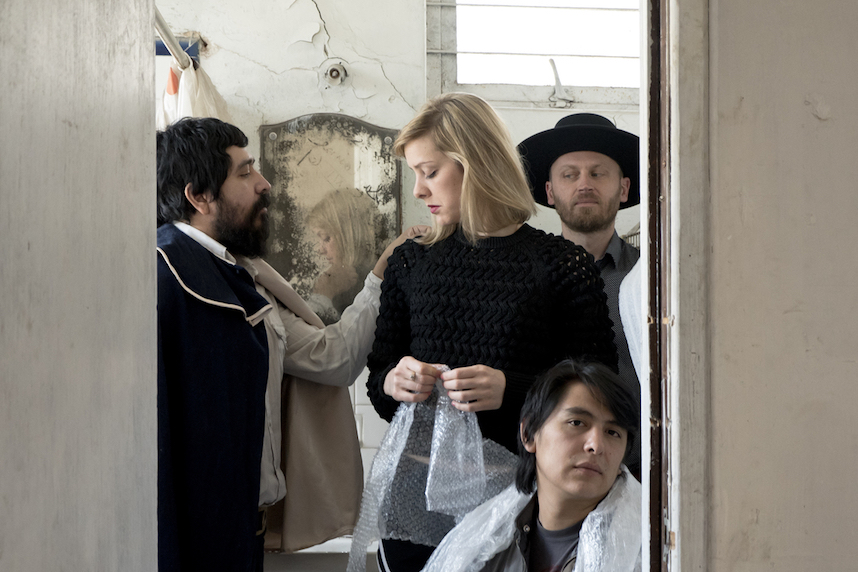 The backstory behind Exploded View, who will be appearing at Rough Trade this Thursday, Nov. 8, is rather interesting: singer Annika Henderson was raised in Wales and currently resides in Berlin, while her other bandmates Hugo Quezada and Martin Thulin are based in Mexico City, which is also where the album was recorded. But there’s no language or cultural barrier on the group’s latest album, Obey. This post-punk-meets-krautrock stew is a work of contradiction: it feels both cohesive and dissonant, accessible and experimental, and alive and claustrophobic. Harsh-sounding and buzzing songs like “Sleepers” and “Come on Honey” co-exist with the more dreamy compositions like “Letting Go of Childhood Dreams” and “Raven Raven.” One can hear a diverse range of influences on Obey, from the Jesus and Mary Chain and Nine Inch Nails, to Can and Gary Numan. Henderson’s deadpan yet commanding vocal is quite reminiscent of the legendary German chanteuse Nico, too. Both the music and the lyrics on Obey are unsettling at times but also quite hypnotic. Tickets are $18 and the show starts at 9pm.