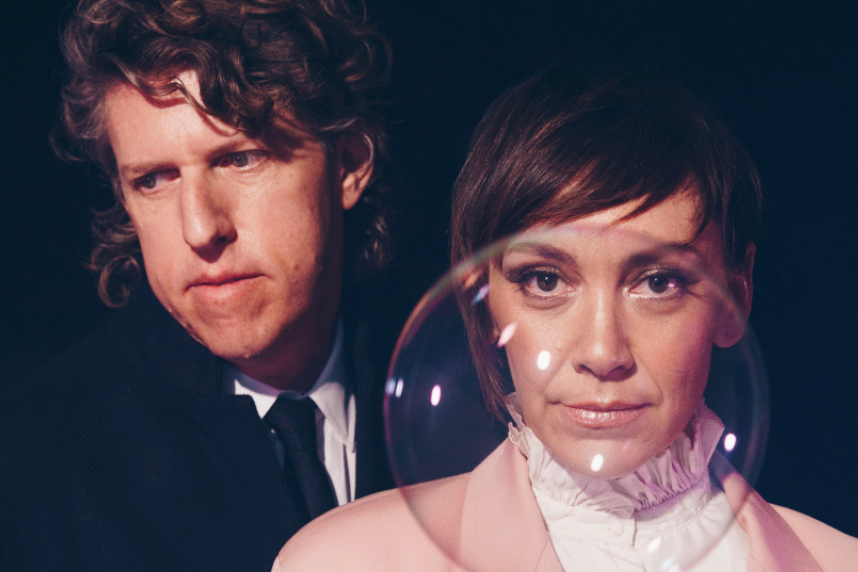 In 2010, the Bird and the Bee, the Los Angeles-based duo of Inara George and Greg Kurstin, released a covers album titled Interpreting the Masters, Vol. 1: A Tribute to Daryl Hall and John Oates. Their jazzy, lounge-styled synthpop renditions of such tracks as “I Can’t Go For That,” “Private Eyes,” and “Rich Girl” perfectly complemented Hall and Oates’ trademark rock-and-soul sound. Nearly a decade later, the Bird and the Bee are back with another tribute album—and their choice is something out of left field: the hard rock band Van Halen.

To make Interpreting the Masters, Vol. 2: A Tribute to Van Halen without any electric guitars (ironic given that Eddie Van Halen’s explosive guitar has always defined the band’s sound) seems like a huge undertaking. Yet somehow George and Kurstin pull it off as they re-imagine VH classics like “Unchained,” Jump,” “Panama” and “Ain’t Talkin’ Bout Love” as sophisticated-sounding electronic pop music. For their interpretations of “Hot for Teacher,” the Bird and the Bee employ Beck for a hilarious spoken-word cameo. The whole thing appears unusual on the face of it, but Kurstin and George’s love for Van Halen is full of sincerity and devoid of irony. George will be touring as the Bird and the Bee to promote the new album, while Kurstin—who is an in-demand hit producer having worked with Adele, Foo Fighters and Sia—will be sit this one out. Expect some popular Van Halen tunes and other charming pop numbers to be performed by the group when they come to Brooklyn’s Elsewhere on August 17.