This summer is the last one that 320 Kent Ave. in Williamsburg will be welcoming the public as North Brooklyn Farms. At the end of the year, Two Trees Management will take back the lease and turn the green space into another section of Domino Park, leaving its founders to find a new place to further their mission. 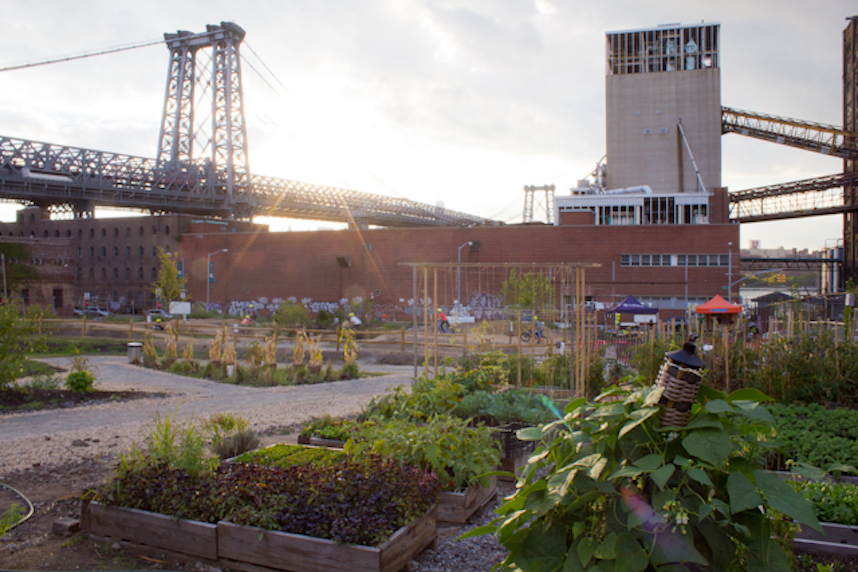 The first season of North Brooklyn Farms in 2013, across the street from its current locale at 32o Kent Ave. Photo: Nadia Chaudhurry

“My goal in starting this farm,” North Brooklyn Farms [NBK] co-founder and farmer Henry Sweets told Brooklyn Based in 2013, “was to explore what is possible with an urban farm in the city and to try to make as much productive green space as possible. I think that being in a vegetable garden in a city, in an active productive landscape, provides a different experience for people than just being in a landscape garden. It resonates with them and registers with them and just makes them feel better.”

NBK has stayed true to its goals to turn underutilized urban space into an urban farm where people can connect with their community and nature, and pick up organic produce, too. Over its past seven seasons, North Brooklyn Farms has hosted community yoga classes, a mobile sauna, live music, storytelling, outdoor dinners and a weekly farm stand. It’s unclear where Sweets will land once this season ends: “Where are we going to move this half-acre urban farm in Brooklyn, in one of the most expensive cities in the world?” he joked in an interview with Bushwick Daily. 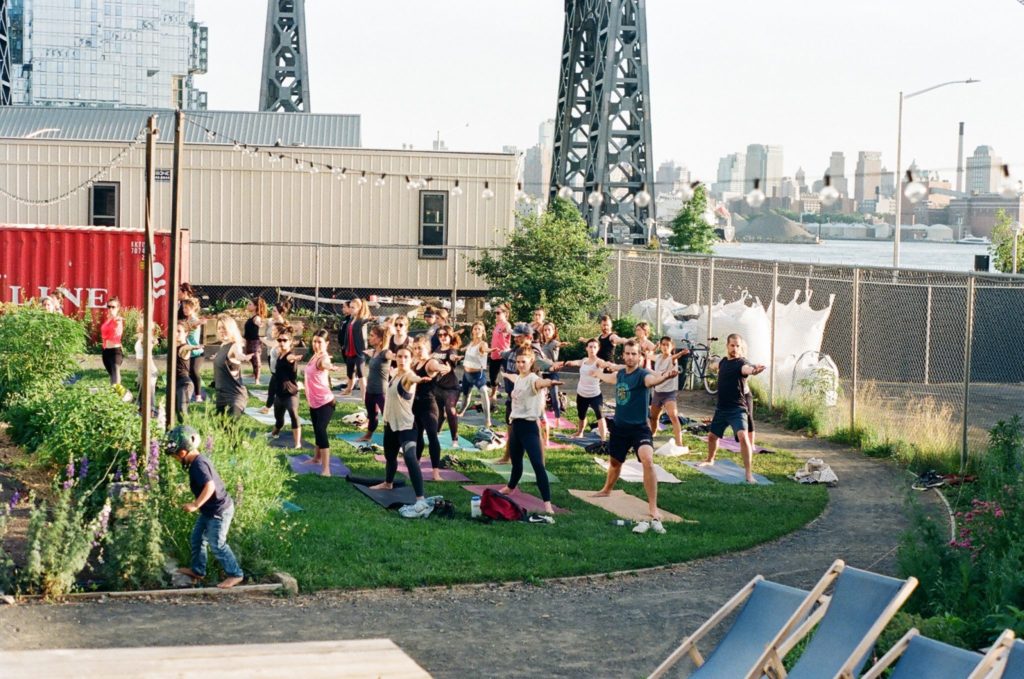 But until then, there is still plenty of summer left to savor these last community hours and events. This Saturday, August 17, the farm is hosting its third “BumperCrop” event featuring a morning workout and meditation session with Mental NYC, botanical bundle dyeing, a wine bar and concert and their last Sunday Supper is this Sunday, August 18. On August 31 its 4th annual Beergarden returns with Other Half Brewing, Threes, and more breweries and food vendors. And each week you can simply spread out on the lawn between 11am to 8pm Tuesday through Sunday or partake in BYOM, donation-based evening yoga every Tuesday evening all the way up until its last Harvest Carnival on October 5. Follow their Instagram for more events as they’re added, and to see where North Brooklyn Farms will take root again.