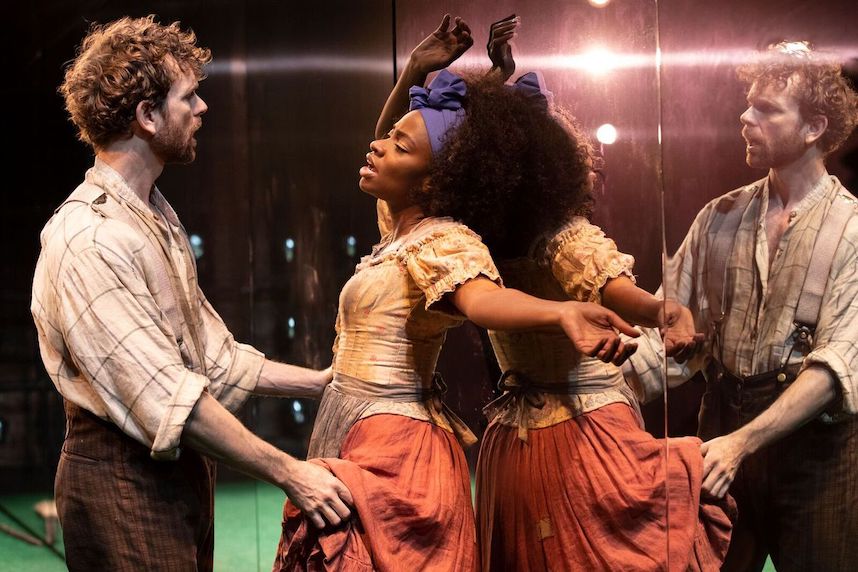 If you’ve always felt that Broadway theater prices are insane, you’ll admire the handiwork of Slave Play’s producers. Tickets to this incendiary, divisive, racially charged, sexually provocative play by Jeremy O. Harris that critics are calling the most daring production to grace a New York stage in years, start at $39. After spending some time on the annoyingly antiquated Telecharge site, I was able to find at least two for Thursday, Sept. 19. Even if they are gone by the time you dig for them, it’s proof that major media coverage hasn’t jeopardized access to cheap seats for this play about three interracial couples and what their unorthodox sex therapy reveals about the legacy of slavery and racism. To ensure it reaches a wide audience, the producers, which include Jake Gyllenhall, made ten thousand $39 seats available and are considering a buy-one-give-one ticket option for premium ticket holders to subsidize seats and other means of packing the house with a diverse crowd. “This is going to burn fast and bright and hot,” the 27-year-old lead producer Greg Nobile told the New York Times. “If you want to be part of the cultural conversation, you must see it.”