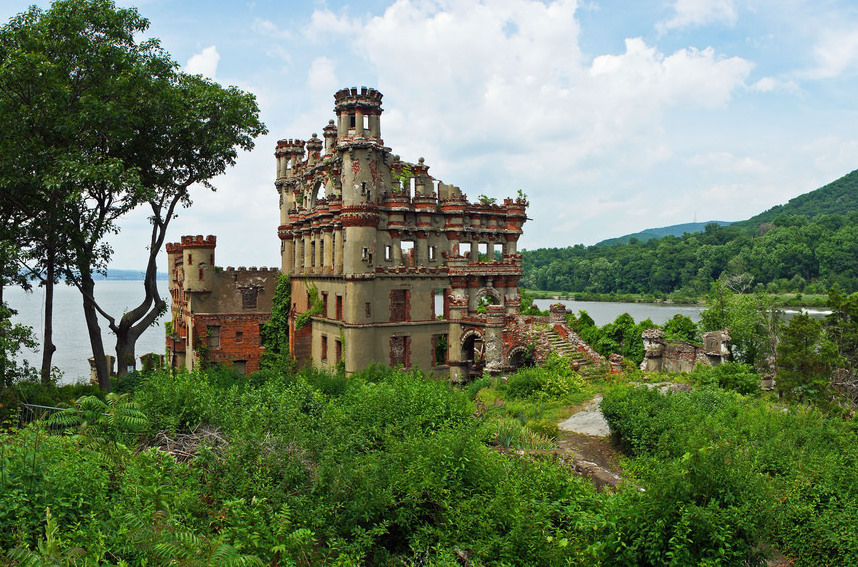 I’ve yet to make it to Pollepel Island, a wild speck of land in the Hudson River between Cold Spring and Beacon, but this Sunday there’s an intriguing reason to visit: a staging of “Dracula” in the island’s abandoned Bannerman castle. Its history is rich: the island was purchased and the castle built by a Scottish immigrant, Frank Bannerman, who settled in Brooklyn at the turn of the 20th century and became the founder of the first Army-Navy store in Manhattan. After aquiring a ton of relics and ammunition after the Spanish-American War, he needed a place to store it, and the castle was essentially constructed to warehouse his booty. By the 1970s, his heirs had sold the property to New York state, the castle mysteriously caught fire, and it’s been closed to the public since, aside from sanctioned tours by the Bannerman Castle Trust. They arrange boat tours on either side of the river, leaving from either Newburgh or Beacon, and on Sunday, the boat for the season’s last performance of Dracula leaves Beacon at 6:30pm for the 7pm show; tickets are $65 each.

You could also arrange a kayak tour of Bannerman Island, or take a walking tour on Sunday or Saturday, though a beer festival happening in Beacon at the same time may tempt you to stay behind.