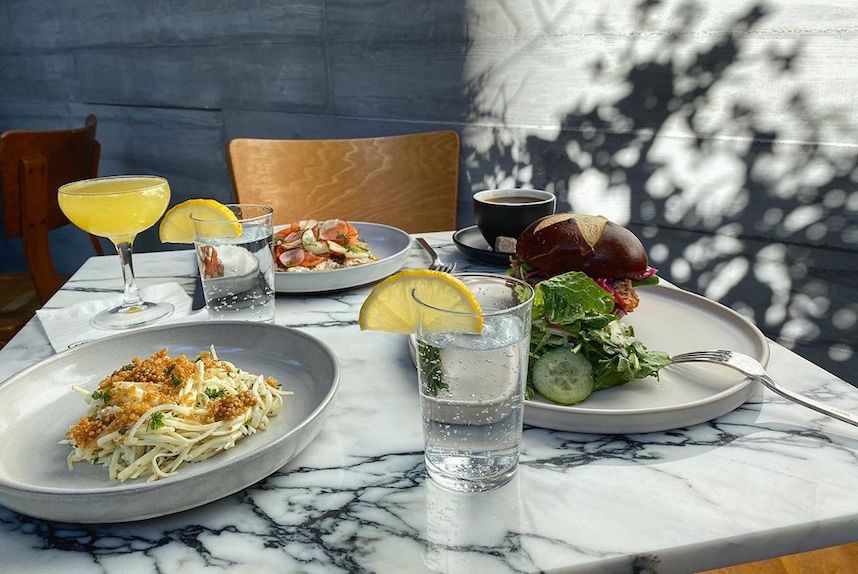 At the upscale Bathhouse restaurant, you can dine in your kimono after a visit to its subterranean spa. Photo: Bathhouse

By now your inbox has been flooded with emails on goal setting for the new year, mocktail recipes to help stay on track during Dry January and projections for what this decade will bring in terms of food and drink trends. A big theme this new year, unsurprisingly, seems to be all things plant-based. The planet is on track to become the cause of the year, and growers, chefs and diners alike are looking for ways to consume food in a more environmentally conscious way. Countries like Japan and Mexico are also having their moments in terms of hot travel spots offering exotic flavors and burgeoning food scenes. As we look forward to 2020, many of the restaurants and bars in Brooklyn we are most excited to explore reflect these themes (although we’re still unsure how this whole lasagna trend will play out). Here is a roundup of the newest hot spots to add to your list this season. 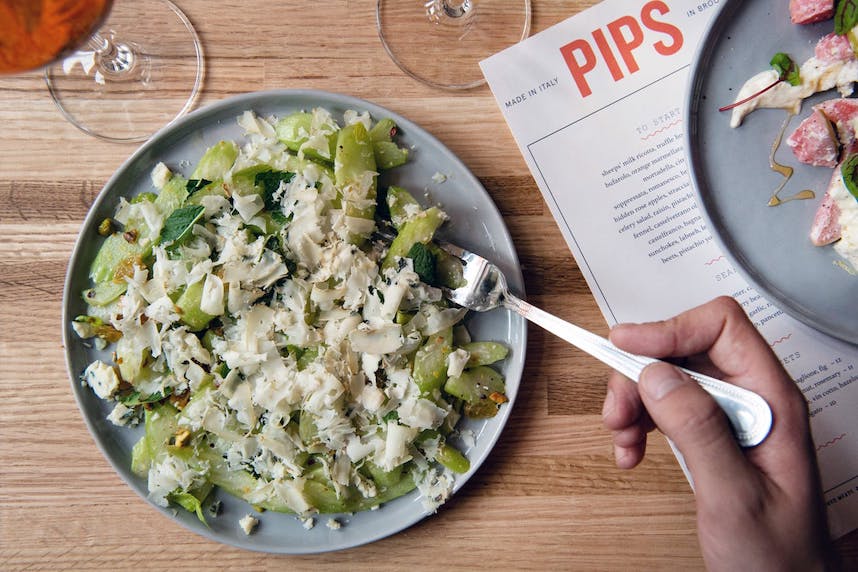 Brooklyn Heights and Carroll Gardens welcomed two new spots in December featuring strong culinary teams with legitimate track records. Pips took over the former Chip Shop location on Atlantic Avenue. Perhaps it’s a reflection of our eating psyche in 2020, that a natural wine bar would replace a British pub most known for fish & chips and fried twinkies. The team behind neighboring Colonie and Gran Electrica now offer a menu of small plates inspired by coastal Italy along with an extensive list of amari and Italian-style cocktails and a robust selection of natural wines. Pips, 129 Atlantic Ave., Brooklyn, 11201 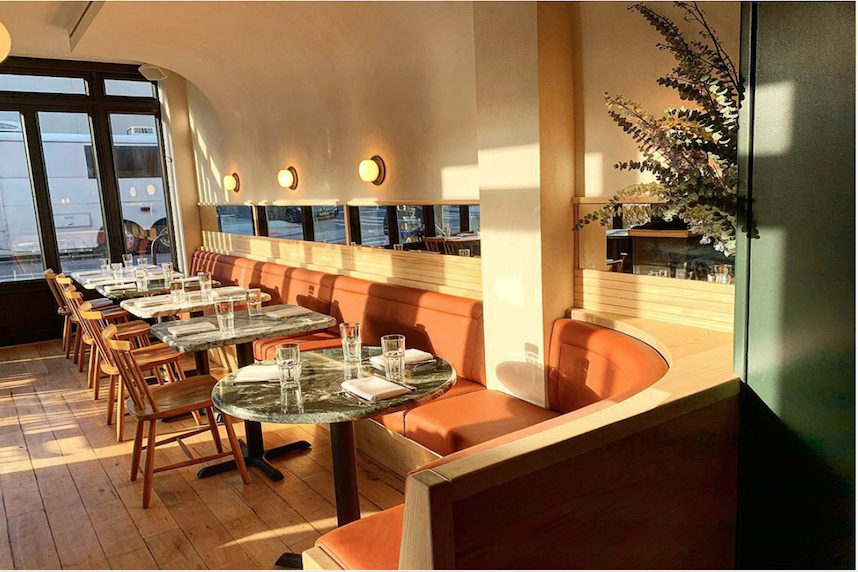 Bar Bete, a welcome new bistro on Smith Street in Carroll Gardens also opened in late December by the team behind the now-closed Battersby and Dover and featuring chef Marc St. Jacques from the acclaimed Toronto restaurant Auberge du Pommier. St. Jacuqes, who also worked for the Ace Hotel Restaurants The Breslin and The John Dory Oyster Bar, created a menu at his first solo restaurant rooted in French Canadian cuisine. Not of the poutine variety though: Think steak tartare with a fried quail egg, chicken a la russe, and aged duck with foie gras. On trend, the menu offers a large selection of natural and “best practice wines,” according to sommelier Nick Ferrante who used to work at the Breslin and Terroir. Bar Bete, 263 Smith St., Brooklyn, NY 11231 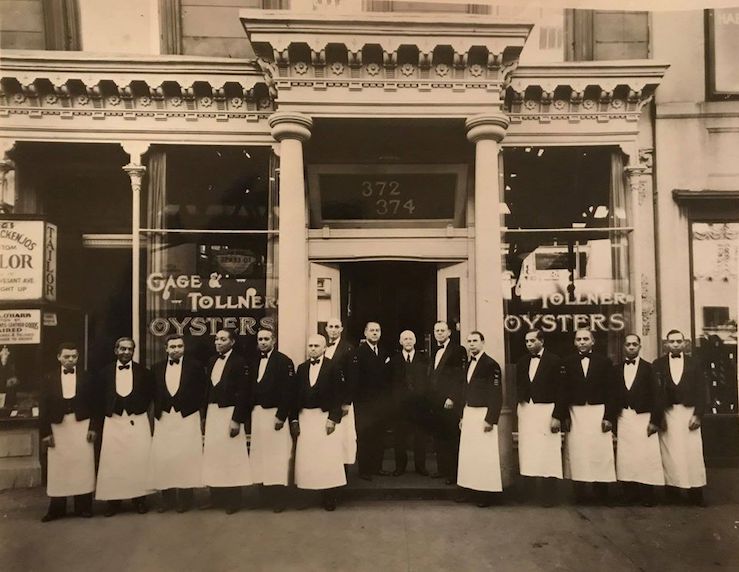 Another highly anticipated restaurant opening this winter will be the historic Gage & Tollner which Kara Zuaro recently wrote about here. The original oyster and chop house opened on Fulton Street in 1879 is being reimagined by the teams behind The Good Fork, Insa and Fort Defiance. The new restaurant is scheduled to open this month and will offer American fare including steaks and oysters staying true to its roots but with modern twists. We’re most excited about the Sunken Harbor Club upstairs, a permanent manifestation of the weekly pop-up tiki bar at Fort Defiance. Gage & Tollner, 372 Fulton St., Brooklyn, NY 11231 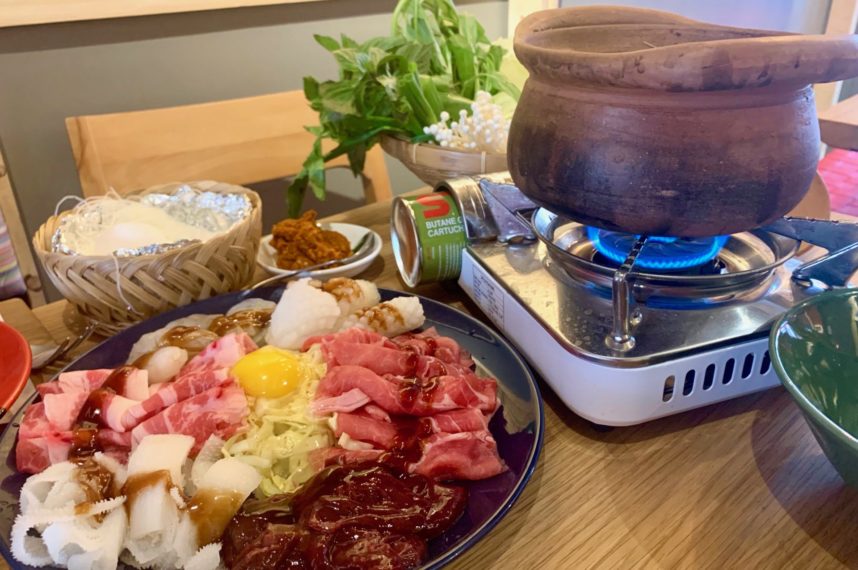 The Northeastern Thai restaurant Somtum Der, which arrived in the East Village by way of Bangkok in 2013, just opened a new location in Red Hook. This one is smaller than its predecessor, but also offers an item the original doesn’t: jaew hon, Thai hot pot. Kara Zuara sampled it and the namesake payaya salad, both perfect pick-me-ups in winter. Somtum Der, 380 Van Brunt St, Red Hook; (347) 227-7855

Yes, we keep finding more and more reasons to visit, eat and drink in Industry City as it has quickly become one of NYC’s food meccas. Just blocks away in Sunset Park, cousins Ali Suliman and Hakim Suliman recently opened Yafa Cafe, which looks like it might be worth the slight detour. The cafe, which serves breakfast and lunch daily, opened this past fall just up the street from the corner bodega run by their fathers and families and servicing the Sunset Park community for over twenty years. The menu at Yafa Cafe blends Yemeni and Brooklyn cuisine, offering everything from a Breakfast Sammy (soft scrambled eggs, caramelized onions, chives, American cheese, topped with sriracha mayonnaise served on a brioche and optional turkey bacon) as well as the traditional Yemeni Shubra Soup (a classic Ramadan oat stew made of bulgar wheat, tomato puree, fresh vegetables, and lemon zest). Better yet, nothing on the menu tops $12. Yafa Cafe, 4415 4th Ave., Brooklyn, NY 11220 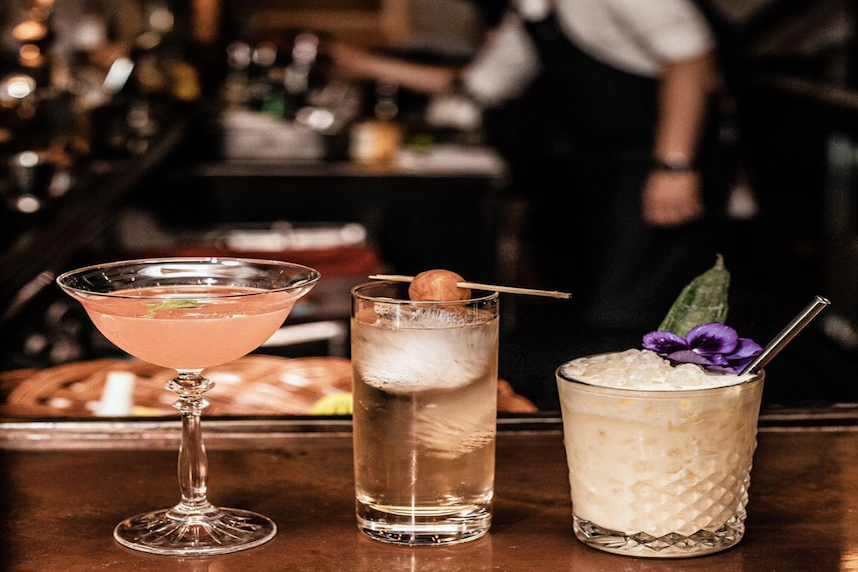 It’s hard to keep up with the openings at Industry City but one we’ll definitely be checking out is Oldies, a Japanese Cocktail Bar inside IC’s Japanese Village, opened by the team behind the speakeasy Angel’s Share in the East Village. The new casual cocktail bar is currently open Wednesday-Friday beginning at 5pm and Saturday-Sunday at 2pm. Oldies, 934 3rd Ave, Brooklyn, NY 11232 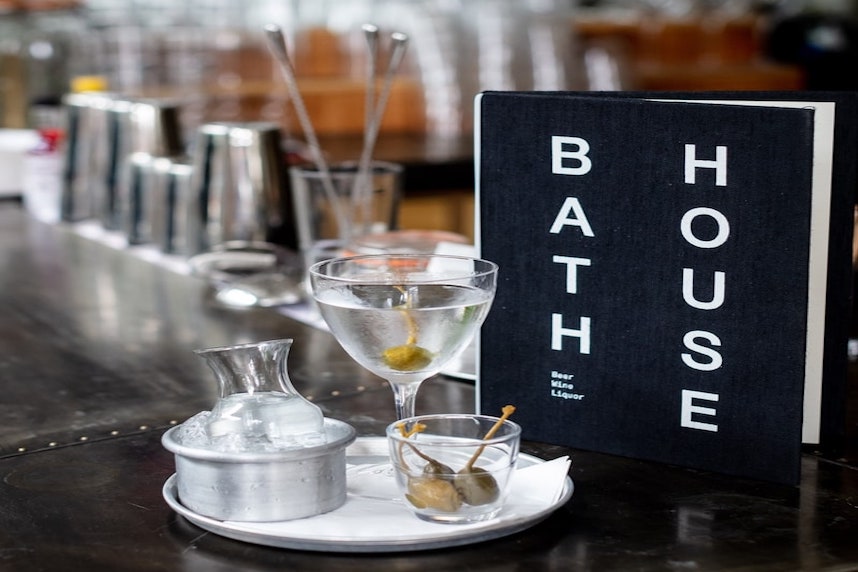 There were countless openings in North Brooklyn this past fall and sure to be more in 2020, yet one we’re pretty excited to explore is the fine dining restaurant that just opened inside Brooklyn’s newest spa, Bathhouse, in Williamsburg. The Northern European-influenced menu is inspired by the food and milieu of traditional bathhouse cultures with a modern approach. The full-service restaurant is open to the public regardless of whether you book a day or service at Bathhouse, and they even provide robes for you to don if you wish to dine after your soak or sauna. Bathhouse, 103 N. 10th St., Brooklyn, NY 11249

For those days you opt to forgo a spa treatment for an excellent pastrami sandwich dripping with fat, we’re happy to report that the ever-popular David’s Brisket House in Bed-Stuy has taken over the former Lebanese restaurant Wafa Express in Williamsburg. The new restaurant, working under the name Pastrami Masters, will offer much of the original menu from David’s along with some of the favorites from Wafa’s like classic shawarma. Pastrami Masters, 812 Grand St., Brooklyn, NY 11211 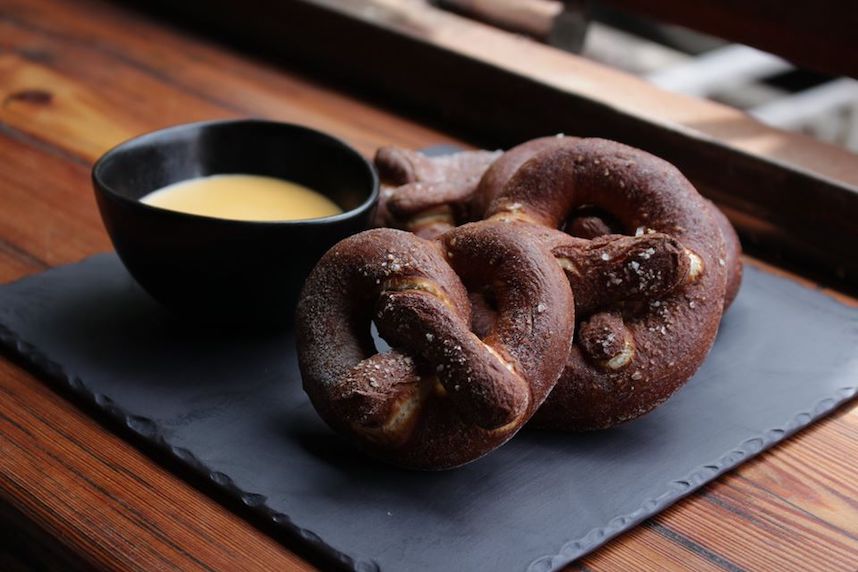 Another trend not mentioned above has to be Dolly Parton. The country music star has been able to maintain mass appeal while crossing political chasms, and WNYC even launched an entire podcast exploring the legend. While not necessarily named after the star herself, Dolly’s Swing and Dive Bar recently opened in Williamsburg and pays homage to the celebrity by plastering images of her albums in the bathroom. (The interior of the bar was designed by local artist Teresa Brown whose childhood nickname happens to be Dolly). Staying true to the essence of a dive bar, Dolly’s offers classic cocktails for $9 dollars including ones like a frozen one called, The Jane Fonda (Don Papa 7 year, Braulio, Passionfruit, and Lime) and classic bar snacks like Pigs in a Blanket and Warm Pretzels served with IPA Beer Cheese. The bar is currently open seven days a week from 12pm-4am and offers a daily happy hour from 3-7pm. Dolly’s, 101 Kent Ave., Brooklyn, NY 11249 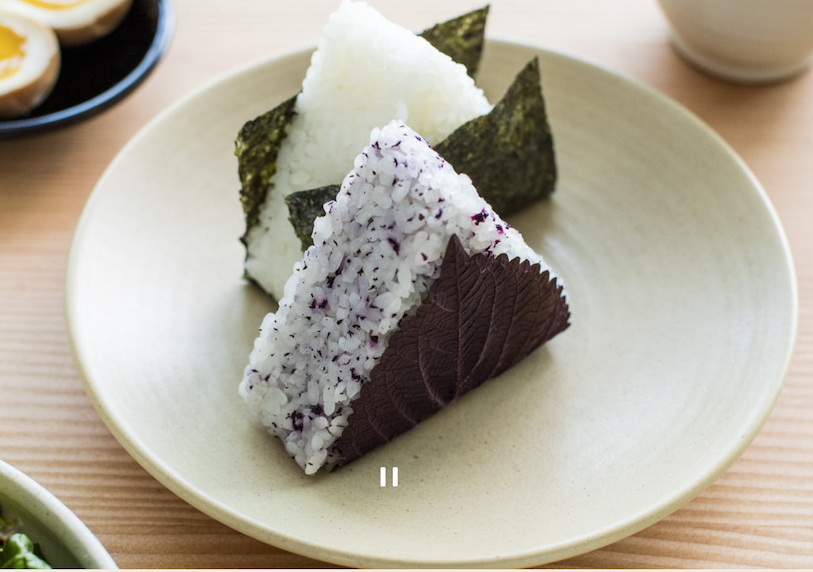 Another spot we have our eyes on this winter is Rule of Thirds, currently available as an event space in Greenpoint with a restaurant opening sometime soon. Word has it this all-day Japanese restaurant backed by the teams behind Sunday in Brooklyn, Yuji Ramen and Okonomi will offer seasonal bento boxes and Japanese souffle pancakes during the day and larger izakaya-style dishes for sharing including hot pots for dinner. Rule of Thirds, 171 Banker St., Brooklyn, NY 11222