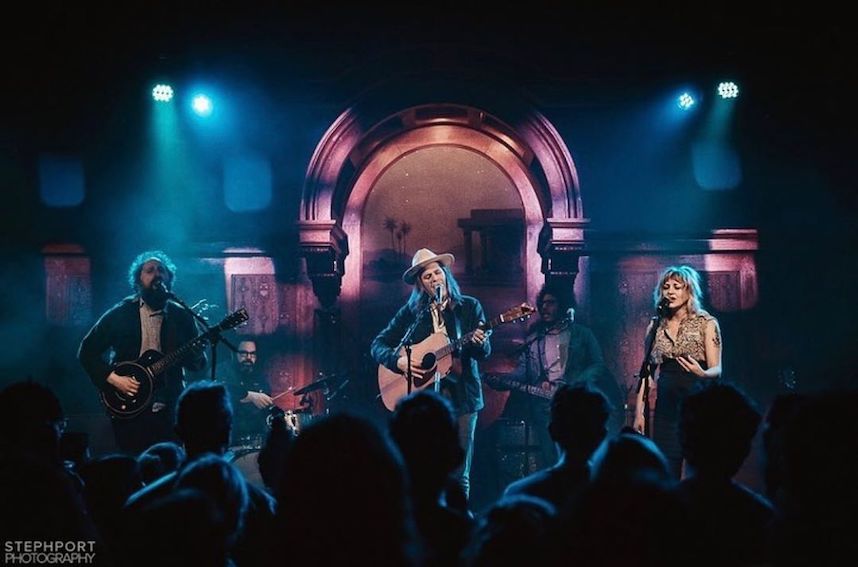 A made-with-love mixtape always beats an algorithm. In our new BB Mixtape feature, we’re sharing hand-selected Spotify playlists from our favorite artists. In each installment, we’ll enlist a band that’s passing through Brooklyn to create a playlist of songs they love.

Bonny Light Horseman weaves ancient music—Appalachian spirituals and traditional English ballads and gospel melodies—into modern folk songs that catch the light like an antique locket. It makes perfect sense that this historically minded trio includes Anaïs Mitchell, who wrote a folk opera based on the Greek myth of Orpheus and Eurydice with the help of Ani DiFranco and Justin Vernon (and then racked up 8 Tony Awards when it evolved into the Broadway musical Hadestown). Mitchell shares vocals with Eric D. Johnson of the Fruit Bats and Josh Kaufman, a Brooklyn-based producer and instrumentalist who has worked with The National, Craig Finn, Josh Ritter, and Bob Weir, among many others. The band just released their first album, titled Bonny Light Horseman, and are playing at Rough Trade on February 6.

Kaufman gave us a shimmering, easy-like-Sunday-morning playlist with track-by-track descriptions that really read like a hand-written letter tucked into a mixtape. He offers some extra background on the Bonny Light Horseman record, along with a private glimpse of Josh Ritter writing lyrics on fly and a brand new track from Walter Martin (formerly of the Walkmen) that’s a straight-up doozy of a story-song, stuffed with heartbreak and laughs and loveliness. Hope you love this at much as we do. 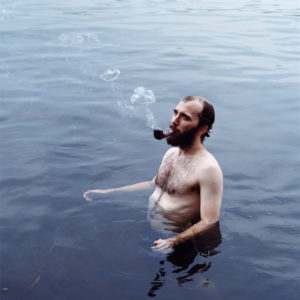 When I was 24/25, Benji got me a printmaking job working with him at SoHo Letterpress. We would listen to music all day at work and often hang afterward and make home recordings… I learned SO much from him about song craft. He’s a thoughtful and prolific artist – listen to Benji Cossa!!!! “April” is the first song of his I fell for.

“See Me Through” by Josh Ritter

Josh believed in me and asked me to produce some music for him back when I was starting out and didn’t know what I was doing yet. He brought in this song and we cut it very quickly at my first shared Brooklyn studio – homeward sound, in DUMBO. I watched him change lyrics and make small beautiful adjustments on the fly.  My fav: hearing ritter mutter softly on mic…”the …. blackness… the blackberry blackness!” and then that line got stuck in my head forever. He’s a legend and I think his music will last.

“Rings In the Trees” by Yellowbirds

Old friend and collaborator Dawn Landes introduced Sam Cohen and I at a gig about 12/13 years ago and we became fast friends.  I think we began making music together the next morning! Figuring it all out together. Playing guitar and writing songs. He’s an all rounder and a lifer. He also wrote this song, “rings in the trees” which was on my wedding mix. 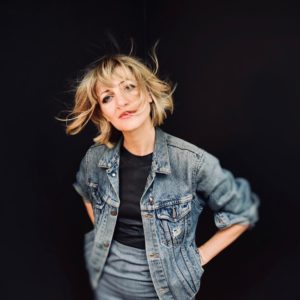 “Coming Down” by Anaïs Mitchell

Anaïs is a good bud and bandmate but she’s also one of my favorite singers and this one really takes me there. Just a magically perfect piece of music… also! Todd Sickafoose produced and plays piano on this cut.  I think about Anais’ songs long after they’re done ringing in my ears and they stay with me like an amazing film, book, painting… you know.

“The Soldier” by Walter Martin

I worked on this recording with Walt.  I don’t know anyone like him.  He wrote this song about his grandfather in-law and it makes me tear up.  I recommend sitting alone and just being with this song/story.  It’s like, 7 minutes long and has a lot of details. Travels from the South Pacific to Staten Island through several generations and is a real narrative masterpiece!

Come on, Come on by The Poison Tree

Steve Salett wrote this song and sings it too. It’s a heartbreaker. Steve is kinda the mayor of Dumbo/Brooklyn music. He owned saltlands recording studio which was a big force in bringing folks together in an area that would otherwise be inaccessible due to rising rents. He brilliantly put this studio in a building where he rented out other rehearsal spaces to an amazing and diverse group of artists.

The Problem Solver by Higgins

This is a song by one of my oldest friends, Kevin Fish.  I cut this song with him and our old pal, drummer Brian Kantor. Kevin’s a longtime influence. One of those friends that turned me on to SO much great music when I was a teenager into my early 20s.  His influence really shaped me. He’s got a knack for melody that is reminiscent of the classic guys like: Brian Wilson, Paul McCartney, etc… his point of view is so specific and funny and honest. Also an amazing multi-instrumentalist. He’s living in upstate New York right now and is a nurse and an amazing person. Wish we hung out more often! Maybe in 2020? 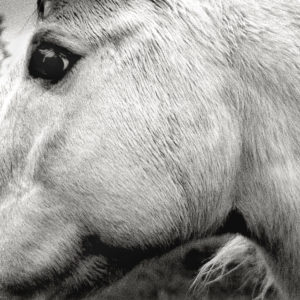 The Roving by Bonny Light Horseman

Anaïs and I had been fooling around with “loving hannah” and came up with this song… this was cut right after Deep in Love and is take 1 of 2 takes. Her vocal is transcendent in my opinion and I love JT Bates’ drum entrance. That cat’s a class act!

Eric D. Johnson is a beautiful creative force with a golden voice. He showed me this chorus on our way up to finish tracking the Bonny Light stuff up in Woodstock, NY last winter and it grabbed me immediately. I had been quietly obsessed w/ Folk Songs of Britain and Ireland a text edited by Peter Kennedy and especially the lyrics to an old ballad called “Deep in Love”  – I asked Eric to try singing over the top of his song these words and it all just laid right in there. Kind of magic. I love this cut. A real one-take deal, tracked very late at night as an afterthought. It’s becoming a real light in our band’s live gig and feels great to see it connecting with folks in person.

MC Taylor makes music that’s harder to describe than it should be. By this I mean: the first time I heard him/hiss I was struck by how much of it felt familiar to me and yet it was totally unique and brand new.  Mike’s writing and music exists on the top shelf of american folk art.  He’s another lifer who I connected with immediately.  Big thanks to Brad Cook for bringing me into that fold. 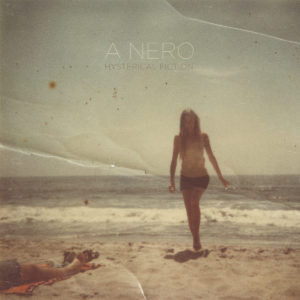 Pearls, I must Confess by A. Nero

My wife and one of my favorite musicians wrote this song and we recorded it at Sam Kassirer’s Great North Sound Society the winter after we got married in 2010.  the melody is based on the trad song: “am i born to die”…   we went up there into the snowy interior of maine with a van full of old friends and instruments and cut a bunch of songs. It was one of many musical honeymoons I feel really grateful to have shared with her.

Bonny Light Horseman is playing a sold-out show at Rough Trade on February 6, 2020.