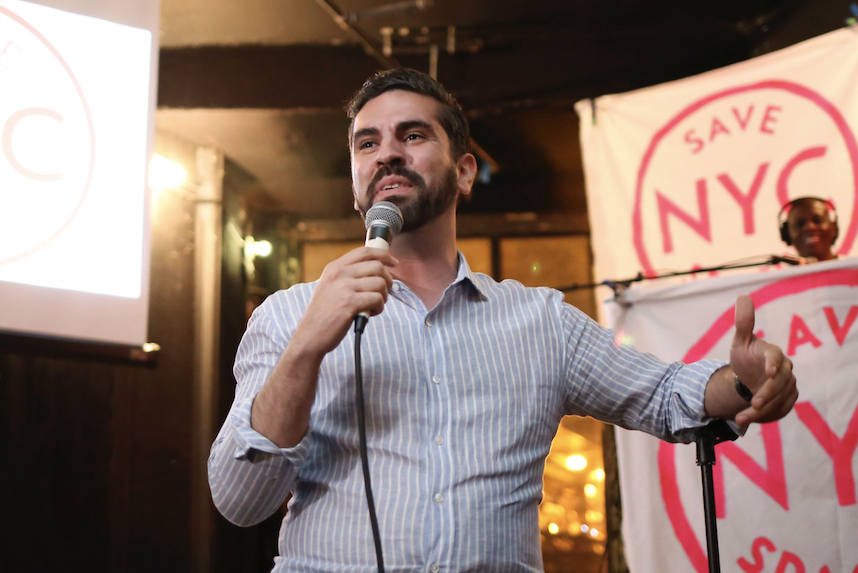 The president of the Freelancers Union, Rafael Espinal

Are you freelance? Have you lost work during this crisis? You’re not alone. With the Centers for Disease Control and Prevention issuing guidelines to mitigate the spread of COVID-19, including to postpone in-person events that consist of more than 50 people, thousands of events, movie shoots, productions, and broadway shows have been – necessarily – cancelled across the city. This has upended the lives of the performers, producers, directors, event managers, catering staff, lighting technicians, and more, who depend on them for their income. The direct economic loss from the cancellation of major tech conferences, such as E3 and SXSW, alone is estimated at $1.1 billion, which is a reflection of the raft of people and their families now facing financial insecurity.

We gave Rafael Espinal, President of the Freelancers’ Union, a call to ask what freelancers can do in the face of this crisis. A former Brooklyn City Councilmember, Espinal has been an advocate for freelancers’ rights since becoming New York’s youngest elected official at the age of 26. He’s to thank for many of the bills that have made New York a freelance-friendly city, such as co-sponsoring the 2016 Freelance Isn’t Free legislation and the “Right to Disconnect” bill introduced in 2019.

How have you seen the coronavirus impact the freelance community?

We’re hearing a lot of concerns from workers about their clients cancelling work. There’s a misconception that freelancers work from home, but you have photographers, models, performers, who depend on venues to stay open. With more venues closing and more employers trying to minimize risk by not allowing people to congregate, it’s creating less opportunities. At the end of the day, they’re not going to have any income for the month, which is putting them at risk when dealing with their own financial situation at home.  We did a survey of our own members and about 80% of those that we surveyed said they have experienced or are experiencing issues because of the pandemic.

For those freelancers who have lost work, what resources are available to them?

We [created] a freelancers relief fund to raise money from people and members across the country to help freelancers facing dire financial straits. We’re currently working off a list that was crowdsourced by freelancers and organisations [connecting] freelance artists specifically to the resources available in different cities across the country. There’s more that needs to be done. I don’t think the economy has seen a virus like this make such an impact on our economy, and we need our local state and federal government to start planning ahead for how we can create incentives and resources for independent workers moving forward.

How about paid sick leave?

It exists for employees that work for companies, but it doesn’t exist for freelance workers that work independently. Right now, the City of New York has put together a stimulus package to support small businesses by providing low interest loans of up to $75,000, but there has been no talk of how that’s going to help self-employed New Yorkers. Those are the type of programs we need to see coming into place. How do we provide freelancers with loans that have zero interest to ensure they can pay their bills without fear? That is something I’m going to focus on moving forward.

What can freelancers do to pressure policymakers to do this?

It depends on where you live and who your local representative is. I encourage people to look that up and place a call to their office, but also reach out to the Union. We’re actively compiling a letter to officials and it would be helpful to have the voices of workers.

How about healthcare. If freelancers aren’t currently insured, where can they go for coverage?

The mayor has been speaking about insuring anyone who is impacted by the coronavirus will get treated and will not have to worry about medical costs. Those are protections on a general level, and, because how quickly this has all been escalating, we’re compiling what other resources are available on the health front.

What does membership to the Freelancers Union offer?

[When we are not in a quasi quarantine] You have free access to our coworking space in Dumbo. You don’t have to pay a fee and you can use it twice a week to get out of the house. We also have partnerships with many different companies that provide services for freelancers and you’ll have access to these discounts.

Can people call the Freelancers Union with questions?

The Union is very focused on advocacy, and in moments like this, we want to stand up and make sure freelancers’ voices are heard. If you want to reach out to the union for general help, email membership@freelancersunion.org.

Now more than ever it’s important for freelancers to organize and lean on each other as a community. We need to hear their voices in the local governmental process to ensure whatever comes out of City Hall or state government includes and addresses their concerns.

The Freelancers Union is free to join. Visit freelancersunion.org for details.