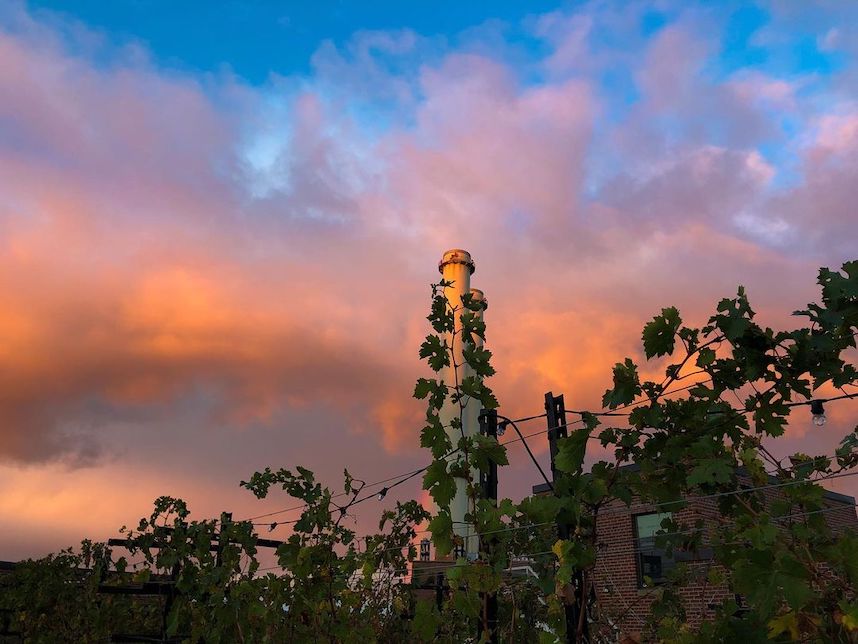 Aaaaaaand we’re back, with another fabulous Friday, friendos! We’ve only got a few short weeks til the clocks change, so let’s soak up those early evening hours of sunlight while we still can, right? Now’s a great time to make after-work cocktail plans with the friends that you’ve hardly seen for two years or take a long interborough bike ride or make a trip up to Storm King. I’m not going to pretend things are totally back to normal yet, but every week it seems there’s some new development that brings us an inch closer to the way things used to be and it’s starting to feel like we’ve got forward momentum, do you agree?

Last week, I rediscovered Costco, Ikea, and the Brooklyn Public Library; this week, I had to work a shift at the Park Slope Food Coop for the first time since February 2020; and this weekend I have plans in the city on Friday, Saturday, AND Sunday, which is sort of blowing my mind (baby steps, folks). Among other things, I’m going to the Jasper Johns exhibition at The Whitney, which will be my first time in a museum since the pandemic hit, and that alone feels like cause to celebrate.

What are you all up to? If seeing some live music sounds like it might hit the spot, you should consider attending one of the free global street band performances scheduled for HONK Nyc’s final weekend. It’s also the final weekend of the 14th annual Bushwick Film Festival, which includes virtual events as well as a full day of in-person screenings on Saturday at the Regal Cinema in Downtown Brooklyn. If you’ve got some cash burning a hole in your pocket, you can show your support for local indie makers and do some early holiday shopping at the FAD Market at the Invisible Dog Art Center, or the BK Queer Flea happening all month in Bushwick’s Rice Studio.

Despite the weirdly summery weather last weekend, it seems like we might finally be officially in soup season, and Saturday’s Bowl of ‘Zole pozole and mezcal festival, an all-inclusive affair in Williamsburg featuring ten top chef’s take on pozele, sounds like a worthwhile endeavor. On Sunday, you might get weird at the Bell House’s Oktoberfest, an afternoon outdoor party featuring beers, German snacks, live music from Melina and the Oompahs, and raffle prizes; or book some time to watch the sunset from the elevated garden at Rooftop Reds, if you can manage to get home in time for Succession, that is.

Later on in the week, the inimitable Stacey Abrams will be appearing live at Kings Theatre on Tuesday night, and there are still tickets available. And on Thursday, you can celebrate International Bat Week at Greenwood Cemetery, which is hosting a special presentation on urban bats from an NYC Audubon conservation biologist.

In other odds and ends, I still don’t have a Halloween costume in mind, but I did eat a boxful of Taiwanese snacks that arrived at my door through my Universal Yums subscription, which I’m thinking will make a good Christmas present for some people on my list. After my flu shot made me feel pretty gnarly for a day or so, I took the opportunity to finally watch all of Hulu’s Only Murders In the Building, which I thoroughly enjoyed. If nothing else, try to find something to watch or read that you really connect with this week. It’s a great way to escape the oddly ritualistic patterns of life right now, and can serve as a nice reminder of the way we used to operate and move around before it all changed so suddenly. Until we meet again, have a relaxing, lovely weekend and a wonderful week ahead.