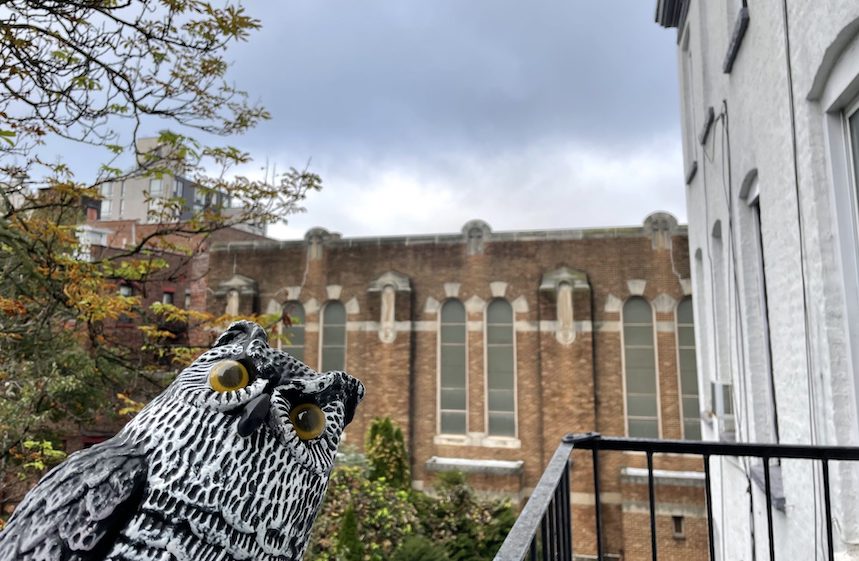 This week’s Election Day edition of The Briefly looks at why Steve Buschemi is still the greatest, the EPA is investigating the North Brooklyn Pipeline, and asks why Eric Adams won’t stop talking about his dead rat bucket. Sign up for Rob Blatt’s essential email to stay on top of all the key and quirky news stories around New York.

• Eight things to watch on Election Day 2021. Turnout (which was low for early voting), the City Council’s possibly first-ever majority of women members, and more. (Samar Khurshid for Gotham Gazette)

• Steve Buschemi wins Halloween, dressing as his character Len Wosniak from 30 Rock while undercover in a high school, or if you’ve had the misfortune of not watching 30 Rock, you might know him from “How do you do, fellow kids?” (@DebraWexler_)

• The NYPD defied a City Council request for records related to the police department’s alleged mishandling of 311 complaints about illegal parking in Downtown Brooklyn. (Jesse Coburn for Streetsblog)

• Podcast: Solonje Burnett, co-founder of Humble Bloom, an education and advocacy platform that works with brands in the cannabis and CBD space. (Brooklyn Magazine: The Podcast)

• The EPA is investigating a possible civil rights violation after the state Department of Environmental Conservation said the North Brooklyn Pipeline will not have negative environmental impacts. (Kristyn Brendlen for Brooklyn Paper)

• The apps you need to make your life easier. To add to this list, I’d recommend Exit Strategy, which tells you what subway car and door exits to subway stations are so you waste no time once you get to your stop. (Austin Havens-Bowen for Brick Underground)

• Can anyone stop Eric Adams from talking about his disgusting “bucket of dead rats” idea please? It’s been two years since his “rat summit.” One large trash bag is enough to feed 60,000 rats. How much buckets will we need for that? (Willy Blackmore for Curbed)

• Renderings: A whole new downtown Brooklyn for pedestrians and cyclists that prioritizes people over cars. (Shaye Weaver for Time Out)

• Fifteen-minute grocery delivery is here. Hooray? Wait, why do we need this? (Kyle Beechey for Eater)

• Say hello to the newest tallest building in Brooklyn at 1,000 feet tall, twice the height of the Williamsburgh Bank Building and 280 feet taller than Brooklyn Point. (Anna Rahmanan for Time Out)

• A look at Crosta, Park Slope’s newest pizza spot, which goes out of its way to point out that its pizza is not Neapolitan, but Neapolitan style. (Ben Verde for Brooklyn Paper)

• Despite the new “We belong here” light installation outside the Barclays Center, most of the plaza remains sectioned off with barricades on most days. You don’t belong in parts of here. (Norman Oder for Atlantic Yards/Pacific Park Report)

• The best restaurants in Bushwick according to Eater, following The Infatuation’s picks.