May is here, and everywhere I look I see the welcome signs of spring — robins outside my window, sprays of colorful tulips decorating the drab landscape, new puppies getting the lay of the land in my neighborhood, and all of us trying to figure out what to wear to be comfortable in temperatures that vacillate by a 30-degree margin in the span of an hour. Soon enough, if all goes as planned, we’ll be back in summer-mode, juggling a full schedule of picnics and vacations and beach trips and outdoor concerts and the like, but right now everything feels very slow and emergent, which is a pace that matches my current mindset quite nicely. Although there are a lot of cultural activities to see and experience this month, it all feels like a manageable undertaking, and one that will bring a much-needed respite from the inordinate amount of time we’ve all spent staring at computer and phone screens of late. I’ve rounded up a few ways to spend your downtime in the month ahead that struck me as particularly intriguing — be sure to take note of any and all that resonate with you and start making some plans, people! 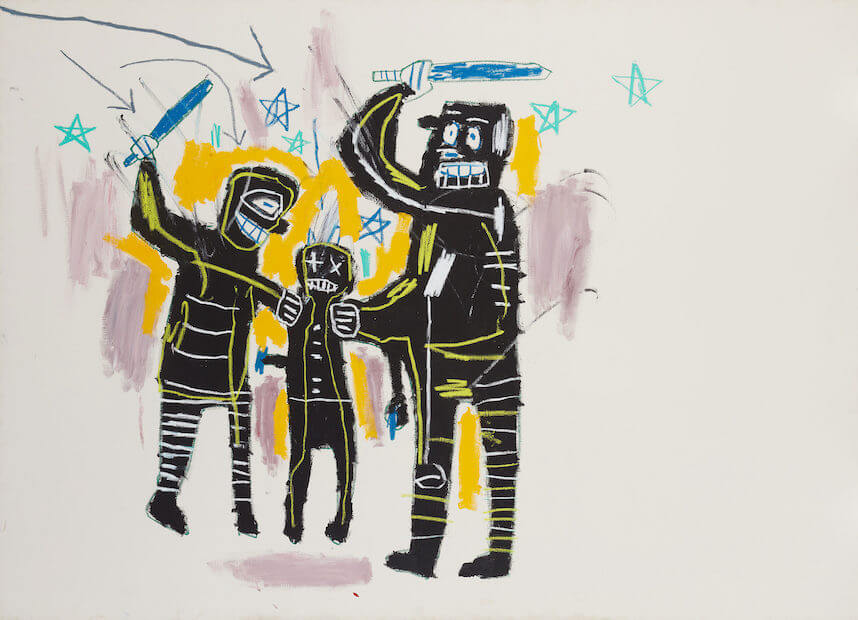 Image courtesy of the Estate of Jean-Michel Basquiat

The new Basquiat show at Chelsea’s Starrett-Lehigh Building has already been open for a few weeks, but I’m including it in May’s roundup because I haven’t managed to buy tickets yet and I’m assuming some of you are in the same boat. This exhibition of the late icon’s work is different from others you may have seen, both because it was curated and organized by Basquiat’s own sisters and because it contains over 200 never-before-seen or rarely shown pieces that provide a new and intimate perspective on his life and work. Tickets are not cheap, especially if you pony up for the “skip the line” option, but they are selling out fast.

2. The Bedwetter, in previews now

On April 30, The Bedwetter, a new musical adaptation of comedian Sarah Silverman’s bestselling memoir of the same name, finally opened in previews at The Linda Gross Theater after a pandemic delay lasting nearly two years. In a tragic turn of events, just as the play’s creative team was putting the final touches on the finished product, Fountains of Wayne singer Adam Schlesinger, who also wrote the music and co-wrote the lyrics with Silverman, fell ill with COVID in March of 2020 and eventually died of related complications shortly thereafter. It feels like a particularly poignant reason to see The Bedwetter, but I’d guess that this show is more than worth the price of admission anyway. 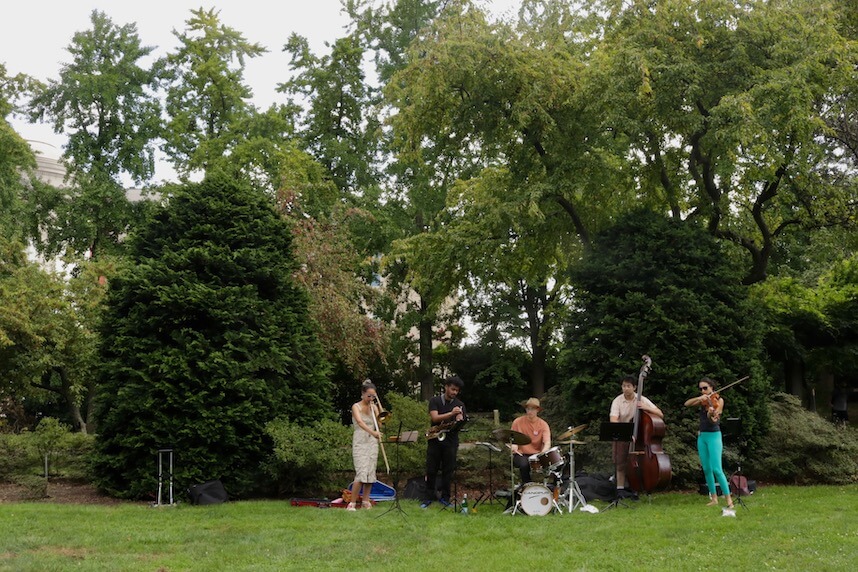 May 14 is World Migratory Bird Day, and if you don’t already have your plans set for that (JK), consider a trip to the Brooklyn Botanic Garden to see and experience Biophony, a collection of live performances of more than 15 new works of music inspired by birds. Between noon and 4pm, Grammy-nominated music collective Metropolis Ensemble will have groups of musicians stationed throughout the Garden playing a wide range of instruments in order to raise awareness about the need to conserve migratory birds and their habitats.

4. Conversations with Friends, May 15 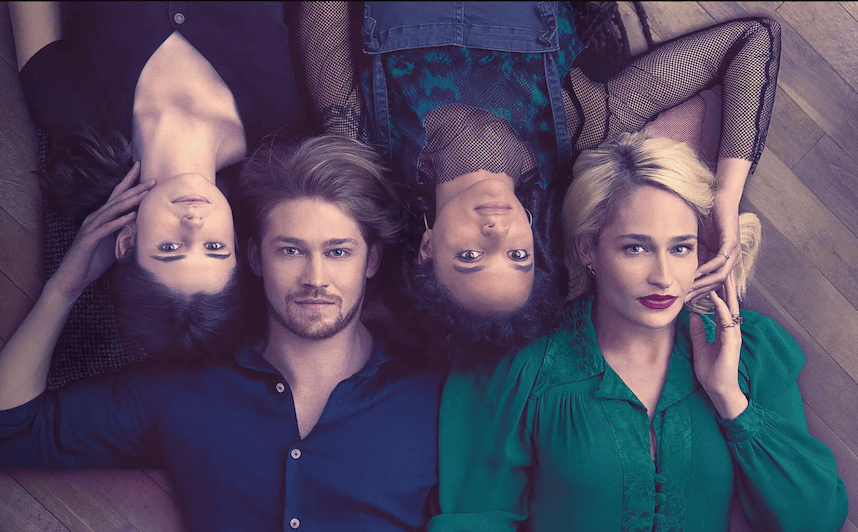 Like all other members of the cult of Sally Rooney, I love reading anything by the young Irish novelist, and if the 2020 television adaptation of Normal People was any indication of the way her writing plays out on the small screen, I am fully signed up for the Hulu debut of Conversations with Friends on May 15. The book, published in 2017, follows the engrossing story of two Dublin students who become entangled with an older married couple whom they meet through the literary scene they are trying to crack into, which made for a very compelling read. 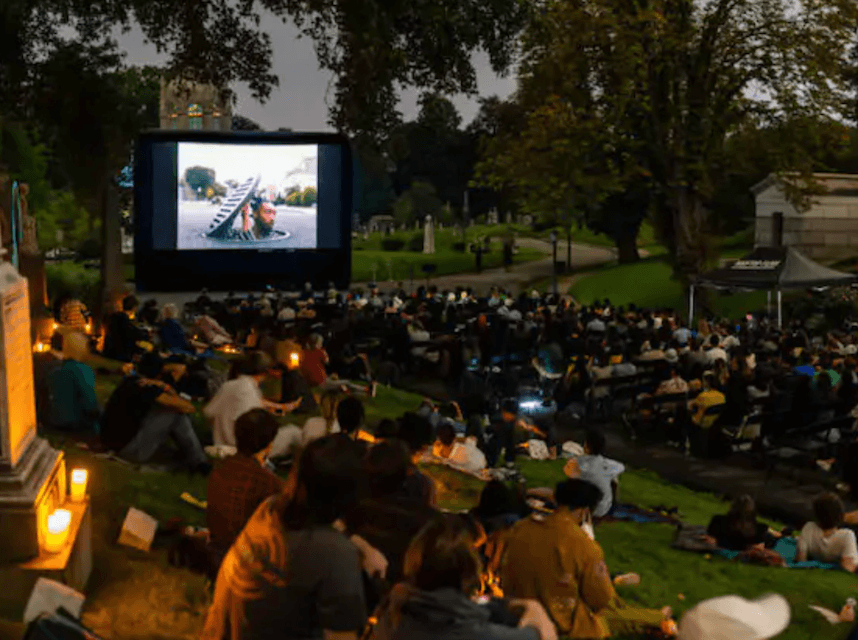 For the past 26 years, Rooftop Films has celebrated the start of its outdoor screenings season with a party featuring some of the best short films from the year before. On the evening of May 20, the bucolic Green-Wood Cemetery will host this year’s opening event, which includes live music by J. Hoard, seven shorts from the US and all over the world, and a Q&A with the filmmakers. This is What We Mean by Short Films: Opening Night 2022 begins at 7:45pm and tickets are still available for $16 each. 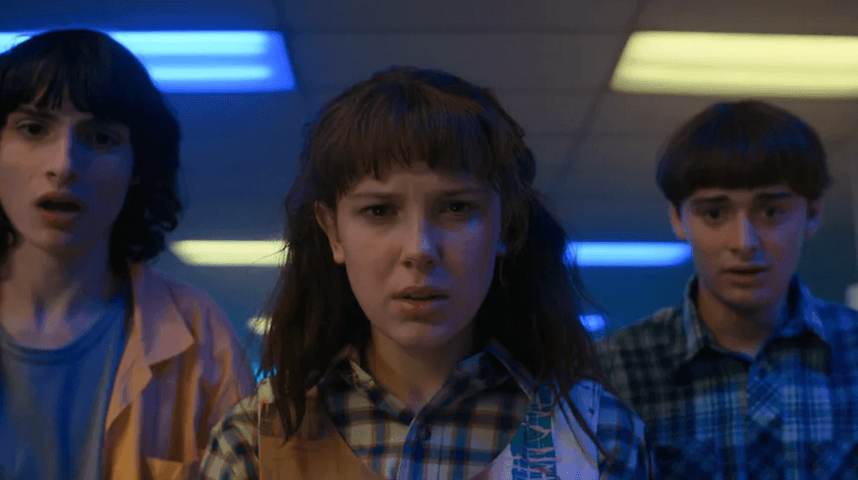 It’s been 3 long years for lots of reasons, including the fact that fans of Stranger Things have been waiting for the hit supernatural TV series set in the 80s to return since Season 3 aired way back in July 2019. On May 27, the first “volume” of the hotly-anticipated fourth season drops on Netflix, and finds Eleven powerless, the gang separated, Hopper in a Russian prison, and a new and terrifying threat from the Upside Down world facing Hawkins. If you start now, you just might be able to rewatch Seasons 1-3 in time to remember who everyone is and what’s going on before the new season starts.

Fellow Xennials or Gen-Xers, did you know that there is a new documentary coming out about alt-rock legends Dinosaur Jr.? On May 28, Murmrr Theatre is hosting the New York premiere of Freakscene: The Story of Dinosaur Jr., which celebrates the band’s highly influential career and features exclusive interviews with members Lou Barlow, J Mascis, and Murph, as well as some of their musical contemporaries in bands like Sonic Youth, My Bloody Valentine, and The Pixies. Following the film screening, audience members will be treated to a special Q&A and a live performance by J Mascis.

Juneteenth is just around the corner, and on May 30, The Bell House, in collaboration with Greenlight Bookstore, is hosting a launch party for a new cookbook dedicated to the holiday by acclaimed food writer Nicole A. Taylor. Watermelon & Red Birds combines traditional African-American cuisine with contemporary flavors in delicious recipes that will inspire you to celebrate Juneteenth in a few weeks and throughout the year. Tickets are $15 each, or $30 if you want to bring home your own copy of Watermelon & Red Birds.

9. Matisse: The Red Studio, on now at MoMA 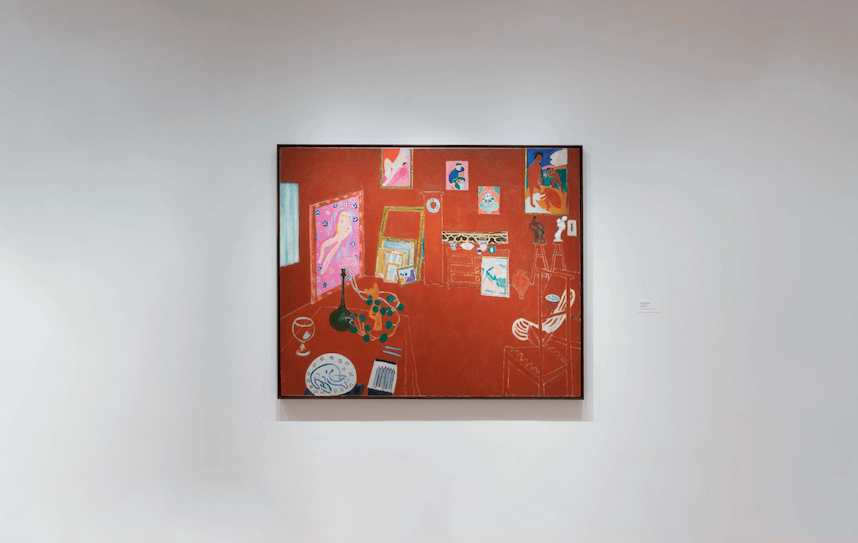 The Red Studio, a large format painting by Henri Matisse of his own Paris studio, is one of the most prized pieces in MoMA’s permanent collection, and as of May 1, you can see it in a whole new light, because a new exhibition called Matisse: The Red Studio has reunited the work with the six paintings, three sculptures, and one ceramic piece by Matisse depicted in it that still survive. It’s the first time all of the objects have been together in the same room since 1911, when Matisse painted The Red Studio.