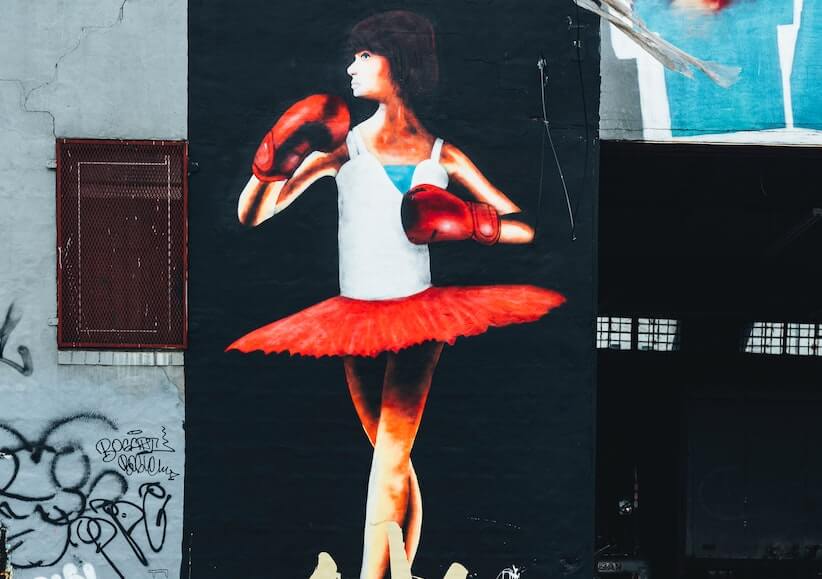 Photo by Nelson Ndongala on Unsplash

We are living in fiasco times, friends, and that’s pretty much all I got this week. I won’t go into the horrifying leaked draft opinion from SCOTUS or our now-certain descent into facism, because by now you’ve read all the takes and pondered all the disastrous implications and, if you’re anything like me, you might just chuck it all in if you have to endure another depressing conversation about it. Except you say that, and then you immediately go off on an hour-long rant to a friend who feels the exact same way as you do about it but it feels good to yell and so you just keep yelling and make plans to go to this protest on Saturday and yell some more. But that’s not what I want to talk about in this, a newsletter that is ostensibly supposed to make you want to go out and do things, not curl up into an intermittently showered ball of despair on the couch you’ve been slowly and painstakingly molding to the shape of your butt since March 13, 2020.

So here are some things you can do that might make you feel a flicker of positivity this weekend: see if you you can grab one of the few remaining tickets to Hannah Gadsby at BAM (I went on Wednesday and it was perfect); watch Heartstopper on Netflix and get completely wrapped up in a British, queer, teen love story that will have you smiling ear to ear; or plan a low-key getaway at Callicoon Hills, an easy-going, charming resort upstate where I rang in a good friend’s birthday the weekend before last.

This weekend marks the first-ever NYC Japan Day Parade, which is happening on Saturday on Central Park West, as well as the grand opening of the Flatbush Central Caribbean Marketplace, which means there will be all kinds of events and workshops taking place both Saturday and Sunday. If that whets your shopping appetite, you might also head to City Point to check out The Makers Show, which runs both days and features the crafts, gifts and other unique wares from a slew of local vendors.

There are still tickets available to catch Interpol in their two-night run at Kings Theatre, or maybe the Swamp In the City Cajun Creole Music Festival in Red Hook is more your speed. I mentioned it earlier this month in our May Culture Calendar, but I am pretty into the idea of Biophony, an immersive live music event inspired by birds and performed by the Metropolis Ensemble throughout the Brooklyn Botanic Garden this Saturday. Maybe I’ll also wend my way over to an outdoor yoga class at the Brooklyn Museum at 10am on Saturday. I’d also love it if I could muster up the energy to go to Flatiron to see Black Venus, a new photography exhibition at Fotografiska featuring work by big names like Carrie Ann Weems and Kara Walker.

Truth be told, though, I’m pretty much planning my whole weekend around the series premiere of Conversations with Friends on Hulu this Sunday. Well, that and my birthday, which is happening on Monday and will be preceded by a couple of celebratory dinners planned by some pretty amazing and generous friends whom I’m lucky to call mine. If I wasn’t otherwise engaged in being a Taurus, I’d probably try to hit up Greenlight Bookstore’s Monday night launch party for It Was All A Dream, a new bio about Notorious BIG, who would be 50 later this month.

Aside from all that. I can’t wait for another summer of Celebrate Brooklyn! shows in the Prospect Park Bandshell (the lineup was recently finalized), and I’m unreasonably excited about what’s going on at the farmer’s market at this time of year and how to incorporate seasonal things like rhubarb and artichokes into my weekly dinner routine. Hope you all have some mildly dorky thing in your life that gets you similarly amped up and that you get to do a lot of it this week. Whatever you do, make it a good one!