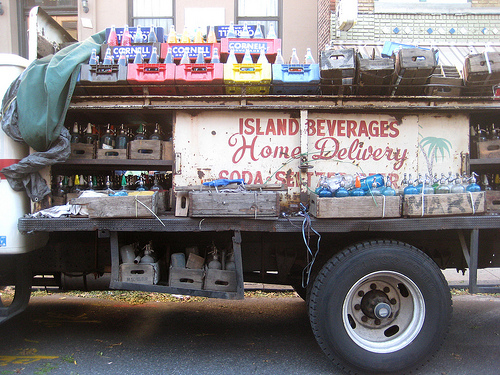 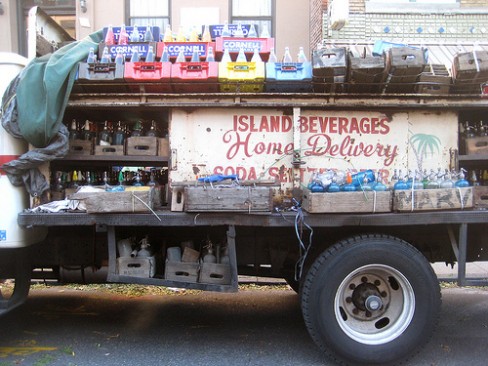 When Nayantara Banerjee, aka The Williamsburg Seamster, took the plunge and turned her side job altering clothes into a full-time business four years ago, she made a decision that she credits as one of the main reasons she’s still working today: She makes house calls.

“When I decided to pursue this fully, it occurred to me that making house calls would give me an advantage over the dry cleaners and perhaps other tailors,” she says.

Banerjee now makes between 20 and 30 house calls a week to clients for fittings and clothing drop-offs. She is among a growing number of local business owners for whom home delivery is a chance to distinguish themselves in New York’s supersaturated ecosystem of tailors, dry cleaners, wine shops and $10 manicures (ok, we haven’t found an in-home mani-pedi service yet–anyone know of one?).

“That’s essentially the challenge to all small retailers,” says Brian Robinson, the owner of Gnarly Vines in Fort Greene, which also makes “house calls” to a number of surrounding neighborhoods for a minimum order of $20–significantly less than many wine shops offer. Since opening in October 2007, Robinson says roughly 10 to 15 percent of Gnarly Vines’ business comes from deliveries.

“For me it was a no-brainer,” Robinson says. “Wine is heavy, especially when you buy by the case or multiple cases. Also, there are still so many bullet-proof glass shops in Brooklyn that have terrible selections and no customer service, so the demand for our products extends well beyond our immediate neighborhood. Many of our customers are willing to pass by two or three liquor store to get to us. I figured I’d meet them halfway so to speak by offering delivery.” Currently they’ll deliver to Fort Greene, Clinton Hill, Downtown Brooklyn, and some parts of Bed-Stuy and Prospect Heights. And for orders of $100 or more, they’ll deliver anywhere in the city.

However Robinson is quick to warn that wine delivery is not like Domino’s Pizza–they can’t guarantee delivery in less than a half hour. Similarly, Heights Chateau in Brooklyn Heights offers free delivery for a bottle (or more) anywhere in Brooklyn, but can’t guarantee same day service if the order is placed too late in the day, or on a Sunday or Monday if the address is outside cycling distance.

A slew of local food businesses (besides FreshDirect) are willing to deliver, too, such as Urban Organic, which offers borough-wide home delivery of organic produce, herbs and spices from its headquarters on Sixth Street in Gowanus, and Manhattan Milk, which recently began delivering its old-school glass bottles of organic milk to several Brooklyn neighborhoods including Fort Greene, Cobble Hill, Park Slope and Brooklyn Heights. And in recent months, BB pal Sweet Deliverance has added Blue Bottle Coffee, Meat Hook meat and Vine Wine mixed-packs to their weekly deliveries of organic prepared foods.

MilkMade Ice Cream just began delivering in select Brooklyn hoods, too. A three-month spring membership–which until the end of the week is open to residents of Williamsburg, Greenpoint, Park Slope and Brooklyn Heights–starts at $50 for one pint a month. Owner Diana Hardeman says members justify the cost because they’re getting one-of-a-kind ice cream made with quality, local ingredients–like the upcoming English Toffee, made with English Breakfast tea and local toffee–delivered to their door.

“Growing up we had milk delivered to our house, and this is definitely reminiscent of the milk man,” says Hardeman, who’ll expand delivery this summer to more Brooklyn neighborhoods.

Then of course there is Ronny Beberman–Ronny the Seltzer Man–who’s become an institution in Brooklyn because he drives the last “real seltzer truck” in the borough, and has for the past 40-plus years.

“It’s a little harder in today’s economy and all,” says Beberman, “but there are people out there that are still interested in getting service, and that’s why I’m still here.”

Have a favorite home delivery service? Spread the word in our comments»