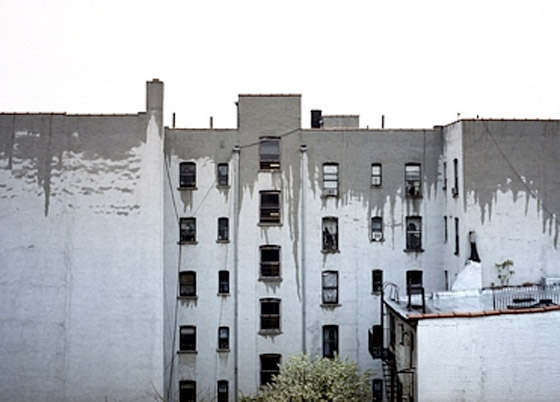 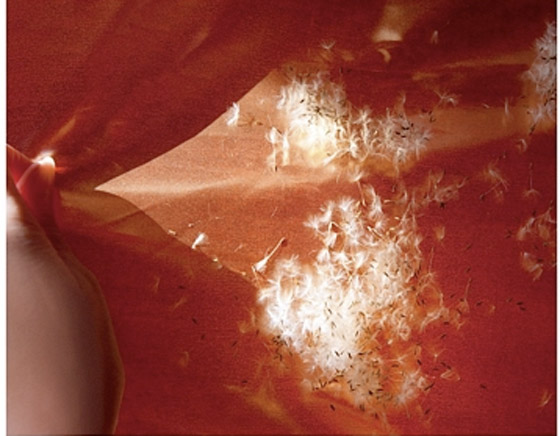 There are a few benchmarks of urban adulthood, at least apartment-wise. You shed the roommates, hire movers to help you when get a new place, replace the futon with a real couch, buy high thread-count sheets and enough silverware for more than two people to eat at once. And then, after all of that, you start to think about whether or not you can afford to throw out your posters and hang art on your walls.

Uprise Art wants to help you adorn your walls while making art collectors out of anyone with $50 a month to spend on art. Here’s how it works: You join Uprise and pay $50 per month, per piece of artwork you would like have in your home, with a three-month minimum. You pick your piece or pieces from the online gallery. Uprise frames, delivers and installs the work (delivery is an additional $30, installation $20, the professional-quality framing is free, delivery and installation is free with three or more pieces). You can, at any time, change your mind and send a piece back or swap it for another. But, if you fall in love with a $1000 Millee Tibbs  photograph after three months, then you’ve accumulated $150 toward the total purchase price. You can keep the piece and the installation payment plan indefinitely. The artist has an option after a year not to renew, but Uprise and the collector have first dibs on buying the piece if that’s the case.

Uprise, which launched June 1 and is still in beta–a bigger, fancier site is on the way–is the brainchild of Brooklyn artist, dancer and entrepreneur, Tze Chun. “The idea is to make it not stressful,” says Chun, who is also the founder of the Tze Chun Dance Company. “People in their early 20s, early 30s are hesitant to collect art because of all the friction points.” Uprise removes that friction by lowering the financial barrier to entry and by displaying works on the web rather than in an intimidating gallery. “From the moment you search the gallery to the moment the work is in your home should not be too many clicks away,” she says.

Chun explained that galleries–both their price tags and their general vibes–can be offputting, especially to new or potential collectors, something that Uprise members echoed.

“In general I’m intimidated by galleries just because the price points just seem so high, and coming in as a young collector it just seems hard,” says Geoffrey Lewis, an Uprise member who currently has pieces by Nick Meyer and Adam Ryder. “Galleries don’t do anything to welcome you when you show up and you don’t know what to do and you feel out of place.”

When he moved into his West Village apartment, Lewis wanted his living space to match his life–young and professional. “I didn’t want to pull out the Bob Marley poster–after graduating from college that’s off limits,” he joked.

There are also advantages over a traditional gallery setting for Uprise artists; they keep 60 percent of the sale price of a piece, a much higher percentage than in a gallery, and receive $20 per month, per work that is placed in a collector’s home, but not yet purchased. “For an artist in my position, straight out of grad school with serious loan debt, framing large prints upfront yourself can be very costly,” says artist Adam Ryder, who lives in Bed-Stuy. “Having Uprise shoulder the burden of the producing the finished piece is a real godsend.”

Bushwick-based artist Brea Souders also noted that for photographers like her, there is a tension between wanting to make their work accessible to their peers price-wise by printing more photos, and making their work attractive to galleries that may frown on large editions. “The traditional model that galleries use is to go with very low editions, making the work more rare and desired by collectors,” she explained. “Whether to make your work in high editions and have it be very accessible, or lower editions and have it be sold for more and considered more ‘collectable’–it’s a difficult situation for photographers to navigate. Uprise is a perfect answer to this problem.”

You have to join Uprise and be a member to start collecting, a feature that Chun added not to be exclusionary, but to make sure that her company cultivates collectors.”It’s a logistical thing to make sure we have serious people who are interested in collecting art and not just renting to show off,” she says. Right now, none of Uprise’s collectors are in Brooklyn, but that’s something Chun would like to change.

By distancing herself from the show-off factor of art Chun is not at all denying how much a piece can change the feel of a room or an apartment. “People don’t realize what they’re missing until it’s in front of them,” she says.

Tiffany Comprés, a lawyer who recently moved to New York, has three Brea Souders pieces in her apartment. As a former gallerina who now represents artists in her practice, she knew that she wanted to shape her space with artwork, but didn’t want to commit yet to buying as she and her fiancé are still negotiating their separate tastes in art in a shared living space. “We have to come to a mutual agreement because we’re a team,” says Comprés. “I’m sure eventually we will buy something, but we have to sit with it for awhile.”

Comprés says that Uprise allows her to support local artists and explore the feeling of different pieces in her apartment without having to make a huge investment. “It gave my living space a more complete, more mature feeling. I had just moved to New York six months before and I hadn’t put anything up on my walls yet,” says Comprés. “As soon as it went up I thought, ‘I can’t wait to have my next cocktail party.’ “