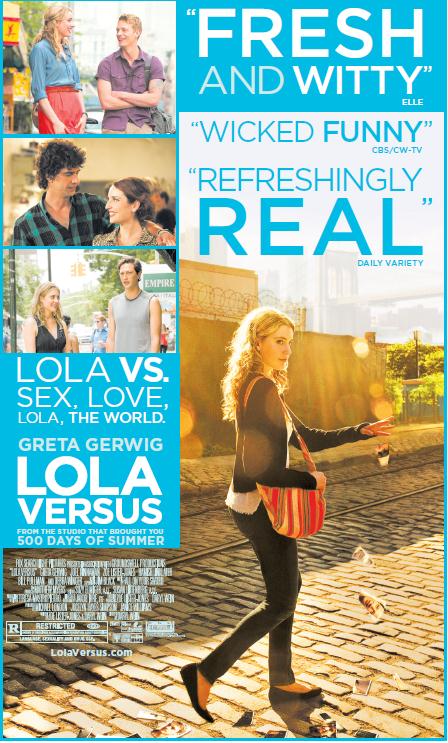 So, it’s summer movie season and it’s a truism that the popcorn movies of summer are all about explosions and one-liners. There are also a lot of quieter indie films that come out in the summer, and lots of film festivals to go to, if you’re after something with more acting and less CGI. The Brooklyn Film Festival is going on now, and BAMcinemaFest starts on June 20.

This week Fox Searchlight is premiering Lola Versus. It’s an indie break-up movie, that yes, features a beautiful girl as hapless klutz, and star Greta Gerwig has been called the next Zooey Deschanel, but it also looks genuinely charming. The trailer promises plenty of awkward sex scenes, if you need to scratch that Girls itch on the big screen. If you have a soft spot for rom-coms, we have a bunch of tickets to see an advance screening at AMC Village on Thursday night. Just go to our Facebook page (and like us if you haven’t already) and tell us your favorite romantic comedy in the comments.