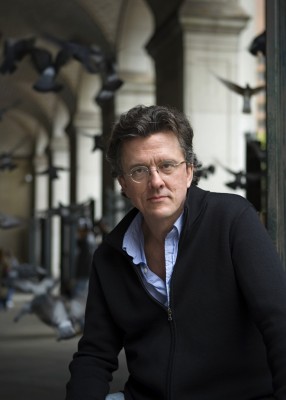 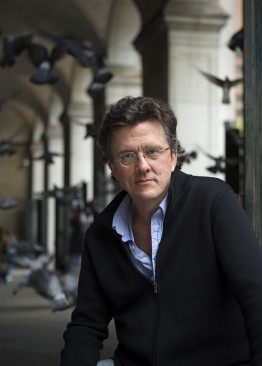 It may be stating the very obvious depending on your point of view, but Brooklyn has certainly been the hotbed of culture. Whether it’s in the areas of music, comedy, literary and fine arts, and food, Brooklyn arguably rivals and even perhaps usurps that of its neighbor across the river in terms of cultural offerings and standard of living.  The borough’s status as the “it” place to be — especially as a destination for outsiders looking to make their mark in the Big Apple–is the focus of this new endeavor from public radio station WNYC called Kings County, a three-part series of radio variety hours created by Kurt Andersen, host of the public radio program Studio 360, and Steve Bodow, co-executive producer of The Daily Show with Jon Stewart.

Each program in the series takes place at a Brooklyn venue and features interviews, comedy and music performances. The first installment of Kings Country kicked off on June 10 at Galapagos with comedian Francheca Ramsey (of “Sh*t White Girls Say… to Black Girls”) and musical act the Ghost of a Saber Tooth Tiger. Two more Kings County programs— to be hosted by Andersen himself—are coming up featuring some impressive guests such as comedians Wyatt Cenac and Kristen Schaal, and musicians Chairlift and the Fiery Furnaces’ Eleanor Friedberger. (The programs are also being recorded for future broadcasts).

I had a chance to interview Andersen and Bodow via email to talk about the genesis of this project, the Brooklyn angle of it, and the possibility of Kings County going beyond its three-program run.

How and why did the idea behind Kings County originate? Is it because Brooklyn seems to be the hotbed of culture?

Kurt Andersen: Pretty much — during the 22 years I’ve lived in Brooklyn, it’s gone from being a place where almost no one I knew lived to being where most people I know live, from being a place where great restaurants and performance spaces and galleries and shops were few and far between, to a place jam-packed with all of the above. There are now more interesting musicians and writers and comedians and artists per capita in Brooklyn than anywhere else on earth — and it’s become a prototype, with thriving Brooklynesque neighborhoods emerging all over New York and in other cities. It seemed like that “new” urban sensibility ought to have a regular broadcast venue.

Steve Bodow: It’s clearly all going on in Brooklyn, right? But more to the point, the show’s not so much about Brooklyn literally, as it’s about the type of culture people have come to identify with Brooklyn–which is of course happening lots of other places as well. Brooklyn’s come to be shorthand. The show’s about the things “Brooklyn” is shorthand for.

Andersen: The other day the Times ran a story from Paris saying that among young Parisians today, the highest praise for cuisine is that it’s “très Brooklyn.” There you go. We’ve replaced Jerry Lewis.

Why these particular artists/performers to participate in this program?

Bodow: Mainly because they’re good. Our co-hosts [Franchesca Ramsey, Lucy Sexton, Kristen Schaal] bring an amazing range of styles and points of view; the comics are funny; the musicians are killers. Lots of them are Brooklyn-based, but that’s not why we’re having them on. It’s more the converse–a lot of the people we want to have on happen to live and work–because of course they do– in the BK.

What do you hope audiences will come away from the program?

Andersen: Feeling like they’ve stumbled into a friendly, surprising, fun clubhouse filled with kindred spirits. And that they may find it harder to use the word “artisanal” with a straight face.

Bodow: A taste of what makes being in northwest Brooklyn so great these days. And a sense that they can find that mix now on public radio.

You have two more slated events scheduled. Is this a one-off or is there a possibility of continuing the program in the near future?

Andersen: We’re focused on producing three cool variety shows of a kind that doesn’t exist on radio or TV.  But if people want us to make some more of them, I think we’re game.