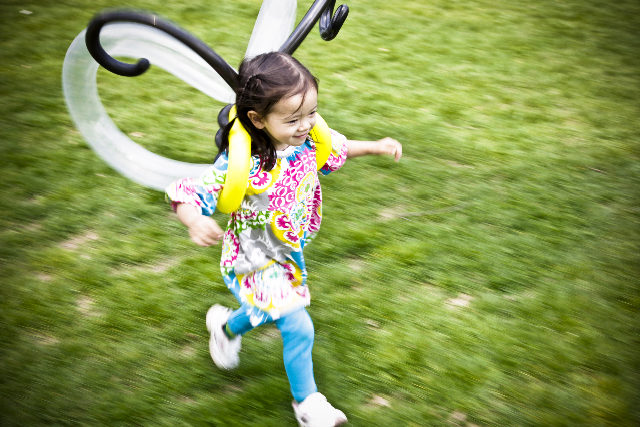 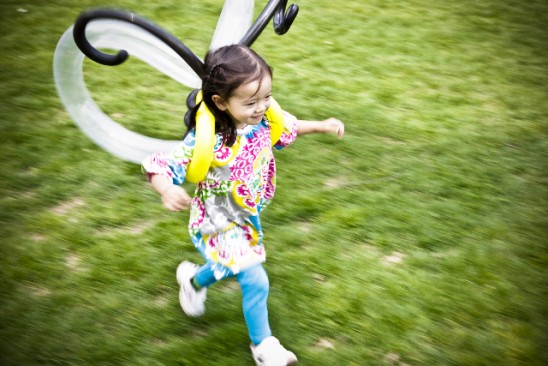 Robert Moy is not a clown. In fact he’s slightly serious when absorbed in his craft—the art of balloon twisting.  I recently had the pleasure of being in his balloon twisting greatness, and it was impressive. As Robert fashioned a cute dragonfly for a little girl, I watched on, mesmerized, as he blew up balloons from an electronic hip pack and twisted, popped (on purpose), cut and embellished the design with a sharpie marker.

We can all attest that when you have children your social calendar explodes with birthday parties and events for the kids. Nearly every weekend you find yourself dashing to buy a present and attend a party, sometimes two in a single weekend. Being the father of a four-year-old boy, Robert found that his longtime hobby of balloon twisting came in handy at these events. When he realized that there was a “demand for balloon craft that’s modern, fresh and cool,” he couldn’t deny that he could have a lucrative career as a full-time twister. And just like that, the Brooklyn Balloon Company was born. 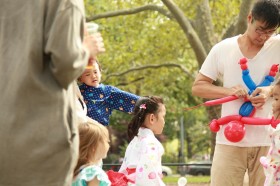 BBC’s creations are magnificent, playful and current. “I try to think about what kids ages two-and-a-half to seven like,” says Robert. This is where he comes up with ideas like a wearable Darth Vader helmet and light sabers, Angry Birds, wearable butterfly wings, Spongebob and a Lightning McQueen that can be worn around a child’s waist. “I get good ideas from my son and his friends. And any requests that come up during parties are a good gauge as well,” he says about his inspiration. At events Robert sets out a card depicting Hello Kitty, a flower ring, a sword, an ice cream cone and several other designs. Children can pick from the “menu” of balloons or challenge him to create something new. He has over 100 unique designs in his balloon arsenal, one of the most extravagant being an adult size T-Rex that uses 17 balloons and takes a half hour to make. (His pricing for parties is straightforward: $200 an hour (with a 12 kid max), $250 for 90 minutes and $300 for two hours.)

The life of a balloon twister is demanding. Practicing and perfecting the latest children’s favorites is a requirement to stay on trend, and a house filled with balloons is the norm at the Moy residence. When asked what his son thinks about his newfound career, Robert tells me, “He wants me to stop making balloons when he’s watching TV because they make too much squeaking noise!”  Yeah, that could get pretty annoying, but having a dad who can provide endless entertainment for you and your friends, well, that’s priceless.

For more info, or to hire the Brooklyn Balloon Company for parties, go to brooklynballooncompany.com