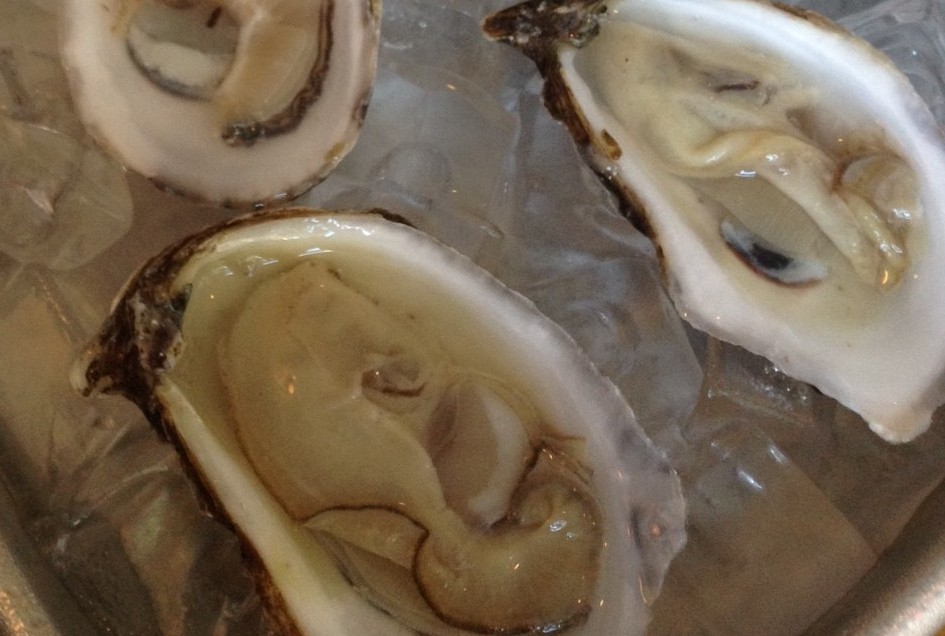 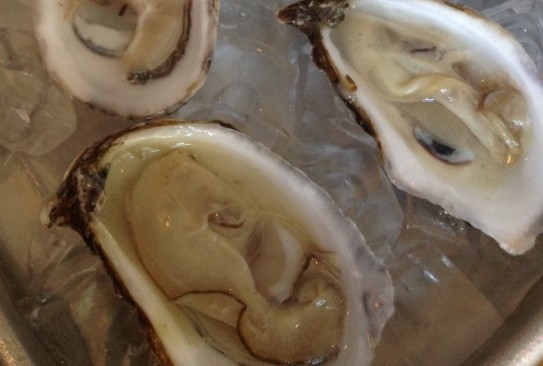 If you’re down with slurping raw mollusks, oyster happy hour is one of the best things ever–there’s nothing like the combination of a bracingly briny oyster with the lively acidity of a crisp rosé or a the bitterness of a hops-heavy beer. Yes, there’s an old adage about not eating oysters in months without the letter “r,” but we looked into it, and it turns out that the rule applies to a much older era of oyster consumption. Oysters spawn in warmer months, which compromises their flavor and texture. However, modern oysters are almost exclusively farmed, and those farmers take great care to manage their oysters beds so that they have delicious oysters to harvest all year long.

Here are a few of our favorite places to get oysters, because they have great happy hour deals, great oysters, or both. Between the heat and the mid-week holiday, Brooklyn feels empty right now, so hit these places up while the crowds are hunkered down in front of the AC or hiding out at the beach. 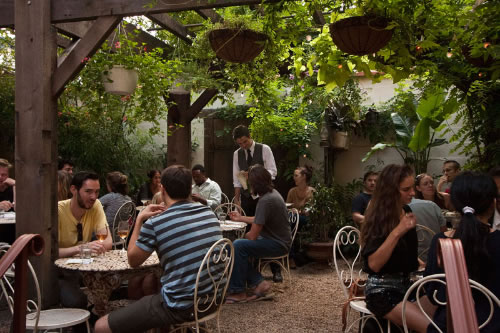 Maison Premiere
298 Bedford Avenue, Williamsburg
Special: $1 oysters, 4-7pm, Monday-Friday
Best drink to pair with your oysters: Absinthe
You cannot talk about oyster happy hours in Brooklyn without mentioning Maison Premiere. With a menu of close to three dozen different oyster varieties and a turn-of-the-century Parisian bar vibe, not to mention an absinthe list, it’s pretty unbeatable if oysters and cocktails are your endgame. It’s especially good if you’re a West Coast oyster fan, as they offer a far larger selection of bivalves from Washington State and British Columbia than you generally find in Brooklyn. The weeknight oyster happy hour at Maison Premiere is an insanely good deal–and everyone knows it. Often, a line forms before 4pm to get in, and you’ll have to be dedicated enough to wait it out if you don’t make it to the first seating. Don’t even think about trying to save a seat for a friend who will show up later. The other thing about Maison Premiere is that, as charming as the huge oval bar, vintage fixtures and lovely backyard are, at times it feels like you showed up to a theme party and forgot to wear a costume, in the worst kind of Williamsburg-y way.

The Ten Bells
247 Broome Street, Lower East Side
Special: $1 oysters, 5-7pm, every day
Best drink to pair with your oysters: Sparkling rosé
If you arrive at Maison Premiere and find an enormous crowd don’t despair. Stroll across the Williamsburg Bridge to the Lower East Side and go to The Ten Bells. The bar is owned and staffed by French guys who love wine, and specializes in natural, biodynamic and organic Old World wines. Two huge chalkboards spell out the bottles and plates of the moment. They have just two varieties of oysters each day, both delicious, and their mignonette–the vinegary oyster bath that comes with–is perfect. Ask your server to recommend a wine; the list changes constantly, and they’re very good at taking a description of what you want and turning it into a bottle that you like so much you order a second one.

Lobster Joint
1073 Manhattan Avenue, Greenpoint
Special: $1 oysters, $4 lobster sliders, $4 draft beers, $16 pitcher, 4-7pm, Monday-Friday
Best drink to pair with your oysters: A pitcher of dark and stormys
The happy hour at Lobster Joint is such a good deal that it’s almost hard to write about it for fear of creating a Maison Premiere-like line situation. They usually have two types of oysters–Naked Cowboys are often on the menu, as are Malpeques. There’s a big, smoke-free backyard with picnic tables, so your oyster slurping experience isn’t ruined by someone lighting up next to you. Pitchers of cocktails are just $16 during happy hour, the dark and stormys are particularly good and particularly dangerous. The great thing about Lobster Joint is that they offer three different kinds of sliders–lobster, crab cake and fried oyster–for $4 apiece during happy hour, so you can invite friends who aren’t so crazy about raw oysters. Also, their fried clam strips are some of the best bar snacks around.

The Castello Plan
1213 Cortelyou Road, Ditmas Park
Special: $1 oysters, 2-8pm, Saturdays
Best drink to pair with your oysters: Honeydew prosecco
The Castello Plan may be better known for their mussels, $12 for a large bowl, than their oysters, but this neighborhood wine bar and restaurant has a seriously great Saturday oyster special. Named for an early map of lower Manhattan drawn up by a cartographer names Jacques Cortelyou, The Castello Plan is one of those restaurants in which every object, decorative and functional alike, has a story attached. Skip brunch and plan on early afternoon oysters and wine, and then make your way to Prospect Park for a stroll–or nap.

Chez Oskar
211 Dekalb Avenue, Fort Greene
Special: $2 oysters or 12 oysters for $18, Thursdays
Best drink to pair with your oysters: Vodka soda or vodka tonic, or, the free glass of sherry you get with six oysters
The French bistro Chez Oskar embodies the vibrant, bohemian energy of the Montmartre district in Paris, making a trip to its location on Dekalb Avenue transportive–whether you can Can-Can or not. An eclectic crowd regularly converges around its sidewalk tables sipping wine and enjoying the oyster special on Thursday nights. Every week Oskar offers a revolving array of East and West Coast oysters for two bucks a shuck. Buying six shucks gets you a free shot of sherry, and a dozen oysters are available for $18. Recent offerings include Gigamotos from British Columbia and Malpeques from Prince Edward Island.

Walter’s
166 Dekalb Avenue, Fort Greene
Special: No oyster special, just great oysters
Best drink to pair with your oysters: Sparkling wine
Seafood is a signature at Walter’s, which opened in a prime spot across from Fort Greene Park last summer, as a much-needed addition to Dekalb Avenue’s existing dining options. Aside from its seasonal brussel sprouts and an unbelievable bar steak, the restaurant’s raw bar recreates the kind of seafood experience you’d find farther up the coast–oysters included. Like its sister spot, Walter Foods in Williamsburg, Walter’s offers patrons a mix of six to eight varieties of oysters on the half shell. The selection changes daily, but typically includes one local type of oysters–either Hurricane Island or Blue Point–as well as a few varieties from both the east and west coasts like St. Simone, Stingray, Kusshi, Snow Creek, Hama Hama and the now ubiquitous Naked Cowboy oysters.