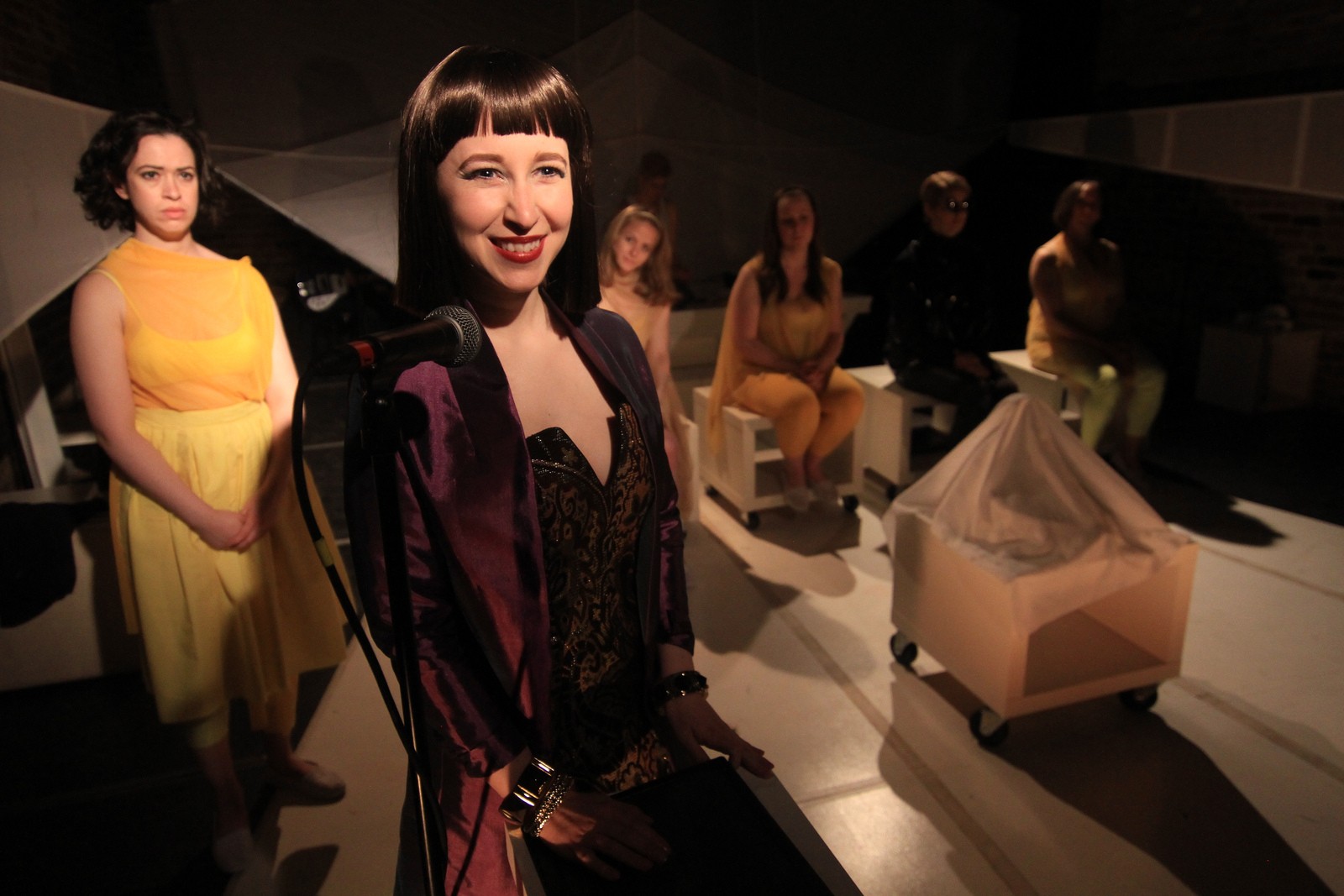 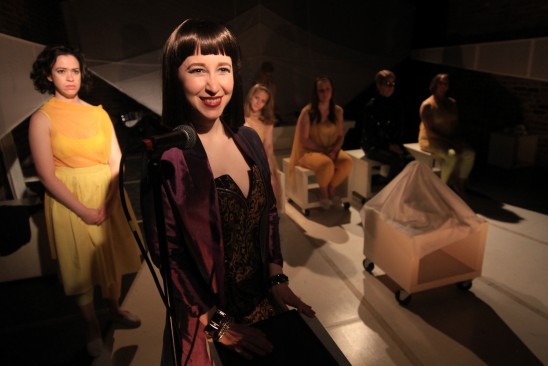 The all-female cast of Mass, a new rock musical closing at The Brick this week, isn’t afraid to exorcise its demons. Photo: Mass

The opening scene of the new rock musical Mass, which closes its run at The Brick in Williamsburg this Sunday, April 28, induces a self-loathing that falls somewhere between garden-variety Catholic guilt and general Gen-XY malaise: “Jesus got more done before age 33 than you have!” is the first of many barbs flung at Mary (one of the musical’s lead characters). It’s lofted by a member of the Greek-style chorus. Then for the sucker punch, the choral dialogue hints at the stereotypical Brooklyn plight: “You waste your parents’ estate to be a career student.” Voilà. The holy trinity of New Yorkers’ therapy sessions is complete.

The trinity theme runs throughout the new musical, written by lawyer-by-day, playwright-by-night Robert Honeywell. The lead characters are art students and lesbian couple, Mary and Françoise, and Kate, Mary’s sister, an aspiring art dealer and master of passive-aggression. Picking up a restaurant tab, Kate delivers one of the more-established sibling jabs: “Well, when you’re a billionaire artist, you can get the check,” which she delivers with a smile that would make a Southern Junior Leaguer blush. 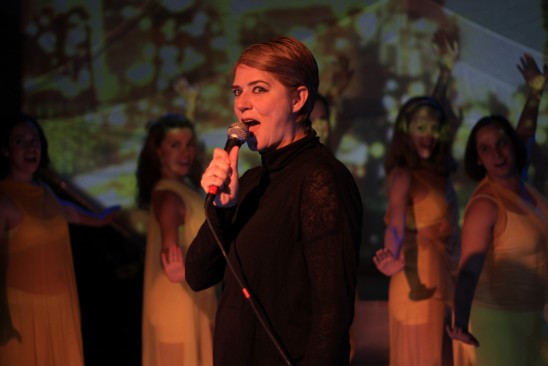 Mass’ cast has honed its musical chops moonlighting in indie bands like Auto Bonfire and The Electric Mess. Photo: Mass

As have many fictional urban bohèmes before them, both Mary and Françoise find themselves in an artistic block, frustrated with their rice-and-beans diet and overpriced-NYC-studio. A performance-art statement gone awry sends the couple packing for Vancouver, Françoise’s hometown—a move that incurs in Françoise the self-perceived feelings of failure that will likely be familiar to many of the young transplants to New York in the audience. After a few hook-laden musical numbers–especially New York 2-0-1-5–the couple has a spat after Mary has an accident evocative of sacrificial Christian iconography or the life story of Vincent Van Gogh, one of the two artists on which the musical is based.

The other, Paul Gauguin, gets his dues during the second act. As part of the requisite Pacific expatriation as muse, Françoise finds herself in 2018 in Shanghai, wooing Kate, who has since transformed from mousy New York gallery greeter to an emerging-market, art-world Svengali. Kate agrees to represent Françoise, a budding conceptual artist, under the condition that she assumes the name Pablo.

During the second act holes in the plot emerge. Why Shanghai and not another emerging-market city with a nascent art scene, such as Rio or Istanbul? If going for that East Asian colorful zeitgeist, perhaps Tokyo or Seoul would have done the trick? Whatever the case may be, Kate’s new black bob seems gratuitous at best. The plot ends do get tied up toward the end and, keeping with the traditional meaning of mass, has new lives as the denouement.

The musical features an all-female cast, except for a few terse lines delivered with knowing snark by pit-band guitarist Michael Rafalowich, who has played with several local groups, including The Phenomenal Handclap Band. Opera-trained Moira Stone, who plays Mary, hits her high notes with the ethereal quality of her saintly character and Esther Crow, who plays Françoise, capitalizes on her band experience, with gigs in New Wave band Auto Bonfire and garage band The Electric Mess, which is set to tour Spain and Portugal later this spring, as well as her improv background, which she wields to great comic relief from the tension of religion and mental illness during the rest of the plot. Mass the musical does not make for a lighthearted evening out, but it is life-affirming, even if the message hits a little too-close to home.

Mass is running through April 28 at The Brick, 579 Metropolitan Ave. in Williamsburg. Tickets are $18.