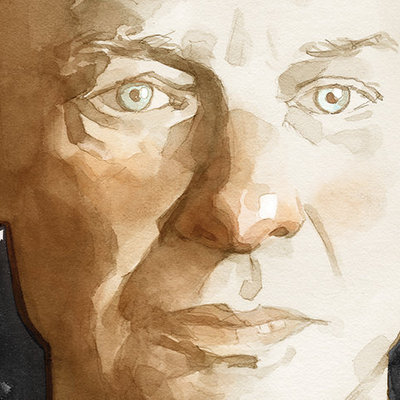 There is a chance you can still get tickets to Brian Eno’s music/painting installation. Just act fast.

The Red Bull Music Academy began in 1998 as a travelling music series featuring unique performances and musical lectures. On April 28th the festival kicked off in NYC and will continue until May 31st, with shows around Brooklyn and Manhattan featuring artists like James Murphy, Kim Gordon, Andrew W.K., Black Dice, Brian Eno, James Chance, ?uestlove, Afrika Bambaataa and more.

Most shows are selling out so you better act quick. If you can snag some tickets on Craigslist or something you should try to hit up the already sold out RBMA round robin duets at the Brooklyn Masonic Temple on May 1st, featuring over 20 artists in a round robin improvisation performance, or the Classic Album Sundays David Bowie special on May 5th, at the New Museum’s Sky Room.

We’ve selected a few of our faves that will probably sell out in no time. So stock up on Red Bull and buy your tickets fast, because you’re going to need the extra energy to run all over town for the next month.

May 3rd: Brian Eno: 77 Million Paintings
Brian Eno is a musical genius–whether he’s performing with Roxy Music, putting out solo records, producing Talking Heads and Devo, or creating ambient audio installations. His latest installation, 77 Million Paintings, at the old Café Rouge location, is a combination music/painting piece that evolves as you experience it. It’s generative art. We’d tell you to check out Eno’s lecture at Cooper Union on May 6th to understand what this means, but it’s sold out! Fortunately this installation will run from May 3rd to June 2nd. For May 4th there are advance tickets on sale to experience a special 24-hour viewing, but the midnight, 1 am, 2 am and 3 am viewings already sold out. So act fast! General admission is a suggested $5 donation.

May 9th: Red Bull Music Academy Culture Clash
RBMA takes four of the most inspirational crews in NYC hip-hop, electronic, reggae and house music, tosses them in the ring (in this case Roseland Ballroom) and lets them battle it out to see who will take the coveted crown- you’ll be the judge. It’s Federation Sound vs. Fools Gold vs. Just Blaze and Young Guru vs. Que Bajo?! in the battle royale of musical headlocks and body slams. Tickets are only $10.

May 23rd: United States of Bass
RBMA is setting up house at Santos Party House, bringing together the biggest names in bass music from all over the country. Pioneers include NY’s very own Afrika Bambaataa, Chicago’s DJ Funk, New Orleans’ Big Freedia, Detroit’s DJ Assault and more. It’s two floors of body bumping bass with many special guests and the best soundtrack of the year. Tickets are $15.

May 25th: 12 Years of DFA Records
DFA is the musical brainchild of James Murphy (LCD Soundsystem), Tim Goldsworthy (Mo’ Wax Records) and Jonathan Galkin (he was a child actor and a regular on Nickelodeon’s Hey Dude). Started in 2001 the indie label has produced some of the biggest names in disco, dance-punk and electronic music to date, including Liquid Liquid, Arcade Fire, The Rapture, Black Dice and more. For the 12-year celebration they’ll be throwing a 4-room party at Grand Prospect Hall complete with performances, DJ’s, listening sessions and straight-up partying. Tickets are $30.