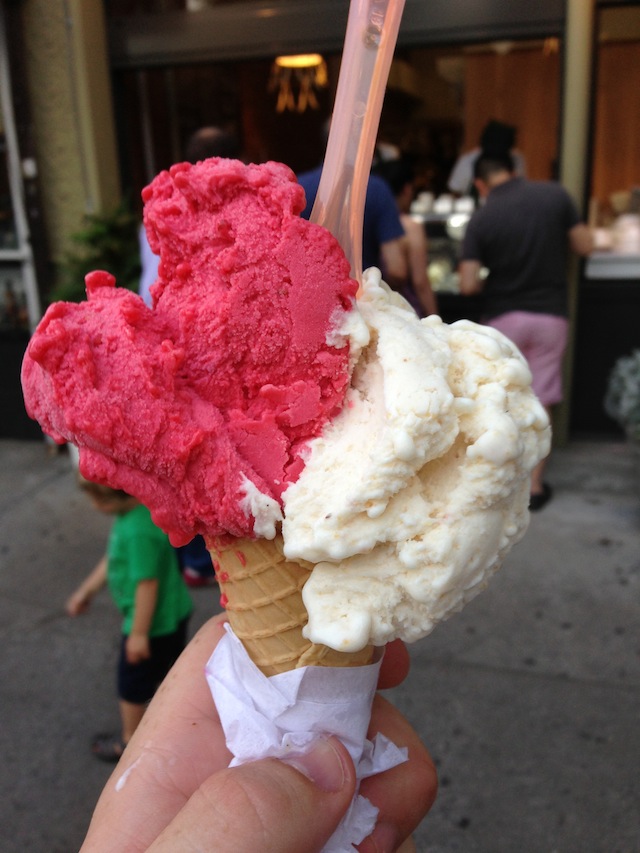 The cones at L’Albero are scooped with artistic flair. Photo: Brendan Spiegel

It hasn’t even been two months since OddFellows broke out their tequila-pineapple cones and grabbed the craziest-ice-cream-in-Brooklyn crown from Ample Hills, and we’ve already got a new contender for that coveted title, and this one comes with some serious cred. L’Albero dei Gelati is based in Lombardy, Italy, and has three shops throughout country and a cult following for their savory flavors. When two of the co-owners recently relocated to Park Slope, they brought the first stateside branch of the gelato company along with them.

On the menu: pungent gelato varieties like blue cheese, along with sorbet flavors that include yellow bell pepper. Traditionalists can opt for less far-out flavors like bacio di dama–“kiss from a lady”–made from a crispy Italian cookie, or la nociolla, which combines hazelnuts from Piedmont with pistachios from Sicily. There are also tart raspberry and blueberry sorbets, and even straight-up chocolate or vanilla, all served from a street-facing window that has drawn steady crowds since opening last Thursday. 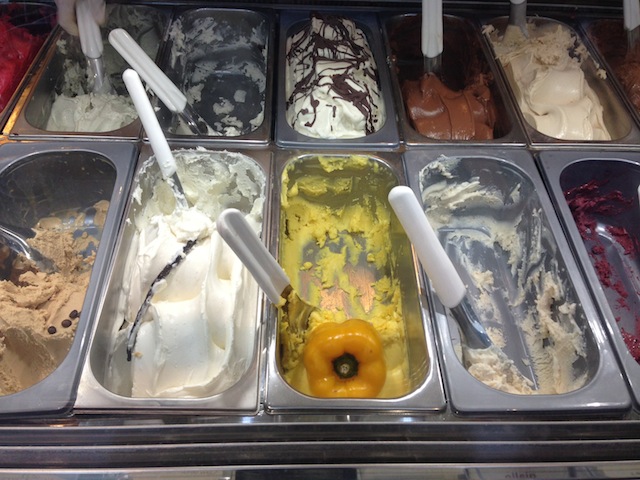 The silky ice cream itself, made from organic Pennsylvania milk and cream, is delicious, and the oddball flavors taste exactly like their namesakes. There’s no fake pepper or blue cheese flavoring here; it tastes like an actual pepper turned into sorbet or like, well…blue cheese turned into ice cream. Inside the shop the ice cream is also served as a coppa savory platter–an array of savory gelatos paired with bread, cheese and balsamic vinegar.

The shop actually offers much more than just ice cream. There are housemade pastries including puffy tuppo, a brioche-like treat from southern Italy, filled with jam or cheese. Homemade breads are used in panini (pistachio pesto with ricotta and dried cherry tomatoes) and focaccia (goat cheese with smoked salmon and arugula). There’s also coffee and a counter selling local meats and cheeses to go. Having just secured their liquor license, L’Albero is pouring Wolaver’s beer to pair with your ice cream, plus the promise of more brews and an Italian wine list coming soon. They also pledge to keep bringing out those crazy seasonal gelatos–so look out for upcoming flavors like asparagus and white pepper.