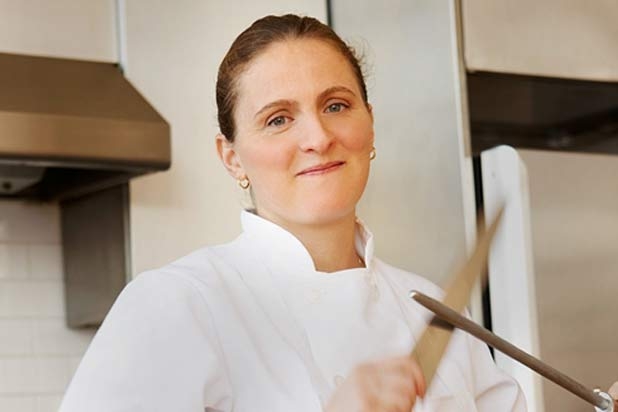 Pound for pound, Brooklyn’s food scene has some of the best chefs, restauranteurs, butchers and picklemakers in the business, and with so much food culture concentrated in one place, Daniel Stedman and April Bloomfield felt the time was ripe for the borough to host its own food conference, Taste Talks, celebrating both the depth of Brooklyn’s current foodie talent pool and the effect it’s having on the food industry at large.

“For years Brooklyn has become this destination for music that has just been such a driving force in the transformation of Brooklyn culture,” says Stedman, the founder of Northside Media Group, which publishes The L Magazine and hosts The Northside Fest every year in Williamsburg. “In that way, Brooklyn has touched and influenced other cities, but now we’re seeing that food has really surpassed music as sort of something everyone is excited about.” On occasion, Stedman’s enthusiasm for the conference has overflowed as support from industry heavyweights wanting to get involved has come flooding in. “There have been a few moments where I’ve screamed at the top of my lungs in the office,” he says. “People turn around, and they’re like ‘What are you doing?'”

The lineup of participants reads like a veritable who’s who of some of the world’s most celebrated chefs, starting with Bloomfield, the chef and co-owner of The Spotted Pig in the West Village. She’ll be joined by Mario Batali, Wylie Dufresne, Ken Friedman, Francis Mallman and Alessandro Porcelli, as well as local favorites, with Carolyn Bane (Pies ‘N’ Thighs), Robert Newton (Smith Canteen), Brian Leth (Vinegar Hill House), Nicholas Kayser (Fatty Cue), Susan Povich (Red Hook Lobster Pound), Eli Sussman (Mile End) and Andrew Tarlow, among them. “A lot of these people are friends of April’s and everything has kind of germinated from our conversations,” Stedman says. “We wanted to create this conference to talk about the culture of food really through the lens of Brooklyn, but it goes far beyond Brooklyn.”

Taste Talks is taking place over two days, Sept. 14 and 15, at various locations across North Brooklyn, from Brooklyn Bowl, where a pancake, fried chicken and pulled pork breakfast will kick off the conference, to the Wythe Hotel to East River State Park and Fitzcarraldo at 3rd Ward. The talks are taking place at the Wythe Hotel and intend to cover everything from informational topics like Tracking the Brooklyn Food Boom: From Egg Creams and Pizza to Bentowitz Boxes and Artisanal Pickled Beets to the hypothetical and humorous–Is Chicken Back? and Why Does the Coffee in (Some) Restaurants Suck?.

“We just wanted to address what’s exciting and new in food culture, even from like a granular level,” Stedman says. “A couple of my favorite are the ones that ask a question like: Is the Restaurant Over? which is a fun and surprising question to address.”

The conference will certainly offer a lot of food for thought, but it’s not all about theory. There are some awesome opportunities to get to see some of the world’s most celebrated chefs in action, too, including an All-Star Cookout on Sept. 15, where teams of chefs will collaborate on dishes dreamed up in tandem and presented as part of a tasting menu. “We’re offering 10 small plates–it may actually end up being more than 10–which of course is another sort of contemporary thing in food culture,” Stedman says. “We have April Bloomfield collaborating with her former chef Nate Smith. We have Mile End Deli doing a Montreal collaboration with Chromeo, which is really fun, then we have The Mast Brothers doing what I presume will be a mole-type collaboration with Nick Kayser using their chocolate.”

The conference will close with a Cook It Raw dinner at Fitzcarraldo in Bushwick. “This is definitely the friendship between April and Alessandro Porcelli,” Stedman says. “It’s an honor to have this event happening here in Brooklyn during Taste Talks. It fits what’s exciting about Brooklyn food culture and so many things that Brooklyn food culture stands for so well.”

Cook It Raw is an international, avant-garde culinary event co-founded by Porcelli that is as much about gastronomy as it is about the environmental, social and cultural impact of food systems. Chefs forage for local ingredients the day of the dinner, then prepare it using rudimentary cooking techniques. “Only wood and fire and ancient cooking technique and little to no gas or electricity,” Stedman says. “It should be really incredible. There’s still a lot of work to be done, but the programming is there and the people on board are thrilling. We’re really proud of how it’s come together.”