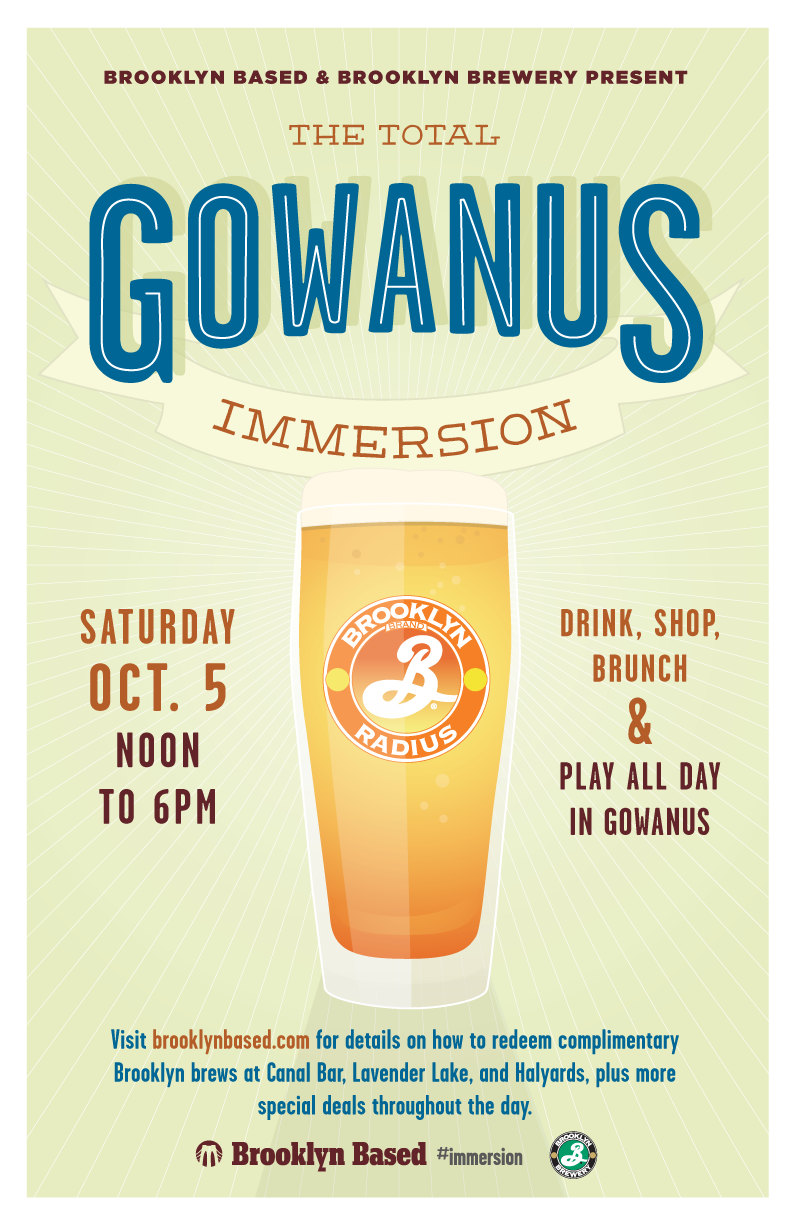 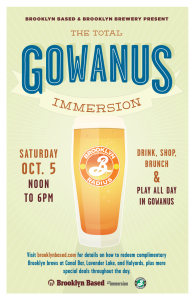 We’ve had three great Immersions this year in Red Hook, LIC and Crown Heights. For our last one of the season on October 5, we chose Gowanus, home to excellent bars, restaurants, shops and venues, and we hope you’ll join us on our beer-filled adventure.

During The Total Gowanus Immersion with Brooklyn Brewery, you’ll get complimentary Brooklyn brews like Post Road Pumpkin Ale and Oktoberfest at Halyards, Lavender Lake, Canal Bar and Littleneck, and complimentary glasses of Ama Bruna with your lunch at Runner and Stone, plus deals at local shops like 25% off at Film Biz Recycling, 15% off at Twig, 10% off BBQ at Fletcher’s, half off a class at Brooklyn Homebrew when you purchase one class; 20% off at Brooklyn Brine, and 20% off food at their soon-to-open Pickle Shack (so save your Immersion cards, people).

We’ll end the day at an awesome after party made possible by two local businesses, 718 Cyclery and Realty Collective. Starting at 6pm at Littlefield, we’ll have a free comedy show with host Matt Koff, Brooke Van Poppelen, Marina Franklin, and another special guest, followed by a free show with electronic rock/pop band Syvia.

To get in on the fun you just need one of our 500 FREE Immersion cards, which we’ll be handing out starting at noon on October 5 at Canal Bar and Lavender Lake. To stay in the loop, and for updates, follow @BrooklynBased and @BrooklynBrewery on Twitter and RSVP on Facebook. See you October 5 in Gowanus!

Thanks to our Supporting Sponsors:  718 Cyclery and Realty Collective