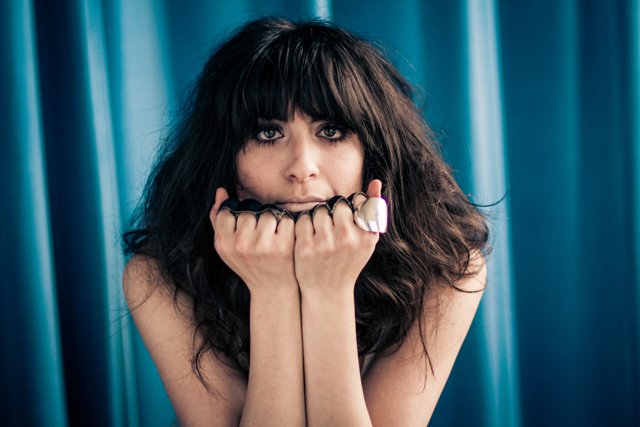 Firehorse play Bowery Electric on Oct. 16 at 11pm and Heath at the McKittrick Hotel on Oct. 17 at 9pm.

Leah Siegel doesn’t sit still. Even on a Skype chat, she shifted from lounging on her side, head propped on her palm to sitting upright, computer in lap with her feet tucked beneath her. It’s no surprise then that Siegel, singer, songwriter and creative force behind Brooklyn band Firehorse, has her hands in a few different projects.

The latest Firehorse release, Pills From Strangers, a seven-song “mini-LP” full of bouncy, syncopated electro-beats and Siegel’s deep, pensive vocals, came out in June, but she is already working on something new. Leisure Cruise, her collaboration with Broken Social Scene’s Dave Hodge, will release an album in 2014, with a full-sized tour to go with it.

“Firehorse is, to me, a very kind of sober writing and pulling from the place that’s really deep within me,” she says. “Firehorse is me at home reading a book, and Leisure Cruise is like when I go out and hang with my friends. There are different aspects to everyone’s personality, and both are necessary for a full life.”

But CMJ is about Firehorse, of which Siegel’s rich, vulnerable voice is the main draw. Her vocals can float like water over bare instrumentals, or pop like helium balloons, but always with maturity and emotional vigor.

“There’s like a bursting in your body when you sing,” Siegel says. “I don’t see any reason to ever not feel that, just because I’m getting paid for one thing. I realized that was the only way that I was going to have a satisfying life as a musician, was just screw it all, and do it all,” she says with a raspy laugh. “That’s my new dumb tagline.”