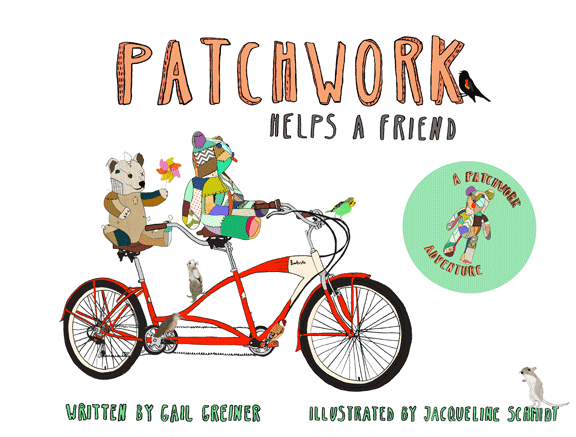 PowerHouse Books, the publishing arm behind powerHouse Arena in Dumbo and its sister shop in Park Slope, has a new children’s imprint called POW! Its debut book, Patchwork Helps a Friend, is one of six beautifully designed, humorous kids’ books, all of which are being released this fall. Together with two new releases from another local children’s book publisher, Enchanted Lion Books, I test drove these stories with my Kindergartener and toddler before bed.

Patchwork is a bear made of patches, Fred is his friend whose own outfit has seen better days. Together they visit animal upon animal, asking each for help in gussying him up. “Can you help me help Fred?” Patchwork asked Raccoon. “Take this rag, it’s all yours—but I’m busy this afternoon,” is Racoon’s non-committal response. And so it goes, in sing-song fashion, as unconventional wildlife like Narwhal, Fawn, and Starling each pitch in with new materials to stitch Fred back together (and at the very end, actually join forces to do the work). Jacqueline Schmidt’s collage-like imagery makes this a great book to read to toddlers and preschoolers together—while the older one completes the rhyming sentences, the younger one can point to the random fruit, objects and animals that sneak up in each scene. 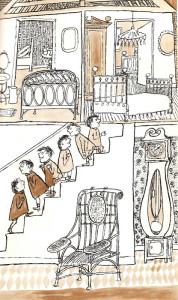 In November, Enchanted Lion Books is releasing a reprint of this forgotten gem, originally written in 1949 by Isobel Harris and illustrated by French graphic designer and illustrator André François, who also drew covers for The New Yorker. The rich earth tones and pen-and-ink drawings call to mind classic New York in this sweet tale of a four-and-a-half-year-old boy whose parents work day and night, while he stays home in his hotel. (Sound familiar? It predates Kay Thompson’s Eloise by six years!) As Little Boy Brown explains, “It’s easy the way we live, because we live in a hotel that has a tunnel all the way to the station and the Subway trains: And the Subway trains go right into the building where my father works, so he doesn’t ever have to go out of doors at all.” Unlike Eloise, he doesn’t have a Nanny and his digs are not as glamorous as The Plaza. His parents do work long hours though, leaving his day-to-day care in the hands of the hotel staff. At the heart of the story is the day the chambermaid Hilda takes him out of the city to her home in the country, where he has “the nicest time in all my life.” In this new, unfamiliar territory, the snow stays white, the fireplace really burns, and Hilda’s close-knit, immigrant family “haven’t quite enough of anything” but that “makes it exciting when a little more comes!” The book is a pure joy to read; unfortunately my almost-five-year-old girl is still more entertained by the pomp and pink of Eloise. I’m hoping my son will appreciate it more. 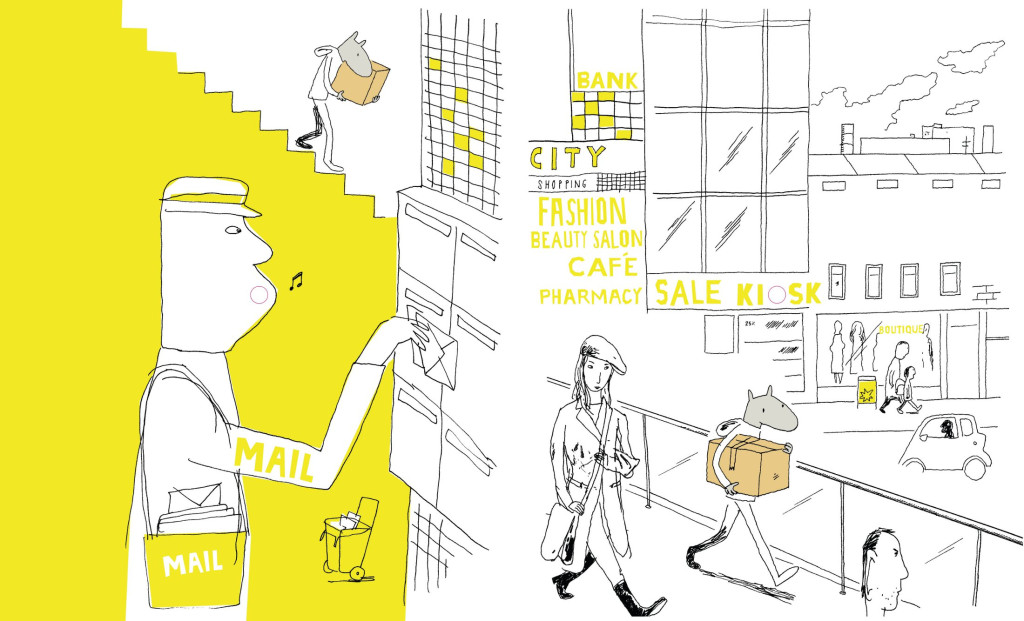 The Hole is a playful picture book whose story revolves around a moving target—the aforementioned hole, drilled through the center of the book, which moves around the page according to the whims of Norwegian illustrator Øyvind Torseter. It appears in the home of a man who has just moved into his apartment, and after it shifts its location from the floor to his door, he picks up the phone and calls for help. “I’ve found a hole…,” he reports. “It keeps moving.” When the person on the other end asks him to bring the hole in, he finds a way to trap it and transport it to a lab, where they keep it for testing (though of course, it doesn’t stay put). This action is all conveyed visually, with minimal dialogue and words, leaving you to narrate the story as the hole moves across the city, through busy streets, manifesting itself as a pothole on one page, or a person’s mouth on another. While it doesn’t beg to be read each night, Torseter’s illustrations are delightful and the concept is so original, it’s worth a spot on the shelf to keep revisiting.