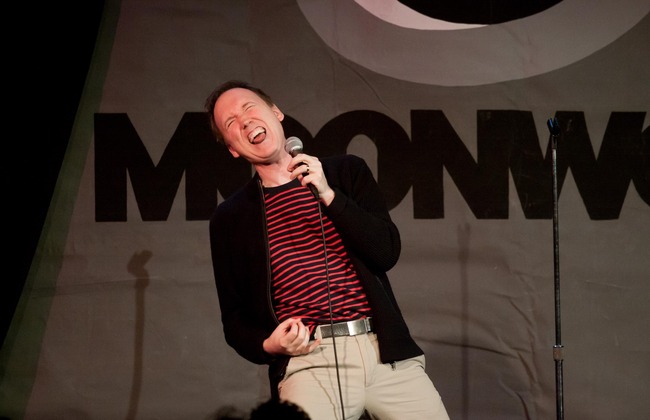 When we help Tom Shillue book Funny Story each month the goal is always to get an eclectic mix of performers–some who tell stories for a living, like writers and comedians, and some who just happen to be great storytellers. This month we have one of our best mixes in a looooong time. Mikey Kay is a journalist and documentarian with a sexy British accent. He also used to fly assault helicopters in Her Majesty’s Royal Air Force. Tom Mylan is Brooklyn’s original rockstar butcher (a term he really hates), and just published his first book, The Meat Hook Meat Book (bring your copy for him to sign, if you like). Lawson Clarke is copywriter who has worked on campaigns for everything from Ocean Spray to Jack Daniels and has one of the best personal websites we’ve ever seen. Brooke Van Poppelen not only has a fun-to-say name, she’s also a comedian who has performed at the Eugene Mirman Comedy Festival and been on pretty much every comedy podcast and in every festival that’s funny and smart.  Enter here for a chance to win tickets, and even if you don’t all this personality, plus a beer, is just a $10 ticket.