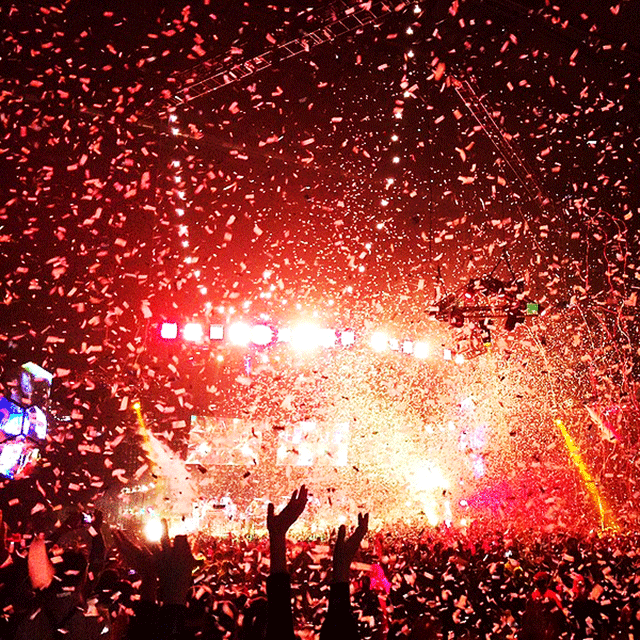 By this point every summer it becomes a real challenge to find events that we feel are truly worth your time and money. The city starts to clear out this time of year and most of the seasonal programming is winding down as well. The one big exception to the rule this week is the annual AfroPunk Festival taking place this Saturday and Sunday. Its long lines for entry are both a testament to this music festival’s ongoing popularity 10 years in and a bit of a nightmare, which you can now bypass with these weekend fast passes–they aren’t free, but guarantee you can skip the line. Summer might be waning, but it’s not over yet. Here are seven ways to soak up as much of it as possible this week, including an Arcade Fire concert, sit-down with Salman Rushdie and seaside swing party.

Thursday, Aug. 21: We talked about the rise in popularity of podcasts last week on BB, especially the comedic kind, and one name we should definitely add to the list of podcast comedians is Ari Shaffir whose show The Skeptic Tank, as well as his standup album, Revenge for the Holocaust and special, Passive Aggressive, have garnered him a great deal of attention as of late—he also hosts Comedy Central’s new digital storytelling show This is Not Happening. You can catch Shaffir somewhere other than the airwaves this week when he performs at The Bell House Thursday night at 8pm. Tickets are $15.

Friday, Aug. 22: Based on an unofficial poll of all our guy friends, tickets to the Arcade Fire show at the Barclays Center this weekend might be the best route to take in terms of date night options this week—we’ve never seen the eyes of so many twenty- and thirty-something men light up so quickly. The Grammy-winning group is in town for a three-day stint starting tonight, and it looks like none of the shows have sold out yet, so chances are good you could grab a pair of tickets. Shows start at 7:30 all weekend, and if you’re planning to bike to the Barclays, know the center will be running a valet service for two-wheelers all weekend.

Saturday, Aug. 23: If you, like us, are really into ramen, then embrace the below average temperatures we’ve been receiving this summer and head to Dassara on Smith Street for its second birthday party, which will feature an all-you-can-eat goat and pig roast from 2–7pm. Add unlimited drafts of PBR to the mix, and you’ve got the makings of one amazing Saturday afternoon. Tickets to the roast are $40 here or $50 at the door. If goat and pig aren’t particularly your thing, Dassara is also doing a special ramen and sake dinner menu in the evening.

Sunday, Aug. 24: Plan to get in at least one more beach day before Labor Day weekend by heading to the Rockaways this Sunday for the third annual Swing Beach Party. Zoot suits are not required for the occasion, but do expect plenty of big-band music between the hours of 2 and 10pm at Beach 97. Live bands will play all day and a dance floor is being constructed right on the beach, as an added bonus, Low Tide Bar is offering up drink specials all day.

Monday, Aug. 25: When Salman Rushdie is willing to sit down with you to discuss your debut novel, you know it’s a big deal. This is precisely the literary dream scenario newcomer Vanessa Manko will find herself in on Monday night at powerHouse Arena in Dumbo. Already based in Brooklyn, Manko won’t have far to travel for her talk, which is free and starts at 7pm. Her first book, The Invention of Exile, follows the story of Austin Voronkov, a Russian immigrant and engineer wrongly accused of harboring anarchist sympathies in 1913 in Bridgeport, Conn. The Red Scare is just starting to gain traction and Manko’s story follows Voronkov and his family as they face Communist contempt and transcontinental relocations from Russia to Mexico trying to outrun fear and the far-reaching grip of the FBI.

Tuesday, Aug. 26: There is just nothing quite like watching Jack Nicholson light up the big screen, and while he might be best known for being the one who flew over the cuckoo’s nest, told Tom Cruise he couldn’t handle the truth and donned the devilish grin of The Joker decades before Heath Ledger, it’s one of Nicholson’s lesser-known roles that will be featured tonight at Nitehawk Cinema. At 9:30pm, the Williamsburg film house will screen The Passenger as part of its Nitehawk Cinema’s Vice News Presents: Journalists in Film series. Released in 1975 and directed by Michelangelo Antonioni, the film stars Nicholson as a British-American journalist who decides to impersonate a dead businessman while filming a documentary in the civil-war-torn country of Chad only to discover the dude he’s pretending to be was a big-time arms dealer to the rebel faction causing conflict in the country.

Wednesday, Aug. 27: In addition to being the 238th anniversary of the Battle of Brooklyn (for which we have a handful of ways you can commemorate here), the How I Learned storytelling series returns to Union Hall tonight 8pm. Come hear Mike Doughty, Beth Lisick, Scott Rogowsky, Cassie J. Sneider, Lauretta Charlton and Blaise Allysen Kearsley, who also hosts the show, share tales of their experiences with the most nostalgic of middle-school necessities–the mix tape (and the music idols, awkward sex experiences, dances, concerts and other firsts that transpired because of them). Tickets are $6.