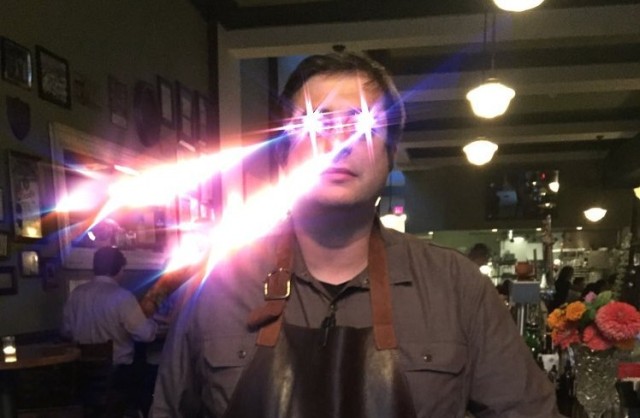 We really mellowed out this summer, abandoning all but the beachiest of books, giving up on True Detective after a few dark and confusing episodes (turning to Mr. Robot instead), and eating ice cream for dinner instead of cooking or even bothering to go out for a real meal. It’s September now though, time to get ahold of ourselves and pick up a novel, hit a museum, try a just-opened restaurant, listen to new album and re-engage. Here are 10 cultural items and events we’re looking forward to this month.

10. Despite its self-aggrandizing name, the Eugene Mirman Comedy Festival is actually a wonderful place to discover lesser-known comedians destined to become Daily Show or SNL superstars. Every September, it takes over The Bell House and Union Hall for a string of days, and as usual, the shows filled with celebrity stand-ups have already sold out. But as BB contrib Kate Hooker wrote around this time last year, “The secret to the festival is that the less star-studded line-ups are where you’ll see tomorrow’s new favorite funny person.” Case in point: Jo Firestone, whose innovative shows like Punderdome 3000 have become a staple of NYC nightlife, is in pole position for breakout success, and she is in two EMCF shows, including the aptly named “From the Basement of Union Hall to Network Television in 2-3 Years.” Get tickets while you can, festival runs Sept.18-21. 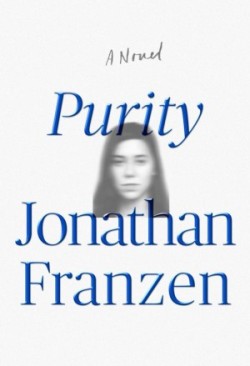 9. Whether you are a card-carrying Jonathan Franzen fan, or you have yet to be moved by his depictions of the unhappy, All-American family and his critiques of modern life, there is reason to be optimistic about his new novel, Purity, which has attracted praise for actually being a pleasurable read. The internet has never been kind to Franzen–mainly because he says ridiculous shit, like toying with adopting an Iraqi war orphan–but his recent interview with Terry Gross revealed his endearing side, and his Sept. 26 reading as part of the Brooklyn Voices series with Greenlight Books and St. Joseph’s College is a chance to hear the Great American Novelist in person. Tickets are $30 and include a copy of the book–so you may want to download a copy in advance, then retrieve the hardcover version for your shelves. 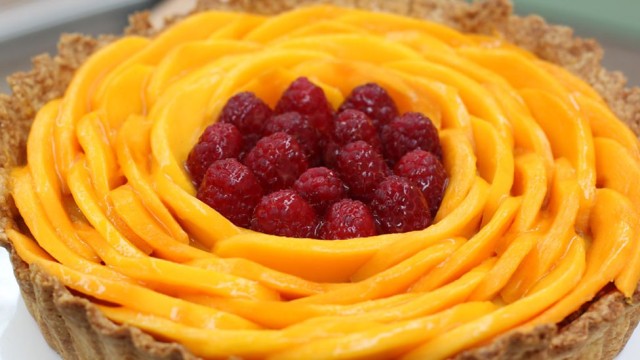 A tart from last season of “The Great British Baking Show.” Photo: BBC

8. Imagine if you will, a magical tent in the middle of the English countryside. It’s been outfitted with 13 baking stations complete with ovens, mixers, canisters of flour and sugar, scales, whisks, everything necessary to bake. Under that tent 13 talented home bakers will toil to create cakes, biscuits, pastries and puddings of all kinds. They’re competing against one other, yet they’re remarkably kind and funny, popping by one another’s stations with a cup of tea or a word of encouragement while their bakes rise in the oven. This is The Great British Baking Show, hands down the most delightful food competition ever created. The passionate amateurs competing for the title of England’s top baker are so lovely, so engaged and so skillful, you’ll be held rapt as they prepare obscure European confectionary and towering tea cakes. If it sounds dull, just give it a try, there’s something soothing and civil about this show that’s hard to explain, but easy to adore. Season two (for America, there are more seasons that have aired on the BBC) starts on Thirteen Sunday, Sept. 6, and if you haven’t added the PBS app to your Roku or other device, this is your chance to do so (and binge on Antiques Roadshow after the baking is over). 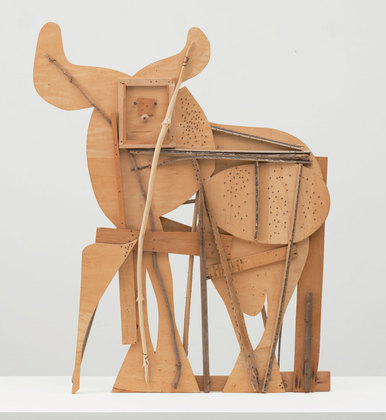 7. Pablo Picasso’s paintings are so iconic that it’s easy to forget how much the artist loved working with sculpture as well. Cubism was not just about playing with perspective and calling attention to the fact that rendering a three-dimensional object on a two-dimensional canvas is an inherent distortion, it was also about deconstructing objects and ideas and then re-assembling them in a new, fresh way, a concept that these works underscore. Picasso Sculpture at MoMA is the first big show of Picasso’s sculpture in the U.S. since the late 1960s, with more than 100 pieces on display. Opens Sept. 14. 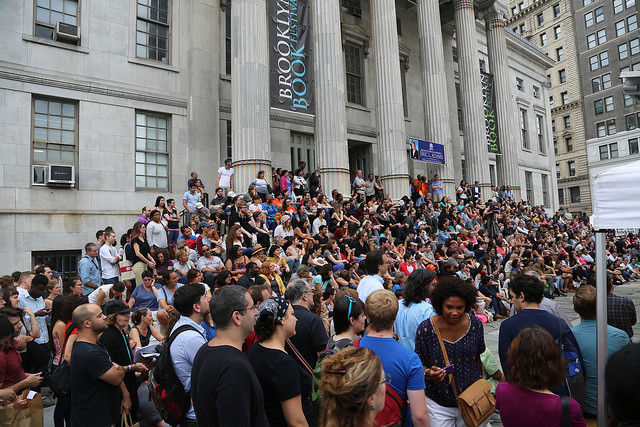 6. The Brooklyn Book Festival returns on Sept. 20, and like every year, that Sunday will be filled with a year’s worth of incredible discussions with 300 amazing authors, critics, and well-known figures. Over the course of eight hours you could hear John Leguizamo and Jonathan Lethem talk about how NYC shaped their storytelling, learn how Joyce Carroll Oates finds her muse, what Margo Jefferson thinks about the disappearing middle class, and what Leila Sales, Tavi Gevinsen and Paul Rudnick have to say their teenage years–and that’s just one possible way to spend your day. Since this is the 10th anniversary of the literary love fest, the presenters have a few special things planned, like dedicating an entire day, Sept. 19, to children’s book authors and illustrators at MetroTech Commons, and expanding the Bookends events, Sept. 14-21, to venues around the city, the full list of which will be announced shortly. 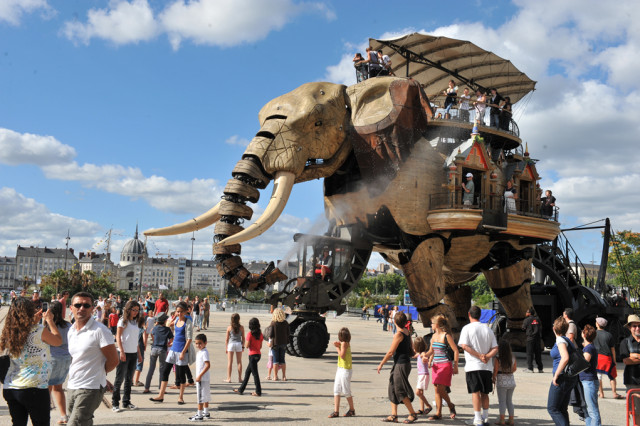 The Grand Éléphant, one of the spectacular creations that will be ambling around the World Maker Faire Sept. 26-7. Photo: Les Machines de L’île de Nantes

5. You’ve always been curious about Burning Man, but it’s unlikely that you’ll ever make it out to the playa–especially after that infestation of mysterious bugs that smelled of coriander. Your next best option? The World Maker Faire at the Queens Hall of Science Sept. 26-27, where you get to see and ride on intricate contraptions, like fire-breathing robots and a four-story high mechanical elephant, that would be at home in the Black Rock Desert. Spectacles like these are not the only reason to attend–the fair is also a chance to see some amazing feats of engineering and art like a 3D-printed line of clothing and a robotic gamelon orchestra. But alongside all the geekery, you’ll likely find attendees in full-body paint and rocket suits. 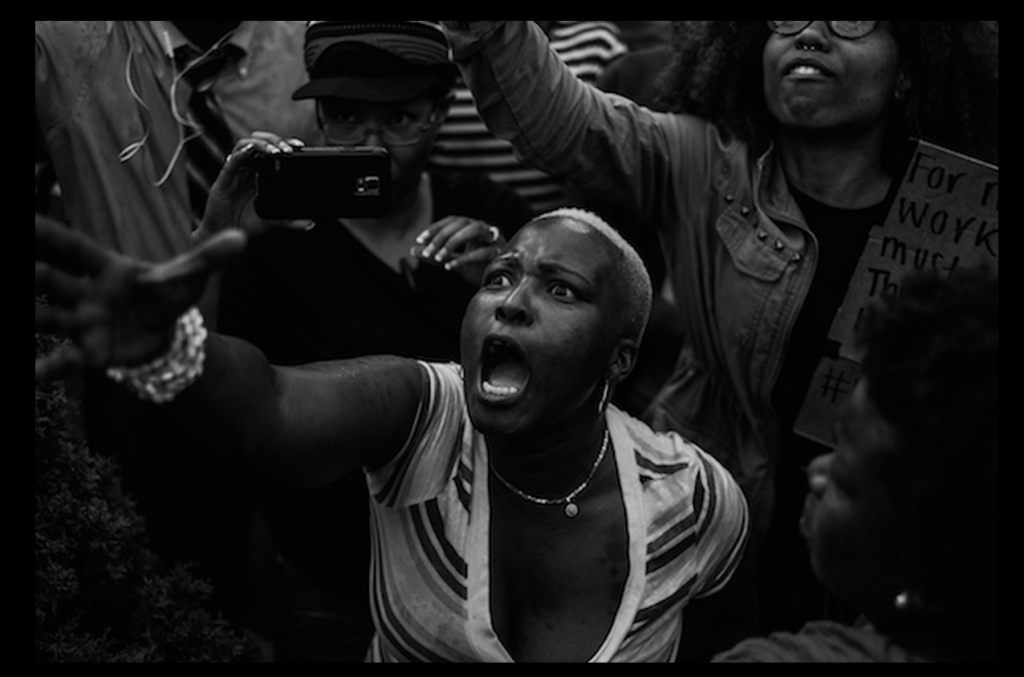 Devin Allen’s photographs of the protests in Baltimore following Freddie Gray’s death is one of the many eye-opening exhibits at Photoville. Photo: Devin Allen

4. Summer means a never-ending stream of gorgeous photos our Facebook and Instagram feeds, and next week, Photoville will keep the visual party going with eye-opening photo exhibitions and events in Brooklyn Bridge Park. Over the course of two weekends, Sept. 10-13 and 18-20, you’ll get a chance to get your aura photographed and see the work of top photographers who take on fascinating documentary subjects like daily life at Gitmo and the geography of poverty, alongside portraits of celebrities and images from the world’s Instagram community. The best time to go will be the late afternoon, when you can enjoy the pop-up exhibits in shipping containers during cooler temps, then head to the Smorgasburg beer garden starting at 7pm for a nightcap. To get the most out of the exhibits, the organizers this year have arranged free tours by collectors and photo editors at 3pm Sept. 12, 13 and 20. You just need to show up at the entrance at Pier 5 to join in.

3. Admittedly, Johnny Depp has taken on some roles that have been questionable at best over the past few years. But watch him playing Boston gangster James “Whitey” Bulger in the trailer for Black Mass (out Sept. 18) and you’ll remember his protean brilliance (makeup artists and costume designers must just thrill to the idea of working with Depp). Black Mass is the story of how Bulger rose to power by using his political connections, street smarts and a considerable amount of intimidation and violence.  If you’re not sold (did we mention that Benedict Cumberbatch and Kevin Bacon are both it in as well?), re-watch The Departed, which is basically a fictionalized account of Bulger and his pals’ cozy racket in Boston, on HBO this month; or, Whitey: United States of America V. James J. Bulger, a riveting documentary that teases out how Bulger gained so much influence over the FBI, on Netflix. If nothing else, Black Mass should prove entertaining if only to listen to a whole new crop of actors (Cumberbatch in particular) muddle through the Boston accent. 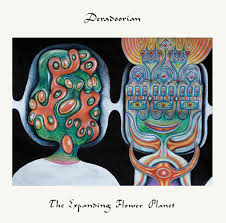 2. Angel Deradoorian, a musician best-known for her work with Dirty Projectors, has a gorgeously weird new album out called The Expanding Flower Planet and it’s a perfect soundtrack for fall. “The music just comes from a lot of different influences, a lot of music from all over the world, just taking those feelings or concepts and working with them, how they fit with who I am, what I feel. It ranges from the Middle East and Japan to Krautrock, jazz, lots of different influences there, very much inspired from sonic elements. I was very interested in making something sonically appealing to my ears,” she told our writer, David Chiu, in an interview. Deradoorian is playing at Baby’s All Right on Sept. 11.

1. Ingrid Bergman would have turned 100 on Aug. 29, and her centenary is occasion to celebrate her legacy. BAM is screening 14 of her films between Sept. 12 and 19, including, of course, Casablanca, as well as Gaslight, Murder on the Orient Express, Notorious and The Bells of St. Mary’s. Isabella Rossellini, one of her daughters, takes the stage at BAM with Jeremy Irons, in a tribute to her mother’s life in The Ingrid Bergman Tribute on Sept. 12. If you’re only familiar with her as Ilsa in Casablanca, this New Yorker article outlines her extraordinary contribution to American and European film.