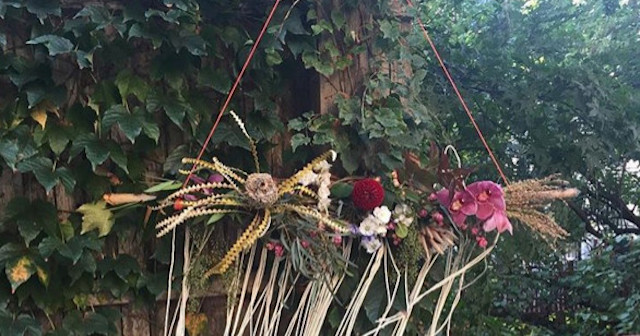 Encased in my sweaty parka and stuffed into a steamy Q train car this morning, I was daydreaming about the halcyon days of summer that seem so long ago now–when plans consisted of things like beach trips and outdoor concerts and pints of sour beer at rooftop bars. It’ll be a while before those easy, breezy options are available again, but that doesn’t mean we all need to hibernate. In fact, January is a great time to explore the wealth of indoor cultural, social, and comfort food-based activities that the city has to offer. We’ve gathered up some best bets for the week, so grab your warmest boots, go forth, and get out there!

If your apartment is feeling a little austere now that winter has swept in, the Brooklyn Grange’s botanical wall hanging workshop on Thursday evening might be just the thing you need to do to spruce up the joint. Tickets are $70, but you will leave with your own colorful and amazing-smelling DIY piece incorporating seasonal greenery, flowers, eucalyptus, and branches, and pine. Thursday also marks the beginning of a new comedy show, Spark, which is part of The Bell House and Union Hall’s new residency at The Landing at Industry City. This weekend’s three-night run  includes some top-notch acts like Sue Smith and Chris Gethard.

Hip-hop fans should block off Friday night, because that’s when Brooklyn Bowl is throwing its annual bash in honor of Slick Rick’s birthday. The Ruler himself will be there performing his timeless hits like “La Di Da Di” and “Children’s Story,” with some help from Kosha Dillz. As a bonus, if you post a picture of your ticket on Rick’s FB page, you could win a chance to meet and greet the legendary MC after the show. Tickets are just $20.

Finally, if you’re also recovering from the wicked, never-ending cold that has dominated the past two weeks of my life, a stop at Sunday’s Brooklyn Soup Takedown at the Royal Palms might be just what the doctor ordered. Tickets are $20 and are available here.

Read on for more tips on how to pack your wintry Ideal Week with all kinds of activities that will keep you cozy and content. 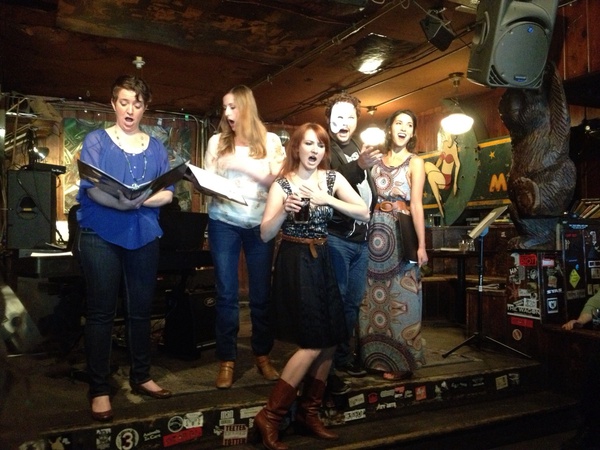 Never seen opera performed in a dive bar, eh? Time to change that on Thursday evening. Photo: Opera On Tap

Thursday, January 14 Since 2006, Opera on Tap has brought the high art of high singing to barflies in the heart of Brooklyn. In honor of the organization’s longstanding commitment to the high brow and the low, Freddy’s Bar and Backroom will be celebrating 10 years of music, booze, and laughs on Thursday night with special performances by OOT players, new and old. Afterwards, stick around for karaoke with backing from a live band and be sure to imbibe plenty of Smuttynose Wunderbar, the night’s official beer. Admission is free (though donations to support this organization will be greatly appreciated). Doors open at 7pm. –N.R.

How fun does this look? The Zlatne Uste Festival will make your dreams come true at the Grand Prospect Hall this weekend. Photo: goldenfest.org

Friday, January 15 Every year, I promise myself that I am finally going to check out the Zlatne Uste Golden Festival, the two-day music and dance bacchanalia celebrating Balkan tradition that blasts into the Grand Prospect Hall one weekend each winter, and I swear, every year I end up having other plans that I can’t change! This year is not an exception, sadly, but YOU, dear readers, should buy yourself a $35 ticket for either Friday or Saturday night’s festivities and prepare to be dazzled by something really different than your usual dinner-bar-movie routine. This is the festival’s 31st year, and it involves 60-plus bands performing on four stages, with tasty meze and drinks for sale, and a Balkan market featuring clothes, jewelry and CDs. Put on your dancing shoes and be sure to report back to me on how the evening goes so I can experience it vicariously. –K.H. 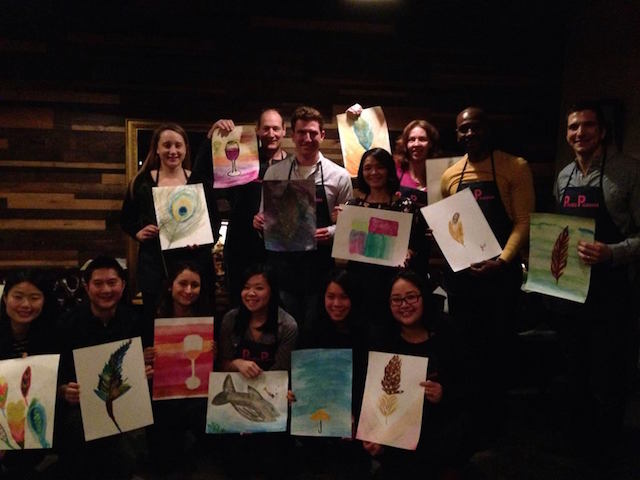 Start 2016 with a burst of creativity at a watercolor workshop at Sycamore Bar on Saturday afternoon. Photo: Private Picassos

Saturday, Jan. 16 Are you a New Year’s resolution-making type? Did any of this year’s resolutions involve things like “trying something new,” “meeting people,” “exploring my creative side,” or “watching less TV?” If so, Sycamore Bar has an event on Saturday that might kill a couple birds with one stone. At 4:30pm, the Ditmas Park watering hole/flowershop is hosting an Art in the Bar Watercolor Workshop, which will cover basic watercolor technique and give you lots of time to create your own masterpiece– over drinks, of course. Tickets are $30 if you buy them in advance and $40 at the door, which includes all materials, instruction, and exclusive drink specials. Please send us pics of your finished work! –K.H.

We’re in the middle of harbor seal season in NYC, so get on the water and check these guys out on Sunday. Photo: NYC Audubon Society

Sunday, January 17  One good thing about the temperatures getting colder is that it means that you might get to spot a harbor seal who has migrated from up north in the waters surrounding the City. Yeah, yeah, I’ve lived here forever and never seen any seals either, but populations have been steadily rising thanks to mammal protection legislation and environmental cleanup efforts and it seems that nowadays you don’t need to travel to the zoo in order to catch a glimpse of a doe-eyed pup like the adorable guys pictured above. See some urban nature in action on Sunday by hopping on a winter eco-cruise sponsored by the NYC Audubon Society and NY Water Taxi. The ride last two hours, costs $35 per adult and $25 per child, and might just be your best bet for seeing our cutest cold weather visitors in their natural habitat. If you’re really lucky, you might also catch another species that has recently re-established NYC as a prime winter destination: the snowy owl. And I’d be remiss if I left out one more very important detail: hot chocolate is included. –K.H. 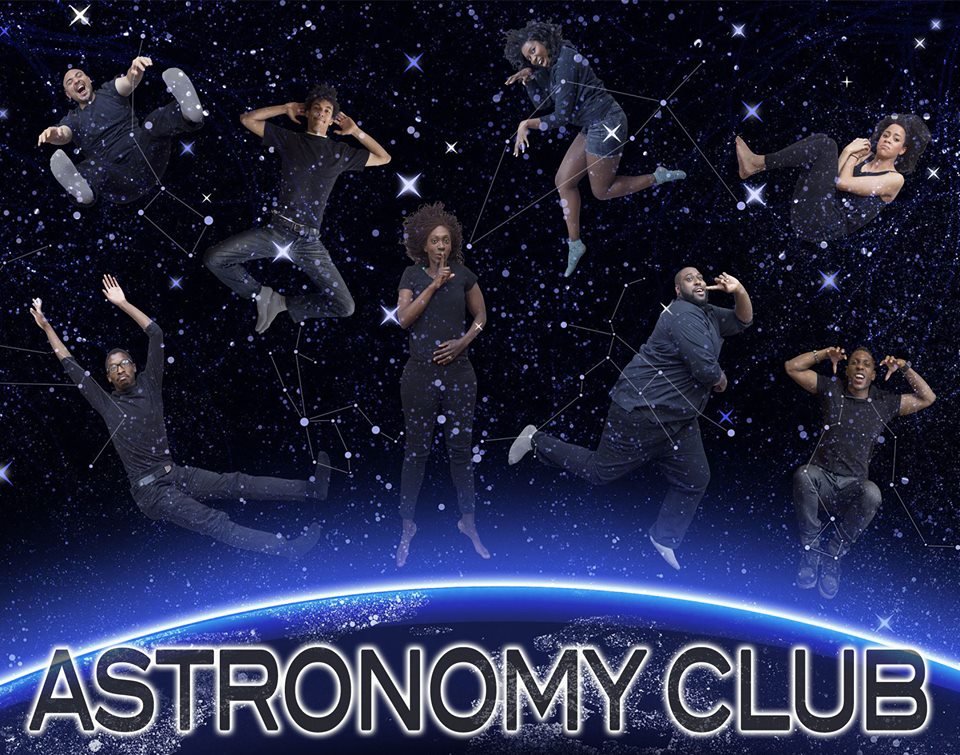 Monday, January 18 Whether you think of Martin Luther King Day as a day for reflection or an opportunity to sleep in, we’ve got a way for you to honor the life of one of the 20th century’s preeminent thinkers and activists:

For serious, contemplative types, there is BAM’s annual Martin Luther King Day celebration, which turns 30 this year. Arrive early to grab a seat in the Peter Jay Sharp building, where prominent intellectual, educator, writer and radio host Dr. Michael Eric Dyson will deliver a keynote address followed by performances from The Voice finalist Kimberly Nichole and the Brooklyn Interdenominational Choir. After the ceremony, meet Dr. Dyson at a book signing session or head to BAM Rose Cinemas for a 1pm special screening of The Black Panthers: Vanguard of the Revolution, the latest film from award-winning director Stanley Nelson Jr. ( Jonestown: The Life & Death of People’s Temple, The Murder of Emmett Till). Seating is first come, first served for all events; doors open at 10am.

For a slightly lighter take on the day, there is A Journey Thru Black History, a comedy show and educational tour through the annals of African-American life. Led by Reverend Professor Ray Cordova and performed by members of the UCB sketch comedy group Astronomy Club, the show invites attendees to “behold the thirst of the Middle Passage, witness the style of the Underground Railroad, and revel in the memory of the greatest black inventor” all in the name of the great Dr. King. Tickets are $5, the show starts at 8pm. –N.R. 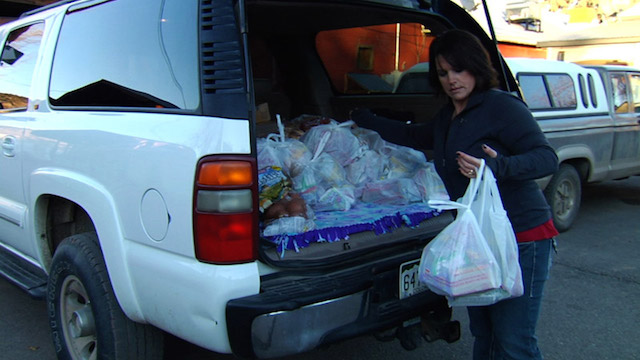 A Place at the Table follows three food-insecure American families in their struggle to avoid hunger. Photo: Magnolia Pictures

Tuesday, January 19 BB readers tend to be a well-informed bunch, so I’m sure that by now you’ve all heard the shocking stats about the number of American children who don’t know where their next meal is coming from (15.3 million in 2014). But to understand what it’s really like to be food insecure in this country, more detail and context is probably necessary. This is where A Place at the Table, an award-winning documentary following three families through their daily struggle to keep themselves adequately fed, comes in. On Tuesday, the Brooklyn Historical Society is offering a free screening of the film, with a discussion led by its director, Lori Silverbush, in connection with its current exhibit entitled Hidden in Plain Sight: Portraits of Hunger in NYC. Doors open at 6pm and seating is first come, first served. –K.H.

Wednesday, January 20 Is your chili the best on the block? Then why not enter it in The Diamond’s weekday chili cookoff? This Wednesday, the Greenpoint bar invites local cooking stars and their teams to enter a chili of their choice in the competition for a generous cash prize. All you have to do to enter is leave a comment here or shoot an email to dave@thediamondbrooklyn.com. Meanwhile, those more interested in eating chili than cooking it can get in on all the goodness for just $5. The competition begins at 7:30pm. –N.R.