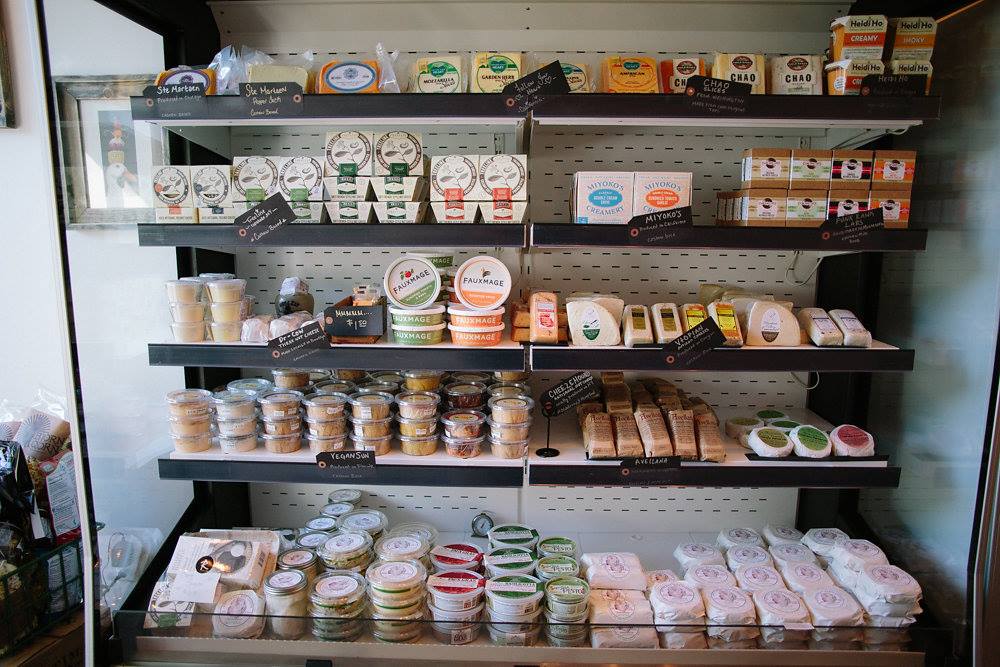 While many of the best vegan cheese come from West Coast producers, the East Coast is quickly catching up. Photo: Riverdel Cheese

It’s a great time to be a vegan or vegetarian in Brooklyn. We’ve got Mexican joints that dole out jackfruit tacos, meat-free Middle Eastern cuisine that is tasty enough to satisfy the most dedicated of carnivores, and excellent vegan chocolate in spades. And now, in a borough with a particular love for a tightly-focused retailer, we have Riverdel Cheese, a dairy-free specialty shop, which opened in December, (a few blocks away from the condiment specialist Empire Mayonnaise) in Prospect Heights.

The owner, Michaela Grob, gradually became a vegan five years ago, following a history of vegetarianism. “I’m an ethical vegan,” she explains. “I’ve always loved animals, but it took me a long time to make the emotional connection between the cute animals and the meat on my plate.”

I’m no vegan, but I do appreciate vegan food for the creativity required to make it satisfying and tasty, so I visited Riverdel last week to explore the world of dairy-free cheese. It’s a tiny storefront by the Brooklyn Museum with an inventory split between vegan cheeses, milks and yogurts, and general gourmet foods. I knew next to nothing upon entering, but the salesperson graciously answered my embarrassingly basic questions (“what is vegan cheese?”) and let me sample a few brands. 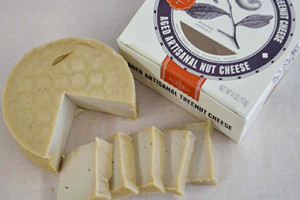 Instead of a cow, sheep or goat milk base, vegan cheeses are usually made from nuts and seeds. Riverdel mostly carries cashew-based cheeses, but a few are made from hazelnuts or macadamia nuts, and even fewer are made of soy. The goods are stocked in a small refrigerated display case, and the vast and well-curated selection is proof that vegan cheese is not a joke. Most varieties come from artisanal producers on the West Coast, but Grob tells me that the East Coast is picking up its production, and she’s currently working with a company in Canada whose products she hopes to have on shelves soon. Some local and regional brands available include Treeline Cheese from the Hudson Valley, and Brooklyn-based Dr. Cow, both of which specialize in cashew and tree nut cheeses. Riverdel also makes a few cheeses in-house, and the store’s signature is the Billy, which has a soft texture and log-like cylindrical shape that bears a resemblance to goat cheese. It’s made with cashews and comes in three varieties: plain, lemon pepper and smoked.

I bought the smoked variety ($9.25) and tasted it on a few occasions. If creamy is the word best used to describe dairy cheeses, then tangy describes vegan ones. The cheese was soft and spreadable, and though I’m not sure I could ever give up goat cheese, I’d happily keep a cashew blend in my refrigerator. It reminded me a bit of the tahini spread halva, but tart as much as halva is sweet. Perhaps comparing vegan cheeses to dairy ones gives them an unfair disadvantage—they’re inspired by conventional cheeses but they don’t mimic them. They’re delicious in their own right, especially in an age where fermented foods (ahem, kimchi) are becoming mainstream. 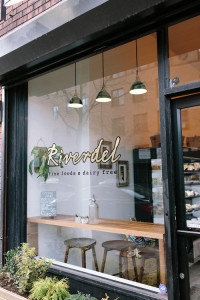 The question really is, what defines cheese? The base of cow, sheep or goat milk, which vegan cheese does not share, or the coagulation, fermentation and aging process, which it does? We’d probably embrace vegan cheese more fully if we weren’t calling it “cheese” at all.

Riverdel, named for Grob’s dog River and cat Fidel, is a specialty grocery store above all, and its products are an homage to independent local brands—there are baguettes from Bien Cuit, croissants from vegan bakery Brooklyn Whiskers, and dairy-free chocolate from Haute Chocolate. They also serve lunch daily, including selections like seitan and mock salami sandwiches (complemented with vegan cheese, of course), and mushroom barley and split pea soup. Though the store’s tiny size lends itself to a grab-and-go mentality, there’s a counter with seats facing the window, complete with magazines to read. No matter your dietary preferences (though it might be best to steer clear if you’re allergic to nuts), check out Riverdel. There’s a whole arena of spreads to add to your not-cheese drawer.