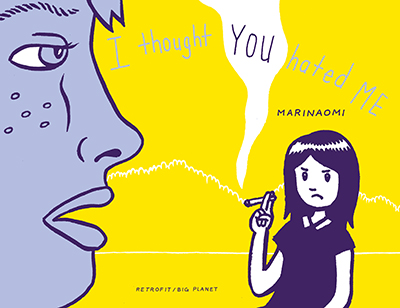 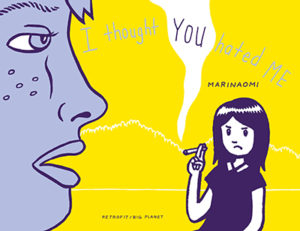 If you are already a MariNaomi fan, a student of comics and graphic novels, or a devotee of Retrofit Comics, a publisher and comics store in Washington D.C., skip ahead because you don’t need convincing.

But if your main association with comics is bloated superhero franchises I’m here to tell you that there’s a whole world of emotionally complex, deeply personal and delightfully weird comic art out there. Give it a chance. And maybe start with I Thought YOU Hated ME, the new comic from MariNaomi, an award-winning author and illustrator, who is a panelist at the Brooklyn Book Festival on Sept. 18.

I Thought YOU Hated ME traces the fraught friendship between shy, cautious Mari and rambunctious tomboy, Mirabai. Women of all ages will recognize Mirabai from grade school, whether you were her, or you were victimized by her. She’s the girl who says, “Isn’t that an ugly color?” and then when you agree, says, “Actually, I was kidding. I think it’s pretty” just to see if you’ll switch your opinion.

Over the years, though, Mari and Mirabai mature and their friendship deepens. While inseparable as teenagers, they’re also both fixated on their own adolescent tunnel vision–each thinks the other is way cooler than she is, and at the same time intimidated by and a little in love with her best friend. 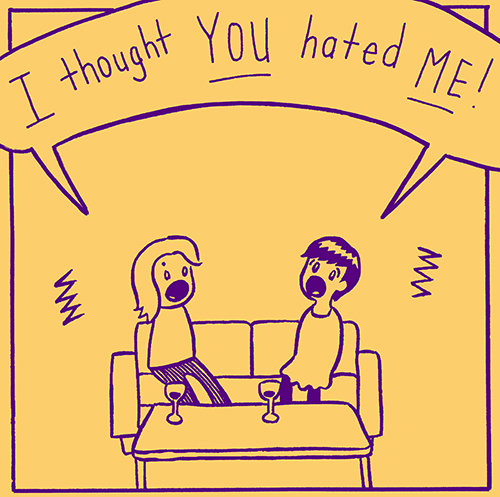 It’s only when they reconnect as adults after a period of estrangement, during which, yes, they each think the other hates her, that they’re able to reflect on their younger selves and put their friendship and their own experiences in context.

MariNaomi has a precise eye for small moments of big change–the sleepover where a wee-hours conversation reveals that another person shares some of your weird thoughts, that time you gave a friend bad advice because you were wrapped up in your own too-cool-to-care-ness, the realization that a friend had spent years feeling guilty about something that wasn’t actually a big deal.

Read it, love it, buy it for the friend you didn’t invite to your 12th birthday party because you were secretly jealous of her summer camp friends and forgive yourself, because if you’re still friends, she certainly has.