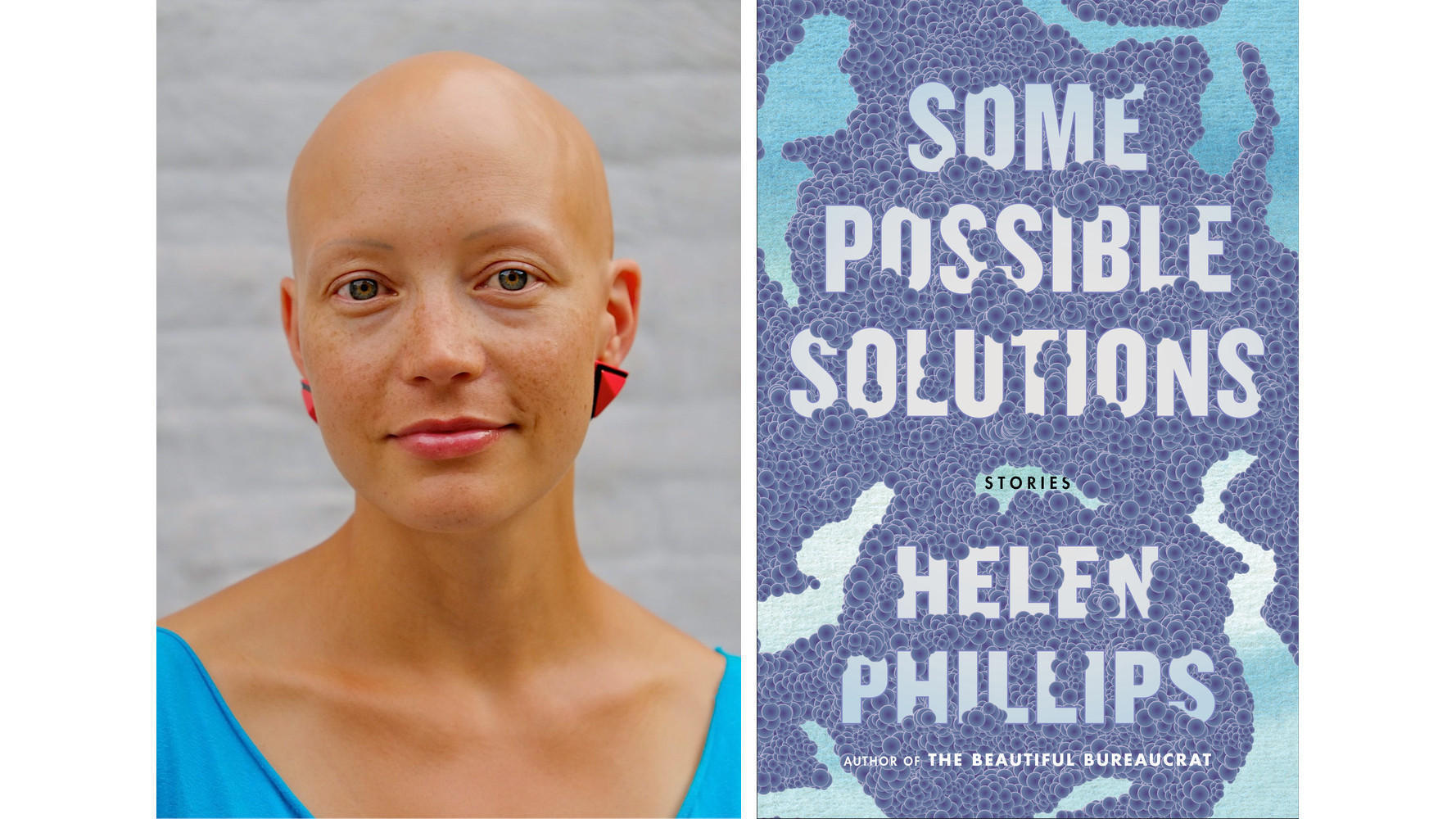 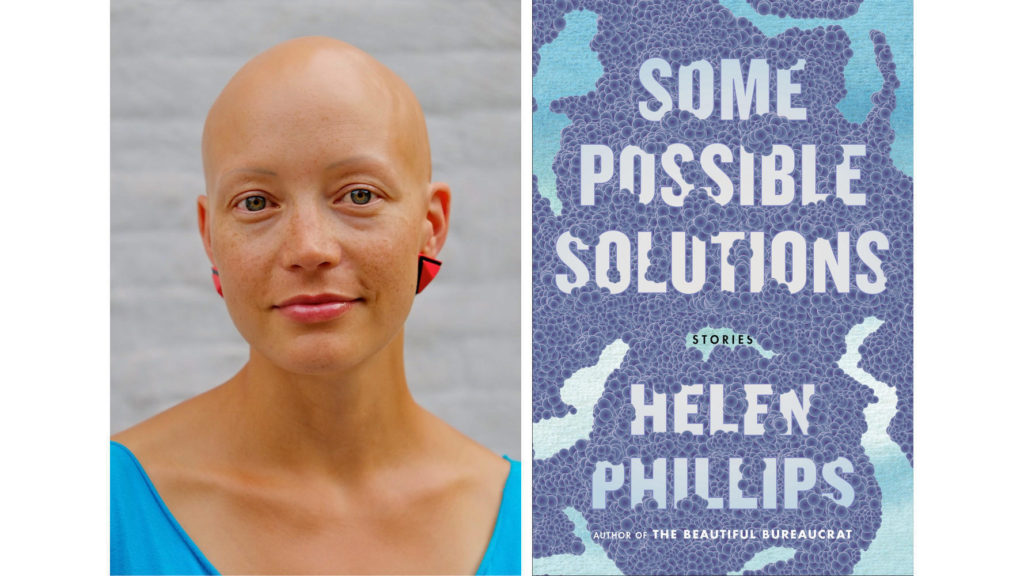 This weekend the Brooklyn Book Festival will pack the borough with some of the world’s best wordsmiths and the readers who love them. One of the local talents–and sure, it’s cliché that Brooklyn is full of writers, but it also happens to be true–that we’re most excited to see highlighted in this year’s festival is Helen Phillips. She’s a professor of creative writing at Brooklyn College and has published two books in two years, a dystopian fairy tale of a novel called The Beautiful Bureaucrat, and an incredibly engaging book of short stories titled Some Possible Solutions.

Phillips’ work is full of sharp observations about modern work, life and marriage; unsettlingly familiar alternate realities; and a deep anxiety about the future. She’s speaking on a panel titled, Something Strange in the Neighborhood with writers J. Robert Lennon and Kaitlyn Greenidge at 3pm on Sunday. We chatted with her on the phone about New York, science fiction and motherhood.

They way you write about New York, or maybe it’s just the urban environment in general, reminds me of Paul Auster. The city is recognizable, but somehow like you’re looking through a special filter. The shapes are right, but there’s another, sort of foreign, distancing element, too.

I feel like walking around the city it’s not hard to feel like moments of the futuristic, the dystopian, the surreal are always near at hand. To get there in fiction it doesn’t feel like I have to push that far to find those elements, like the dazzling sunset over the skyline of Manhattan where you realize that the colors are so vivid because of the pollution.

At the same time, I’m from Colorado and one of the great journeys of my adult life has been to live in an urban environment, and it’s a magical experience for me, so some moments in my work are dystopian versions of the city, while others are love songs.

Can you point to some of the love songs for me–I got more dystopia in Some Possible Solutions.

In my novel The Beautiful Bureaucrat there are lots of moments where the main character is walking through the park, wandering the streets, the graveyard, and some solace is offered in some unexpected way.

That’s New York in The Beautiful Bureaucrat? If so you *perfectly* captured what searching for an apartment is like.

It is. It was originally explicitly set in New York, but my editor offered the insightful suggestion that it would work better slightly more timeless and placeless. But it’s drawn from the experience of living in Brooklyn.

There’s a sci-fi, futuristic edge to your work, albeit more in a Murakami or Margaret Atwood way than a Philip K, Dick way. Are you a sci-fi fan?

I do love sci-fi, but I feel like the really, really avid sci-fi readers out there are some of the most voracious readers, and compared to them I can’t truly call myself a fan.

There a strong theme in your work of parents grappling with a world beyond repair, in which the basic goodness of life that they experienced as children–grass and sunshine and fresh food–is out of reach.

I do have two young children and maybe parents have historically always been anxious for their children, I’m sure they have. But, we live in a time, in a world where that anxiety is heightened by certain things, like children having access to the internet, like the anxiety about the threat of global warming. We don’t know what the environment will be like in 15 or 20 years. We don’t even know what kind of a world or a planet we’re raising them to live in.

Your work captures this simultaneous subversion and expansion of the self that happens in motherhood, and perhaps fatherhood as well. Where does that come from for you?

On the one hand, in motherhood, more than you’ve ever been, you’re tied down by this tiny thing and by daily drudgery and the anxiety of that. But since becoming a mother, I’ve felt connected more to the universe and my instincts, and more like an animal than ever before. Breastfeeding is a strange thing as a modern woman. I didn’t think of my body in that way until I was producing nourishment with it. Time becomes linked to the scope of human existence in a new way, too.

My goal for my next novel is to capture on the page how it feels to love your children. To delve into that intense, crazy, terrifying mother love.

So you’re working on a new novel?

In the past two years I’ve published two books and it’s just always been really busy. I have an idea, and I’m finishing up a few projects and then I’m very excited to go back in to the quiet cave of writing by myself.

This interview has been edited for length and clarity.