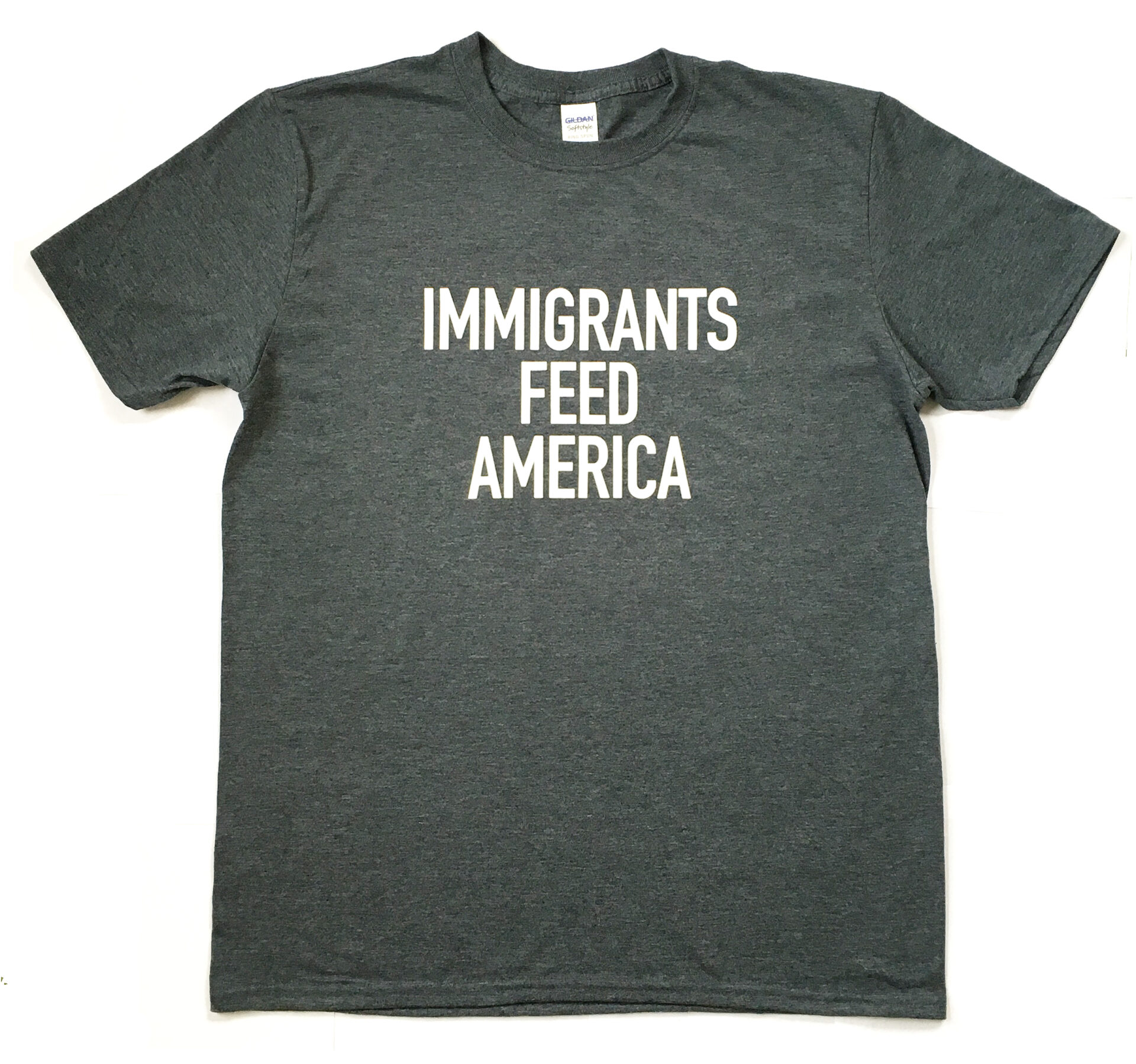 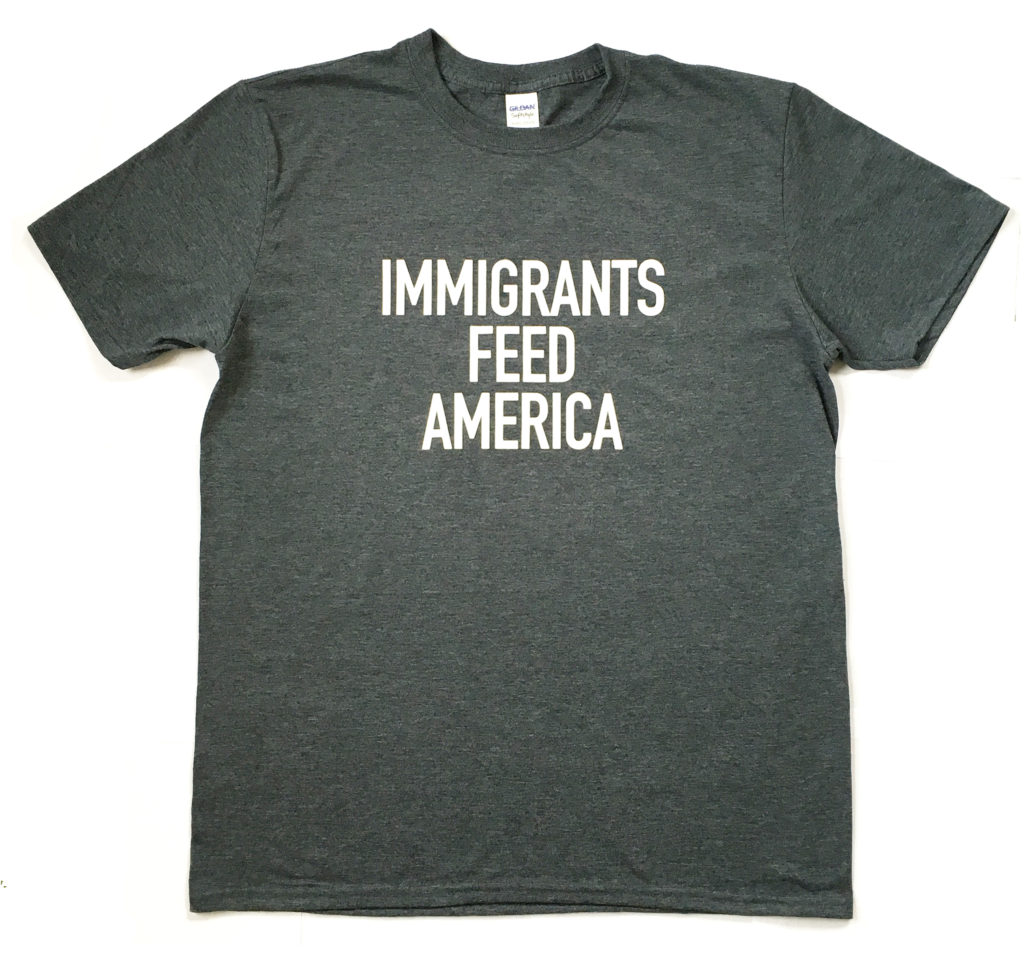 In thinking about Action Trumps Hate for this week I bookmarked dozens of stories on my phone and laptop, because there is such a blinding whirlwind of bad ideas being put into action every single day. Just now, while writing that sentence I remembered all over again that Scott Pruitt is heading up the EPA now. Say goodbye to breathing “air” and drinking “water,” folks.

The theme that emerged from the chaos of stories about non-existent terror attacks in Sweden, whatever that press conference was supposed to be and all things Kellyanne Conway was immigration.

When Trump signed the executive order declaring the travel ban it was so poorly written, and the administration so drunk with power, that some green card holders boarded planes in one country and were then detained when they reached the U.S. Thanks to the incredible energy of protesters, organizers and volunteer legal council we heard the stories of many of these folks and how poorly they were treated. It’s going to be just as important to seek out, and likely tougher to report, the stories of people who are being detained and deported by ICE over the next few months. This is another important takeaway.

ICE, U.S. Immigration and Customs Enforcement, is actively conducting raids. Yes, these happened regularly during the Obama administration. It’s too early to be definitive, but I’ve read a few pieces suggesting that an Obama-era policy in which only the raid’s target, say, a person in the U.S. illegally who had committed a serious crime, would be detained, had been dropped like first period Spanish. It seems that now anyone else discovered to be in the country illegally in the course of such a raid, roommates, family members, co-workers, are also being detained, even if they have not committed a crime.

Brooklyn Based contributor Ilana Novick wrote an article this week about what immigrant advocacy groups in New York are seeing right now. One of the most important bits:

Natalia Aristizabal, a lead organizer with immigration advocacy organization Make the Road New York, believes that there’s been a ramp-up in activity, that the actions in New York are “consistent with what we’ve seen as a surge of ICE activity reported in the past week all across the country.”

Again, it’s too early to tell definitively what is going on, but advocates are reporting that ICE as become more aggressive. Novick also outlined several shady tactics ICE officers often use to stop and detain people, including presenting fake warrants.

It’s a lot of information and activity to sort through, but I don’t think it’s any great mystery why there have been a number of articles and essays written about the internment of Japanese-Americans during WWII recently. I don’t think it’s any coincidence that hate groups are on the rise. It should come as a shock that Trump, when asked about anti-Semitic bias crimes in that head scratcher of a press conference last week, by an Orthodox Jew from the Hassidic magazine Ami, openly berated the young man for not asking a straightforward question, and chose to go on at length about his own complete lack of racism and and anti-Semitism of any kind. We need to take at face value the fact that a man who espouses a white nationalist world view has been given a major role in the White House.

Say I’m wrong. Maybe we liberal hand wringers are totally misreading Bannon and Trump and everyone else who seems to think that making America great is mostly about making it whiter. Should we really be worried about being wrong here? Would it really be so terrible to go out of our way to protect the human rights and dignity of people living in the U.S., no matter how they got here? Do we really want to be on the wrong side of history on this one? No, I didn’t think so.

Monday: Happy Not My President Day! Check out this very cool tool for finding town hall meetings with your elected officials and go to one this week, if you can.

Tuesday: Read up on immigrant rights so that you know what to do if you witness a raid or have a friend or coworker at risk.

Wednesday: Take this poll about the mainstream media that the Trump team posted. Say nice things about us! Or don’t.

Thursday: Think about where your food comes from. As Eater put it this week, if you care about food, you need to care about immigration. On Thursday, Feb. 16 immigrants, both legal and undocumented, around the country went on strike, taking the day off from work, and from pay for many, to send the message that immigrants make an invaluable contribution to the fabric of our society every day. As the Modern Farmer t-shirt points out, food businesses from McDonald’s, to dairy farmers in the state of Vermont, to Trump Vineyards could not run without immigrant labor. Now, there’s an argument to be made that American workers could be doing all of these jobs, and there’s an argument to be made that in the U.S. it’s completely legal for a corporation like McDonald’s to pay a full-time employee so little that they qualify for food stamps, or to keep someone who wants to be full-time on just few enough hours so that they don’t get any benefits and that if we fixed that part of the system American workers would be more likely to want these jobs. Or that American agriculture is a garbage pile of subsidies and cheap diabetes-makers. I’ll expand on this a later date.

Friday: Read Tracie McMillan’s wonderful book, The American Way of Eating. McMillan spent time working and living with migrant farmworkers in California, as well as at Walmart in Detroit and Applebees in Brooklyn and she has many smart and nuanced things to say about poverty, food and work.

Saturday: Check out the Trump Resistance Plan on Moyers & Company. Especially take note of the list of Republican Senators and Representatives to contact and why you should, even if you do not live in their state.

Sunday: Get ready for another Action Trumps Hate newsletter, and share it with someone you think would enjoy my particular flavor of dad jokes and political commentary.

ICE Shadiness: Read the full story from Brooklyn Based contributor Ilana Novick about what ICE has been up to in NYC.

Meanwhile, U.S. Rep. Luis V. Gutiérrez, a Democrat from Illinois, was barred from a meeting with ICE by staffers from House Majority Leader Paul Ryan’s office.

In her article Novick wrote about tactics ICE is using in New York City, which include approaching people they suspect to be undocumented without proper warrants. Gothamist also reports that Immigration Court in NYC has shifted in attitude since Trump took office.

The Washington Post wrote about a woman in Texas who ICE detained because she was at the courthouse, seeking protection against her abusive partner, who tipped ICE off that she was there.

Faithful America, a Christian Social Justice group, would like ICE to stay the heck away from churches, thanks?

A 23-year-old DREAMer, protected under Obama’s DACA act was taken into custody for being undocumented in Seattle.

Vox explains the raids around the country.

Immigration ban and fallout: Leave your phone behind when traveling internationally.

Oregon governor, Kate Brown, was very clear that immigrants are welcome in her state and she would have no part in the erosion of civil rights in the U.S.

The Trump administration also proposed using the National Guard to round up undocumented immigrants around the country.