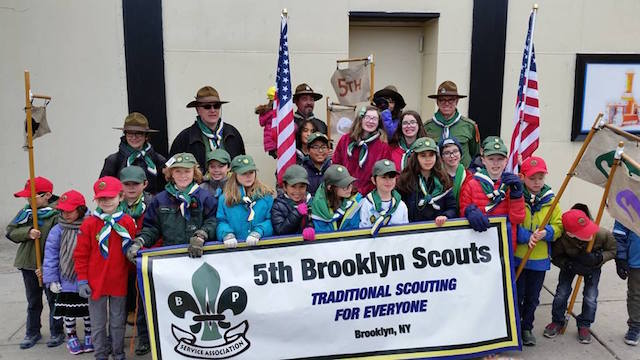 Let me introduce you to the 5th Brooklyn Scouts, where their motto is “traditional scouting for everyone.”

Don’t be fooled by the word “traditional.” Part of the Baden-Powell Service Association (BPSA), an all-inclusive scouting organization that has been in existence worldwide since 1907, the 5th Brooklyn Scouts is not the gender-segregated experience that you remember from being a Cub Scout or a Brownie, and does not have the same history of discrimination against gay and transgender children and leaders. (Last month, The Boy Scouts of America finally announced that they would allow transgender boys to join.)

Just as importantly, Brooklyn Scouts seamlessly blends the joys of forest school, the community service of a social justice club, and outdoors-focused field trips, all for $180 for the entire year. Children spend a lot of time outside, and learn real skills.

The Brooklyn chapter speaks openly about their challenge to diversify in their Park Slope enclave, which is a focus for their organization this year, as well as a historical value of the organization. “Scouting has even transcended and risen above racial divisions and prejudices in the movement’s past,” says scoutmaster Jillian Tate. “Our founder, Lord Robert Baden Powell, refused to allow racial segregation in scouting until his death in 1941–even in countries like South Africa and India where the ruling colonists attempted to create all-white organizations.” 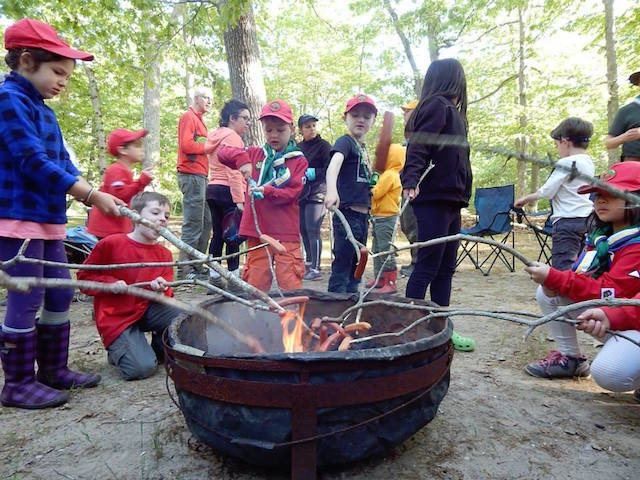 Todd Schweikert, a local dad, chartered the first BPSA group in Brooklyn in 2012 as a way to participate in scouting with his whole family, without the turnoff of a homophobic history. The groups are not segregated by gender, so siblings and their parents are able to participate together. Since the first test season in Park Slope the response has been incredible–the inclusive tone hit the right note in the community.

“The BPSA is not merely ‘tolerant’ of people of different backgrounds, but has an inclusivity badge that creates an opportunity for the leaders and parents to discuss their values concerning lesbians and gays, transgendered people and scouts who are part of other oppressed groups and their life experiences, and to pass those values along,” says Claire Cavanah, a Brooklyn Scout parent and owner of Park Slope’s favorite sex toy shop, Babeland.

After filling up all memberships (about 85 kids total who are divided into smaller packs) in Park Slope, the Brooklyn Scouts are currently spinning off a second troop that will be based in Fort Greene (more on how to join below). 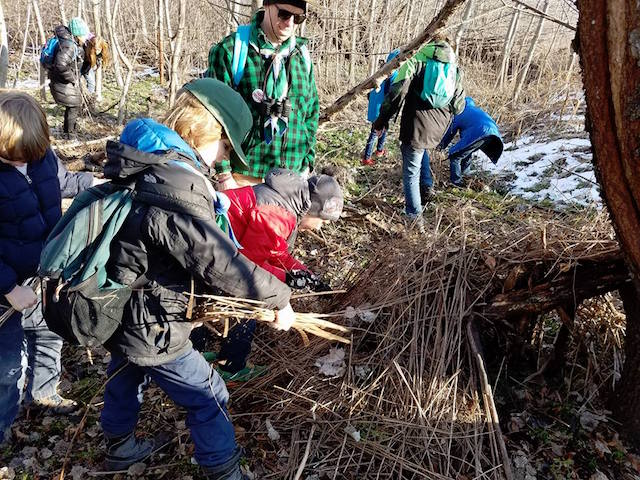 The focus on nature skills and the outdoors is a major component of the appeal. “We seem to have filled a need for an outdoors-focused community in Brooklyn,” says Jillian Tate. Scouting in this context goes way beyond barbecues in the park and pinecone handicrafts. Most of the meetings take place outdoors in the spring and the fall, regardless of weather. (After the clocks fall back, they meet at the Brooklyn Society for Ethical Culture so they aren’t outside after dark.) For city kids, this exposure to the outdoors can be quite rare, and learning real scouting skills like pitching a tent or tying knots is unusual.

Parents are an integral part of the experience, with mandatory participation in the volunteer-run organization. Many parents are former scouts, while other families are complete nature newbies. Everyone is welcome regardless of experience. 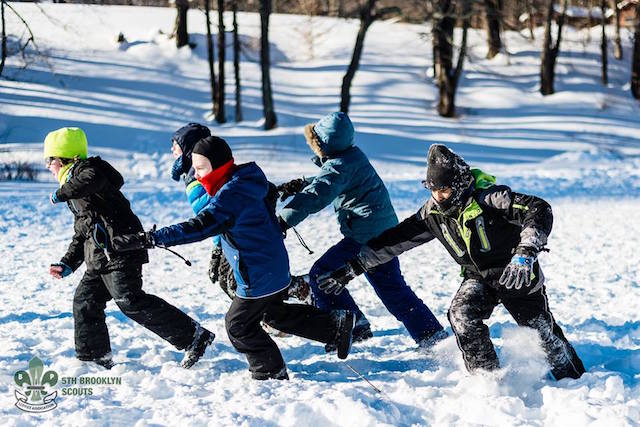 Dens are broken up by age and meet bi-weekly for 90 minutes where they learn skills (knots, knives, first aid), do crafts (like build a real toolbox), sing songs, perform skits and play games. There are monthly excursions: learning American history at The Hamilton Grange, hiking for the day in Montauk, seal watching at the Audubon Society. The thing families look forward to the most are the seasonal camping trips.

Deirdre O’Brien, who moved to Brooklyn from Ireland with her husband and two sons in 2013 says, “Camping is definitely number one! The boys absolutely love it. They go on hikes, build wooden huts, learn about nature, play cards, sit around the campfire, get dirty and generally have a wonderful time.” The troop fundraises for the camping gear, and subsidizes the camping trips so it works out to only about $35 per person to cover food and site fees. The trips are a way to make new friends and bond in a way that doesn’t usually happen in a normal weekly class.

“There is something quite meaningful about camping and hiking with their fellow scouts that ties them together,” says David Christini, Brooklyn dad of three. In the wintertime the scouts “camp” at Frost Valley YMCA  (a camp near Woodstock, N.Y.) where the scouts engage in activities like snow tubing, snowshoeing, ice fishing and broomball. “The leadership is devoted, to a degree that all us regular parents marvel at time and again,” says Cavanah. “They arrange for outings that only the most ambitious parents would accomplish on their own.” 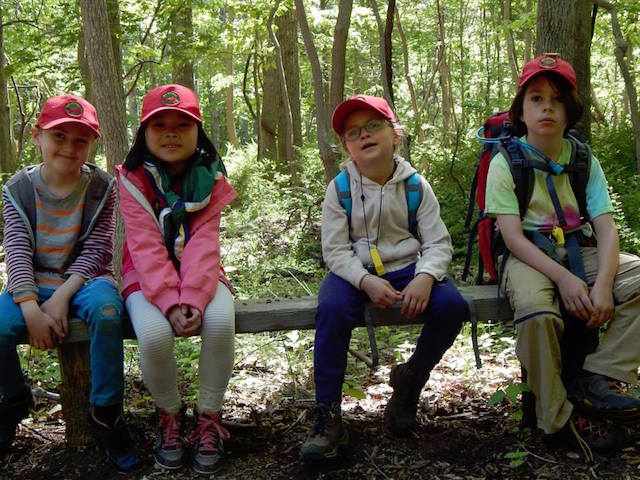 It’s not all fun and games though. Just like other scouting troops, this one participates in “good turns” (collecting badges) for service projects promoting good citizenship within the community. (A good turn can also include doing more chores around the house!)

“Service is one of our core tenets, as we create a culture where children and adults ask, ‘How can we help?'” says Tate. “They have done park cleanups, served dinner at the Brooklyn Friends shelter, planned and executed a fundraising waffle breakfast and participated in a marathon bake sale. This year they also sent kits to refugee camps. Instead of just going through the motions, the scoutmasters discussed the refugee crisis and read stories about it to the younger dens.”

O’Brien emphasized that making those care packages “taught [her sons] to care for others and about the wider world beyond the comforts of Park Slope.” Most recently, the troop attended the Rally for Hope and Kindness in Fort Greene. “The Scout law teaches us to be trusty and kind, and a friend to all,” Tate says. “We continue to emphasize these values and hold them high with all the Scouts and adults involved in the group.”

You won’t find that at your weekly soccer class.