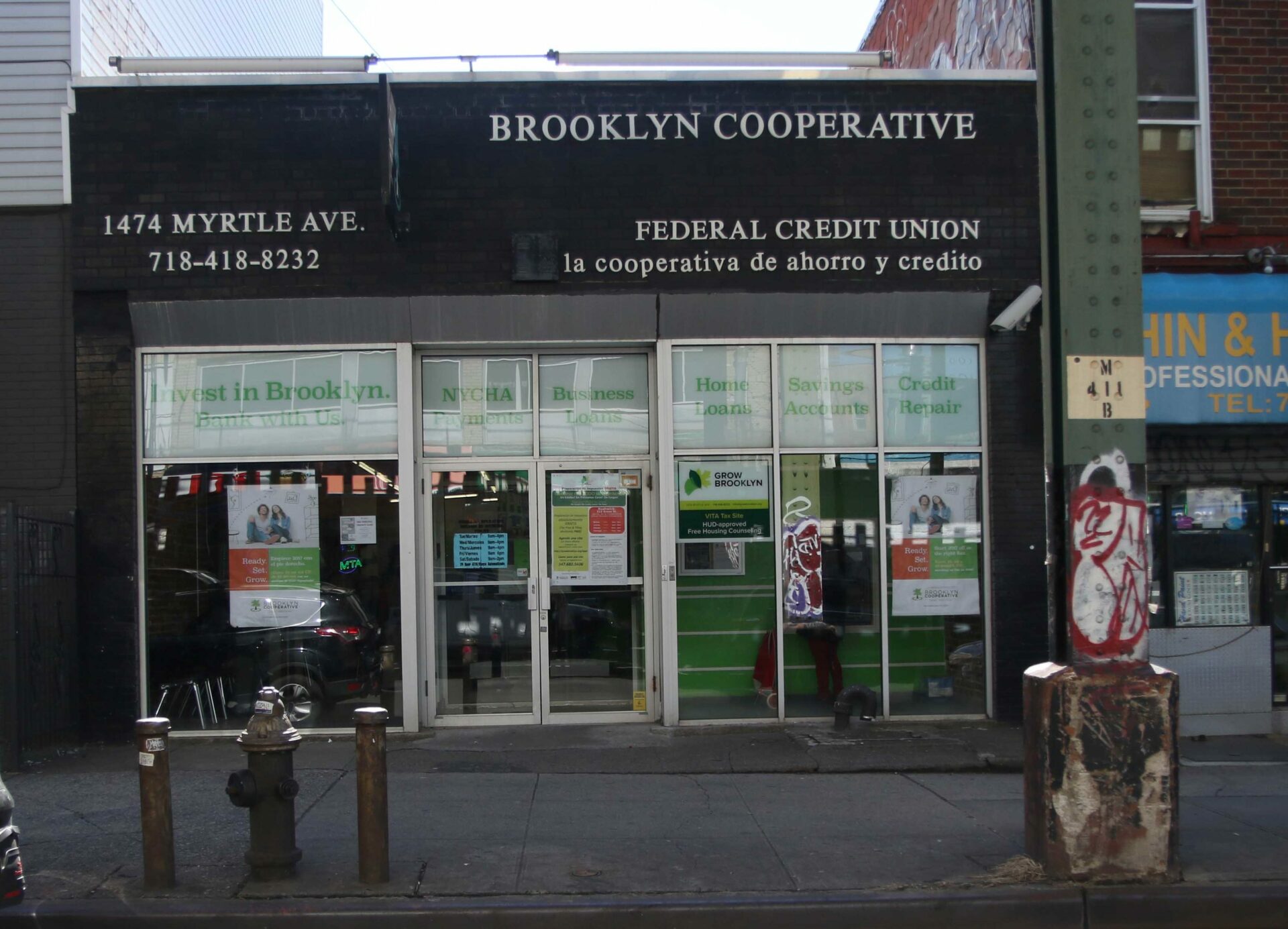 In early February the Seattle City Council voted unanimously to divest from Wells Fargo Bank because of its financial backing of the Dakota Access Pipeline in North Dakota. While your checking and savings accounts may seem paltry compared to the assets of the 18th largest city in the U.S., moving your money to a credit union is an incredibly effective way of investing in your local economy and taking your hard earned dollars out of the hands of corporate interests.

Large corporate banks like Wells Fargo, Chase, Citibank and TD Bank use customers’ deposits to invest in a wide range of ventures, some of which are risky, divisive and take money outside of the communities where customers live. We’re talking an oil pipeline that threatens drinking water and Native American sovereignty; we’re talking mortgage-backed securities; we’re talking investments that you the consumer are never consulted about and may never know about, in companies and with entities you would never intentionally support.

Unlike so many thorny political and financial issues of conscience though, there is a good answer for this dilemma: Join a credit union. 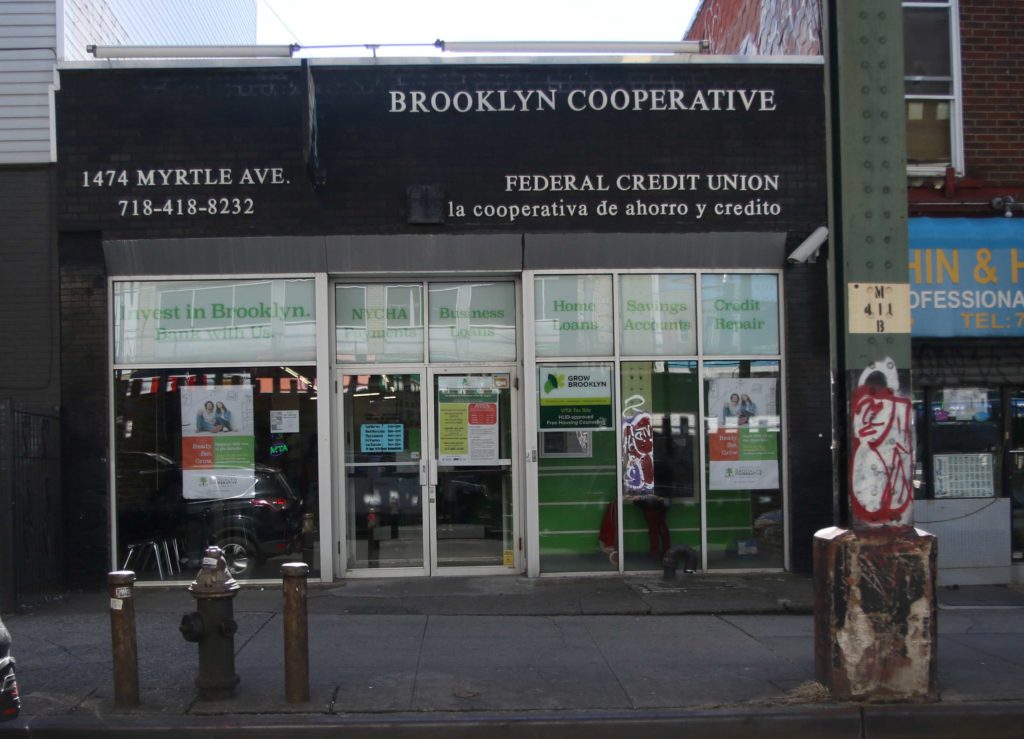 Anyone who lives in Bed-Stuy or Bushwick can join Brooklyn Co-Op Credit Union. Photo: Angely Mercado

If you want to take action with your cash, but you’re worried that you won’t be able to do all your banking at a credit union, rest easy. According to Linda Allen, an economics professor at Baruch College, credit unions provide the same basic services that corporate banks do.

“They’re indistinguishable from one another from a consumer standpoint,” she said. “Interest rates are similar maybe even a little bit higher at a credit union.”

Allen also stressed that the money in credit unions is protected by federal insurance–the FDIC–just like it is in a large bank. There are fewer options for IRAs and other investments at credit unions than at most large banks, but they are available (many financial advisors suggest putting IRA and 401K dollars in low-fee Vanguard investments anyway).

While there is still a perception that you can’t use a credit union unless you work in particular industries, many are very accessible. Municipal Credit Union has 17 branches in and around New York City and Allen says that it’s one of the easiest credit unions to join. City, state and federal employees are eligible, as are students and employees in the CUNY system, hospital and insurance company employees, and anyone related to or living with those who are directly eligible. That means that if you, your roommate, sibling, mom or dad goes to or works at CUNY or works in a hospital or for the city, you’re in. 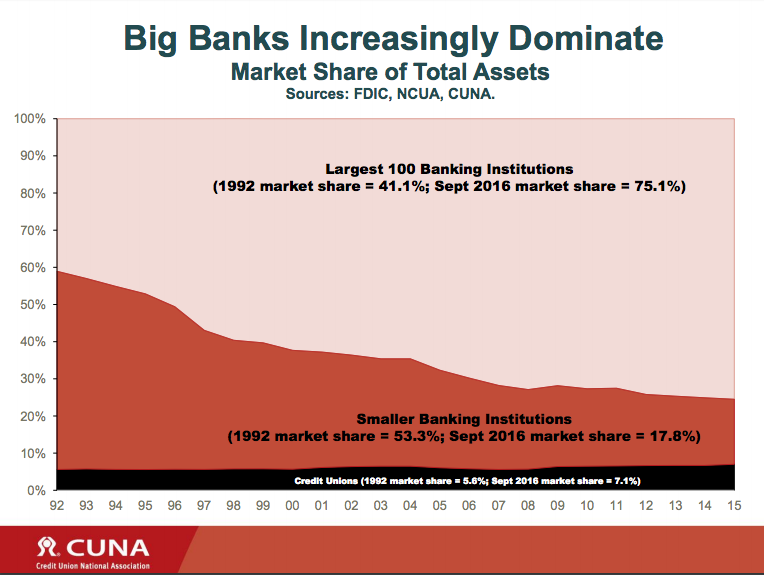 That black band on the bottom is the credit union market share for consumer banking. Credit: Credit Union National Association

“We’re able to pass along profit back to our members in lower rates on loans and higher rates on savings accounts,” he said.

Mattone also highlighted that risky investment schemes, like mortgage-backed securities and oil pipelines, are uncommon for credit unions. Members can sit on a volunteer board that discusses how money is invested, so there’s better oversight and more transparency than at a large bank. Money that members put into the credit union in turn benefits the community, through investment and through better access to banking for community members.

“Credit unions are more likely to invest in safer and localized investments,” Mattone said. “From a business perspective there are certain restrictions in what credit unions can invest their members’ funds in.”

If you’re not eligible for MCU, there are several credit unions that welcome members by zip code. Brooklyn Co-op is available to anyone who lives in Bedford Stuyvesant and Bushwick. Lower East Side People’s Credit Union is open to residents of several community districts in Manhattan, as well as NYC residents making under $38,000 a year, and several other groups who traditionally have less access to banking services. Urban Upbound Credit Union is open to residents of many neighborhoods in Queens. Melrose Credit Union is open to all with a $1 joining fee. Though it only has one physical branch, in Jamaica, Queens, members have no-fee access to ATMs around the city. This tool searches credit unions by zip code and financial services offered.

Unlike Municipal Credit Union, Brooklyn Co-op does not sponsor local Brooklyn organizations. Instead, investments are used to give members loans and three- to 12-month certificates of deposit with 1% interest. It also provides free financial counseling for people in and around Bushwick and Bed-Stuy. Community members who want to join can do so by bringing proof of address, a government issued ID, a tax ID number or social security number, and $30 for a $5 deposit and a one-time $25 membership fee.

Rebecca Pear, a spokesperson for Brooklyn Co-op, advised anyone considering switching to a credit union to avoid closing their current bank accounts at first. She suggested calling to ask about the specific services you need to make sure the credit union has them. It’s a good idea to open your new account and then transfer all your online payments and recurring charges at your leisure, since so many of us automate most of our financial lives and you don’t want any bills to go unpaid.

Pear mentioned a few small downsides to having your money exclusively in a credit union, mostly having to do with convenience.

“We only have two physical branches, but they are open on Saturdays as well and we don’t have a call center to get 24-hour assistance,” she said. “But you’ll get more of a personal relationship with the credit union…it’s relationship-based banking.” Brooklyn Co-op members can use their bank cards at Citibank ATMs all over New York for free, which considerably addresses the convenience factor. No matter which credit union you join, you won’t find an ATM in every Rite Aid or Duane Reade, though many do share ATM access with each other, so you may have more fee-free options than you might think.

If you decide to break up with your corporate bank, take a look at their website to determine next steps. If you have a positive balance, some will let you close an account online or over the phone; others require an in-person visit (the better for social media). Here’s how to close your account at Chase, Wells Fargo, Bank of America, and TD Bank.

For more information on how to go about closing your bank account if you plan on joining a credit union, check out this guide to switiching.

Regardless of which credit union you choose, you’ll be a lot more than your bank account. “You’re not a depositer or a borrower,” said Allen, the Baruch professor. “You’re a member.”

Leave a Reply to Annaliese Griffin