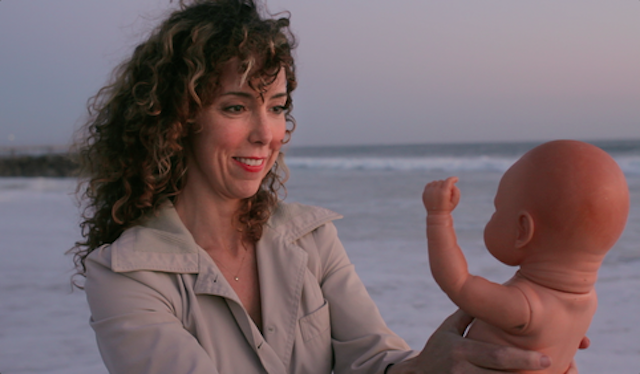 37 Problems is a new binge-worthy web series that deals with fertility and ambivalence towards motherhood. And it’s funny!

What does it even mean to “have it all?” 37 Problems, which describes itself as “a raunchy new series about fertility and growing up” explores that well worn question with welcome hilarity and a considerable edge.

A 37-year-old screenwriter (played by creator and director Lisa Ebersole) has Sundance dreams and wants to borrow $10,000 from her mother to finish her project. Her mom gives her the money, but wants her to use it to freeze her eggs instead. Panic and hijinks ensue, with a cast of eccentric characters like an elderly ex, her father’s ghost, a charming yet slightly sleazy fertility doctor and a kooky editor who lives in a garage with his daughter. Ambivalence toward parenthood permeates throughout.

In an extremely crowded webosphere, Ebersole is an emerging talent worth getting to know. While she’s already an award-winning playwright and filmmaker, 37 Problems is her first web series, and it’s been selected for the Austin Film Festival, Brooklyn Web Fest, and the Hollyweb Festival.

You can binge watch the entire NSFW series on 37 Problems and on Vimeo. In the meantime, Ebersole took time out of her busy schedule to answer some questions about Lena Dunham, fertility and Obamacare for us. 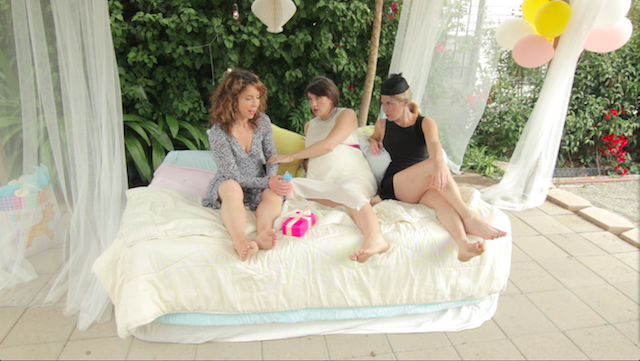 A friend’s over-the-top baby shower goes south when Lisa wonders about how far to go with fertility treatments. Photo: courtesy of 37 Problems

BB: What inspired you to make 37 Problems?

LE: These are stories of women that I know; women in their late 30s who are still single and trying to figure life out. Also having ambivalence and not being clear on whether or not you want a baby, but realizing your time for doing that is running out. I have a couple of friends who froze their eggs and I thought, “Should I max out my credit cards to do this?”

BB: How much of the show is autobiographical?

LE: Well, my father did pass away. I did do marketing and copywriting in New York and then left for film school in L.A. I had an older ex-boyfriend…

BB: Did you make a shrine to him when you broke up [like in the series]?

LE: [laughs] No. Also, my mom is definitely not like the mother on the show, but she asks about this stuff.

BB: Your character is really inspired by Lena Dunham on the show. Are you inspired by her? Who else inspires your work?

LE: Absolutely. When I saw Tiny Furniture, I thought, “Oh I can do this!” She’s certainly an inspiration. Louie is an inspiration. Fleabag, the Amazon show, I love what she did with that show, Catastrophe. Anybody who writes and directs and acts in their own work.

BB: What’s your viewpoint on women “having it all”? Is it possible or even realistic to have both a successful career and a baby?

LE: I can only talk personally on that. I’m single, on Obamacare and I live paycheck to paycheck, so I can’t imagine also having a baby right now. But maybe my imagination is limited. I think I’m still working on taking care of myself!

BB: The baby shower scene in the series is so funny. You captured perfectly that there’s no perfect path to motherhood now and that often inspires judgment from all sides.

LE: For me, the question is if I say I want kids “someday,” but someday means now, what am I doing about it?

The whole storyline at the baby shower is the character [one of Lisa’s character’s best friends] had tried everything to get pregnant, spent hundreds of thousands of dollars, travelled to different countries, to do everything she can to become a mom. [Lisa’s character rudely implies that with all that work maybe it just isn’t meant to be, and subsequently is thrown out of baby shower.] There are just different paths for women of the same age.

BB: Also, in the series the fertility doctor ends up being kind of sleazy, yet charming. Fertility can be a big business, without much oversight…

LE: I didn’t base the fertility doctor character on anyone particular, but I’ve had many charming doctors. I went to get my eggs counted when I started this, because I wanted to write authentically. And when I was like, “If I want to have children, do I need to be worried about this?” The doctor did say to me, “You’re never as young as you are today.” I remember this so clearly. 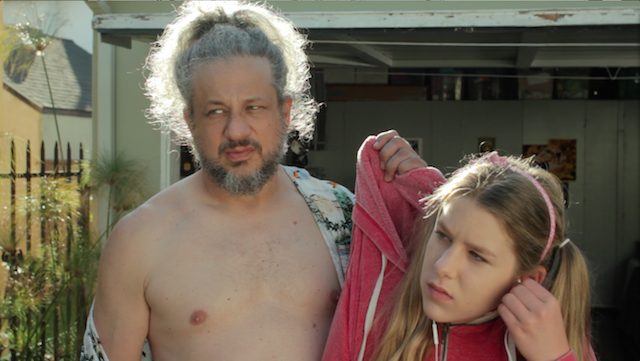 Eccentric characters round out the show’s cast. Photo: courtesy of 37 Problems

BB: The show’s characters are so funny and it seems like casting would have been really important. What was that process like? [The series also features Pej Vahdat (Sneaky Pete), Stephanie Sanditz (It’s Always Sunny in Philadelphia), Joseph Reitman (Townies), Catherine Carlen (How To Get Away with Murder) and James Morrison (Brooklyn Nine-Nine).]

LE: It was definitely a mixed bag between traditional casting of actors coming to the theater and reading the parts and casting through referrals. But the part of my best friend is played by my actual best friend in L.A! I wrote the part for her.

BB: Web series seem to be expanding the arena for actresses, giving more space for older women who may not be getting their voices heard in traditional Hollywood. But there is also so much content online, how do you get noticed?

LE: In this day and age the whole thing is getting anyone to watch it. I’m figuring it out as I go along. I knew I needed a publicist to launch this and built that into the production budget.  I’ve seen so many web shows with potential that no one watched and that’s just heartbreaking.

LE: I’d love to eventually turn this into a half-hour show or do a second season where she really does get to “have it all.”