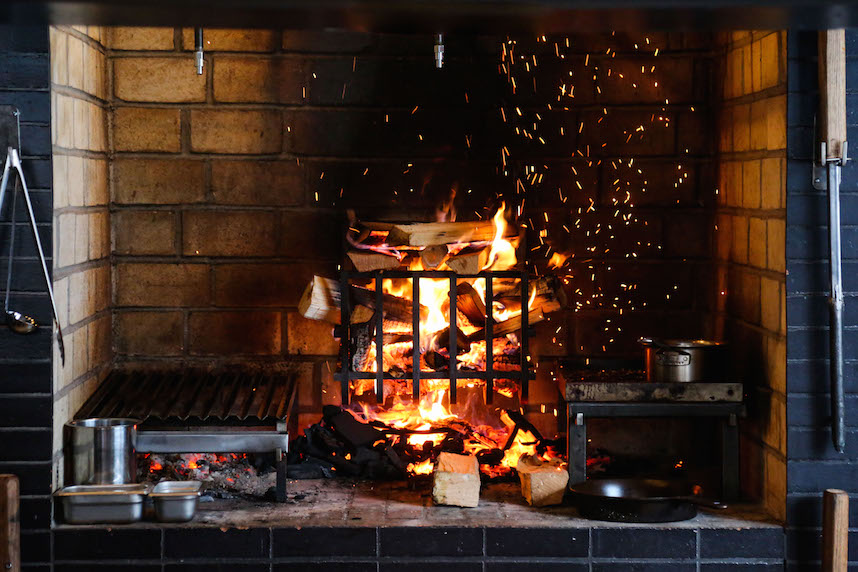 When I was 24 years old I decamped to Buenos Aires and spent six months surviving solely on the finest steak known to humanity.

Across the road from my apartment was a hole-in-the-wall parilla, set up like a bar except instead of bottles there was an open metal grill and a woman presiding over the meat with all the seriousness of the Pope on Sunday. Steak was served on a wooden board with just a knife; the traditional way to eat steak in Argentina is to hold it between your teeth and cut a portion away with the knife.One of the wizened locals, known as porteños in this part of the world, bore a scar on his bottom lip from where he’d been overzealous in this undertaking, or so the story went. 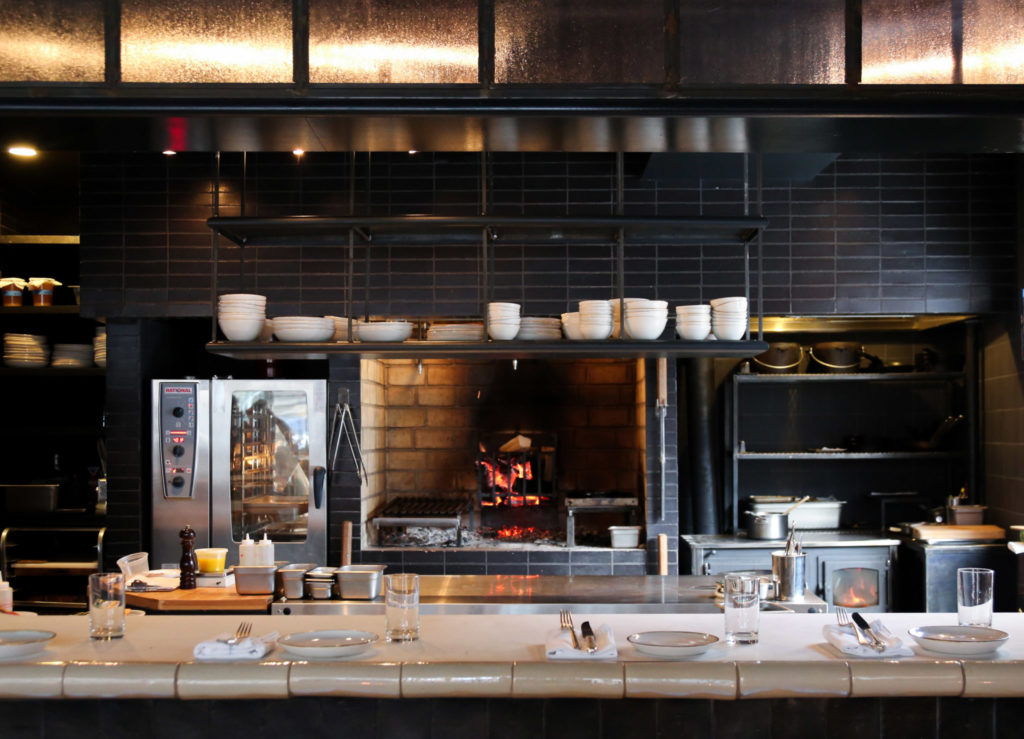 Sit at the chef’s table with a view of the fire, if you can. Photo: Katie June Burton

I’m not sure this method would go down well at the chef’s counter in Fort Greene’s new South American-inspired restaurant Mettā (197 Adelphi, near Willoughby), amid the convivial buzz of this self-consciously trendy spot (cozy maple wood paneling, low wattage lights, herb garden–all the fixings). Perhaps only the chef would understand, the long-haired Argentine, Norberto Piattoni, who stalks the sleek black open kitchen with the same meat-grilling seriousness I encountered all those years ago. He tells me enthusiastically about his custom-designed kitchen, which I can only describe as the culinary Swiss Army knife of open flame cooking. As such, most of the ingredients on the menu come charred, smoked, blistered or some other inventive take on the meat+fire=magic equation that has kept us busy since we were cavemen. 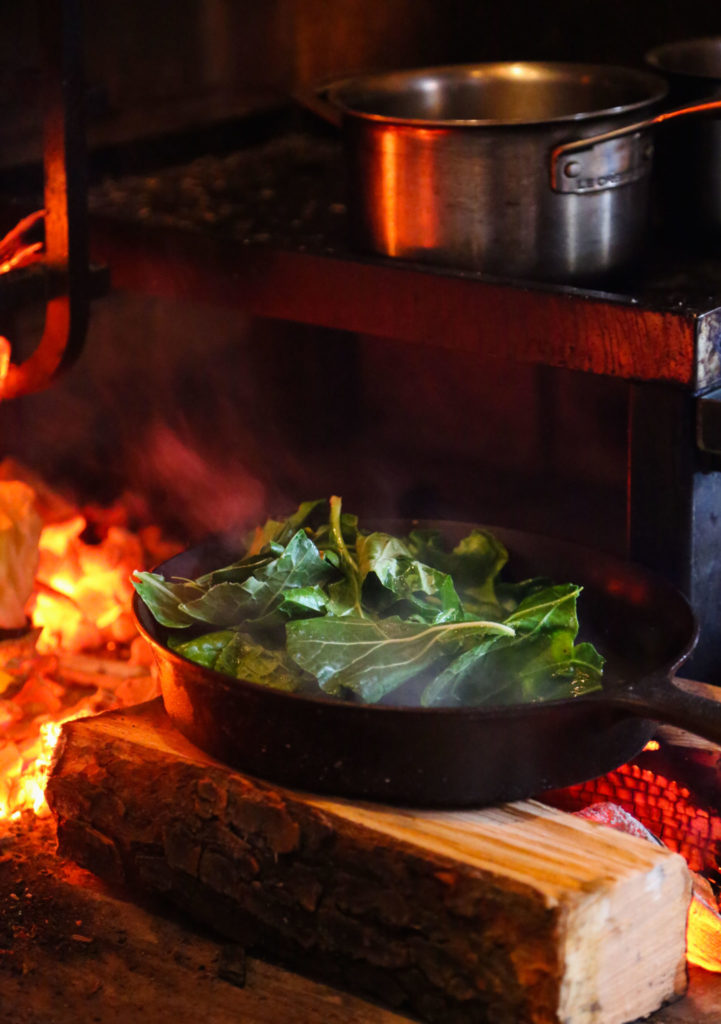 Unlike my experience of Argentina, vegetables abound at Mettā, like the earthy charred beets with chewy rye berries ($14) or the bright cucumber, cabbage, borage and farmer cheese salad ($13). While the “seasonal” and “sustainable” labels barely need to be uttered these days, Mettā has adopted a particularly forward-thinking approach to its low waste ethos, recycling in a closed-loop system between bar, restaurant and garden.

Preserving is Piattoni’s second love, after flame, discovered during his previous stint at San Francisco’s Bar Tartine, along with some excellent sourdough skills. Pickling, curing and dehydration are employed on both food and cocktail menus, the latter reading like a what’s hot in the world of cocktails piece; kefir, yerba matá, and shrubs all find their place. The Shrute Farms ($12) with Montelobos mezcal, Pear Williams brandy, beet shrub and chive brine was particularly well balanced–just the right side of unusual. 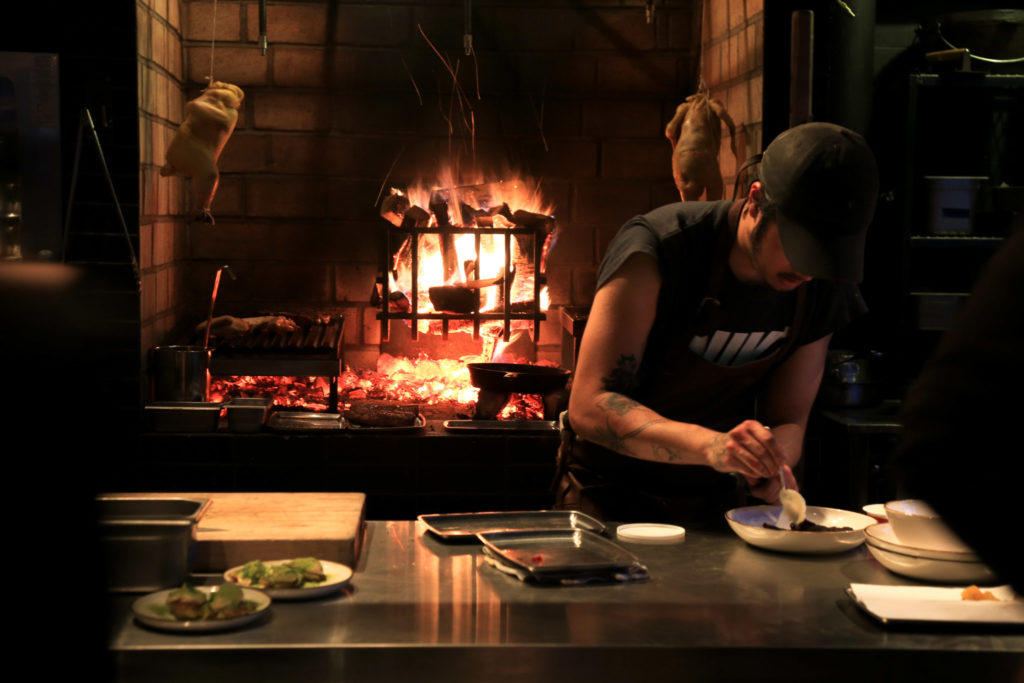 There is a pleasing contrast here between the brutish hunks of meat hanging above the fire basket and the gentlemen in black gloves delicately tweezering a morsel of porgy crudo and sliver of preserved ramps onto my plate; Mettā embodies both the raw animal pleasure of eating and the fastidious refinement of today’s urban food scene where the likes of ancient grains and fermentation are cause for excitement. 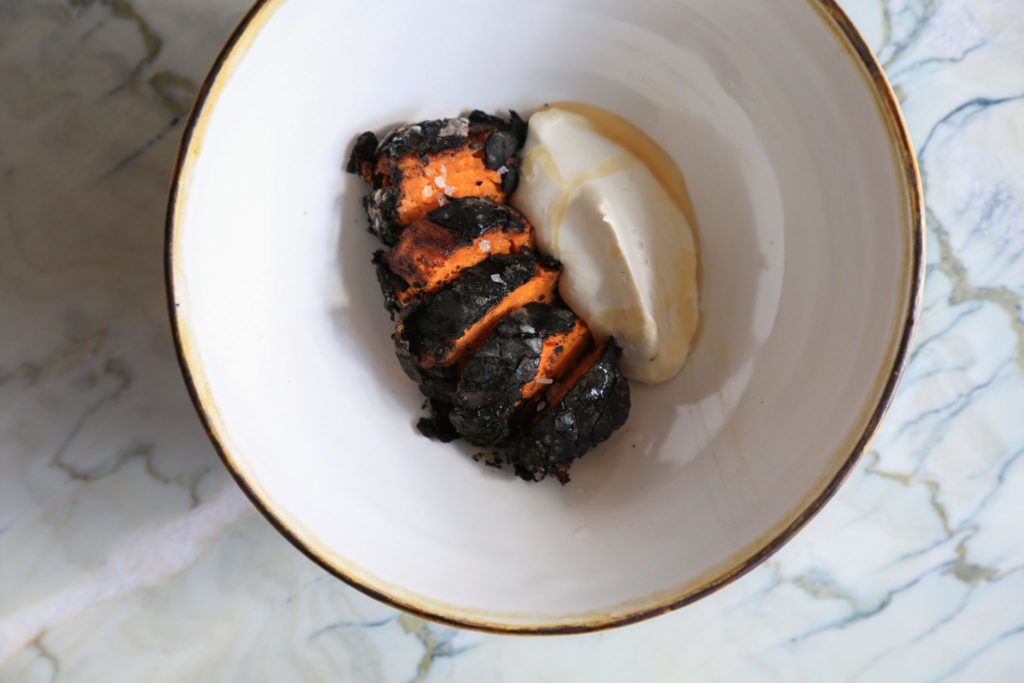 Does this look like desert? It should. Photo: Katie June Burton

I expected the meal to peak with the market steak ($28)—this one served off a handmade black ceramic plate, no less—which certainly delivered: tender, just the right amount of fatty, and most importantly layered in chimichurri, the national condiment of Argentina, made with finely-chopped parsley, minced garlic, oregano and white vinegar, bringing me right back to my days in Buenos Aires. But the real high point came during the dénouement, as I was finishing off my glass of Malbec and the chef placed dessert in front of me, ash-roasted sweet potato, blackened to a crisp with bright soft orange innards, alongside a contrasting scoop of whipped cream infused with elecampane, a herb in the sunflower family, which brings out the natural flavors of the sweet potato. It was an elegant vegetal riff on a hearty and traditional Argentine dish, which nicely sums up this restaurant’s entire ethos.

Leave a Reply to Annaliese Griffin