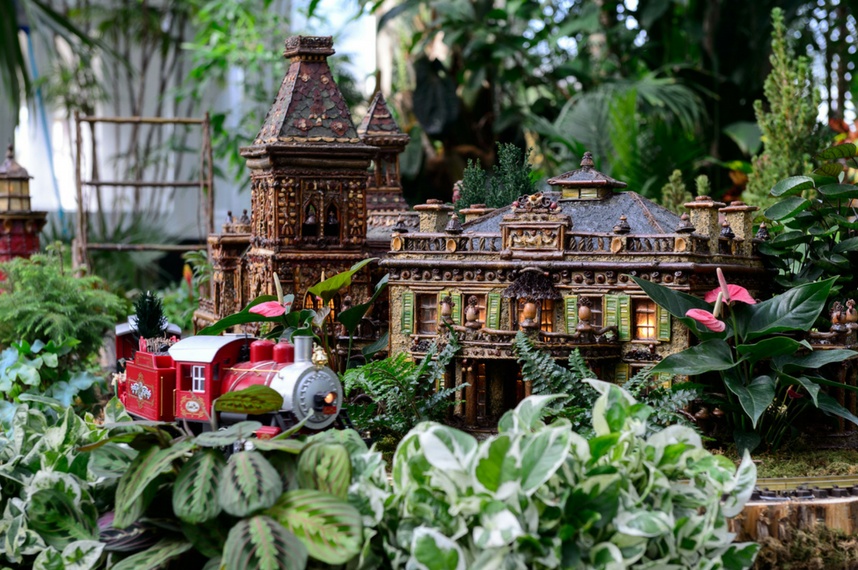 It’s time to throw out the Thanksgiving leftovers and jump right into the holiday season. This is the most magical time of the year, but also the busiest. Between parading down 5th Avenue to see the holiday windows, driving to Dyker Heights to see the crazy Christmas lights, and shopping your way through a never ending holiday gift list, there might not seem like there’s time (or money) for anything else. Yet, this is also the time of year for great performances and holiday extravaganzas. The chill in the air might force you inside, so we’ve also got some movie suggestions. Pour yourself a big glass of (spiked) eggnog, and find your inner cheer.

Take them to a free Broadway show 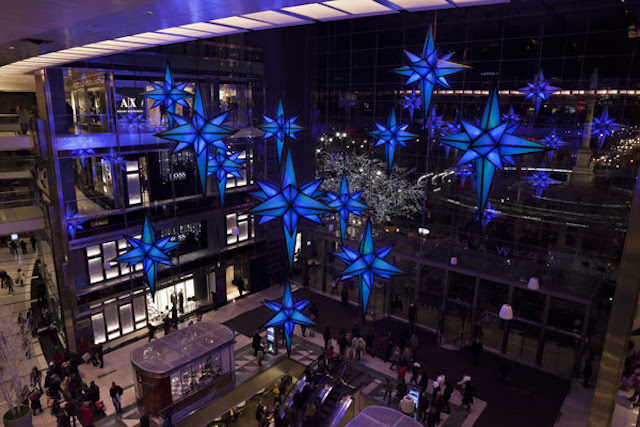 Free snippets of Broadway musicals may give kids the perfect taste. Photo: The Shops at Columbus Circle

There’s no better time to take in some live theater, than around the holidays. Radio City Music Hall’s Christmas Spectacular is a feat of high kicks and dance numbers. We have recommended “Peter and the Wolf” at the Guggenheim as a holiday tradition. Broadway is booming this time of year, with families lining up at TKTS for Charlie and the Chocolate Factory, Aladdin and SpongeBob SquarePants discounts. But a cheaper option for giving your kids a taste of Broadway is to swing by The Shops at Columbus Circle for” Broadway Under the Stars,” 100% FREE broadway musical performances. Monday December 4th at 5pm, see highlights from Chicago, Waitress and Anastasia, and on Monday December 11th at 5pm, get a sneak peek from the musicals SpongeBob SquarePants, Once on This Island and A Bronx Tale. Performances are free to attend and open to the public, no reservations or tickets required. The Shops at Columbus Circle, 1 Columbus Circle, Manhattan.

See The Nightmare Before Christmas Live 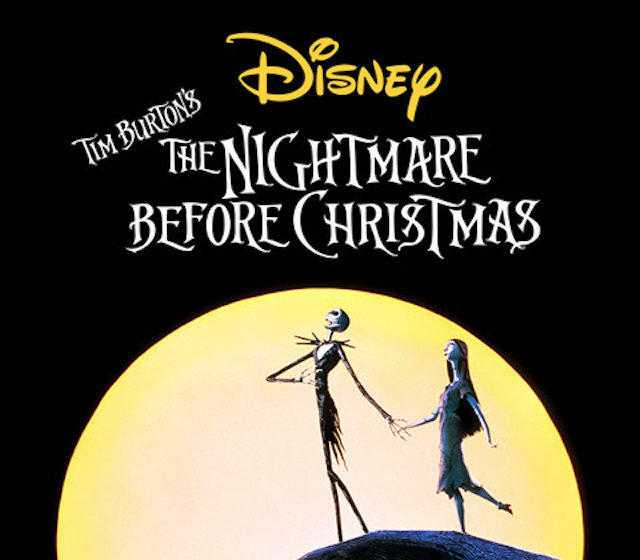 If your family prefers a little dark edge with your Holiday cheer, you may be interested in seeing Tim Burton’s The Nightmare Before Christmas: In Concert Live-to-Film on December 6th and December 7th. Danny Elfman, who wrote all the songs and sang as one of the voices for the film, will be singing live, as well as a few of the other original cast members, accompanied by a full live orchestra. Audience members are encouraged to dress up in costumes. The movie has a bit of Tim Burton’s signature goth vibes, but is really a sweet family friendly movie with just a tiny bit of creep. Common Sense Media suggests that it is appropriate for kids 7 and up, but the 8pm start time on a school night may make it better suited for older kids with a later bedtime. (Younger ones can rent it on Amazon. Just turn the volume up and it will almost be the same thing.) Tickets start at $35. Barclays Center, Brooklyn. 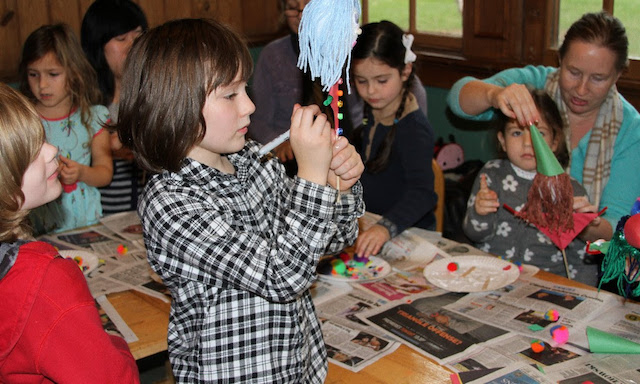 Kids will have a chance to make their own stick puppets at these holiday themed workshops. Photo: Swedish Cottage Marionette Theatre

A wonderful option for introducing little kids to a special “only in New York” live performances is the Swedish Cottage Marionette Theatre in Central Park. Every year they perform The Three Bears Holiday Bash, a variety show that celebrates the holidays with song and dance. Tickets are only $8 for kids and $12 for adults and take place in a gingerbread house smack in the middle of the park. This year, they are holding holiday themed post-performance arts workshops for young theater goers. “Decorate a Dreidel, Dreidel, Dreidel” on December 11th, “Christmas Elf Stick Puppet” on December 15th, and “Kwanzaa Stick Puppet” on December 29th all sound like great ways to get kids into the holiday spirit! Workshop and Performance packages are $18 and include the performance price. Swedish Cottage Marionette Theatre, West 79th and West Drive, Central Park.

See the bull who doesn’t want to fight

Can we suggest reading the classic Munro Leaf book to kids before seeing the movie? Photo: Big Sky

Kids have been seeing previews for the Blue Sky Studio’s flick, Ferdinand, since summer. My son has been asking monthly when he will finally be able to see it. The answer is that it finally hits theaters on December 15th, and fans of the giant but gentle bull will probably be entertained. Based on the classic book, The Story of Ferdinand by Munro Leaf, is about a bull who doesn’t want to fight and would rather sniff the flowers. Kids will love the wacky adventure and rude humor and parents will love hearing the voice of Kate McKinnon and Bobby Cannavale.

Take them to the cinema 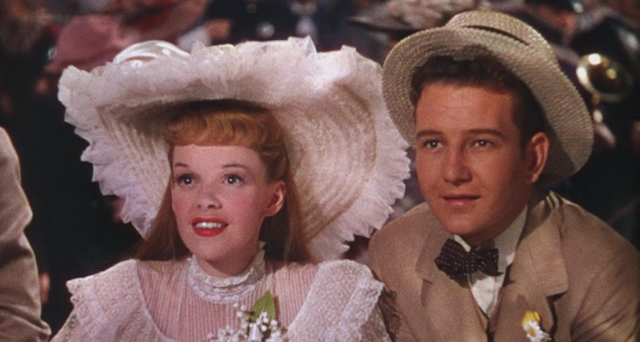 Judy Garland’s talent reaches beyond the rainbow. Take your kids to “Meet Me In St. Louis” for classic family fun. Photo: Metrograph

If you just can’t bring yourself to sit through one more animated kids movie, we hear ya! Metrograph has just the remedy to your Pixar ailment in the form of Playtime: Family Matinees. These family friendly films are curated selections culled from the classic canon, and will introduce your kids to the golden age of cinema. December picks include Mon Uncle (December 2nd and 3rd), Singin’ In The Rain (December 9th and 10th), Meet Me In St. Louis (December 16th and 17th), A Hard Day’s Night (December 23rd and 24th), and 20,000 Leagues Under the Sea (December 30th and 31st.) All showings are at 11am. Tickets: $12. Metrograph, 7 Ludlow St., Lower East Side

Stock up on the essentials 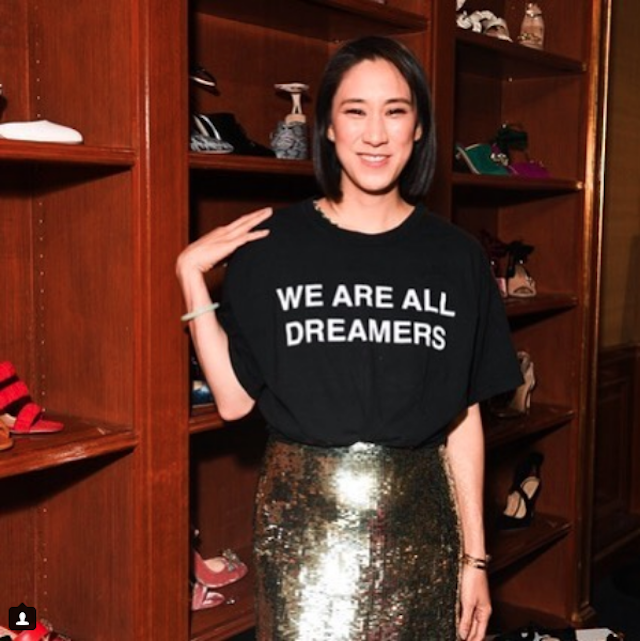 Instagram icon Eva Chen is known for her amazing taste. Her lists of what to buy and what to read is epic. Photo: @evachen212

If you need to buy baby or children presents stat, let us direct you to a superb newsletter put together by Eva Chen (Director of Fashion Partnerships at Instagram, and previously Editor-in-Chief at Lucky Magazine.) Her very practical guide to baby gear,  a sweet round up of children’s books, and a random list of things she likes will help anyone looking for perfect gifts. From parents to babies, there’s something for each person on your list here. (Electric toothbrushes for everyone with teeth!) The biggest problem will be not buying all the swag for yourself, as all the items really do seem so essential.

Watch the holiday trains pull in 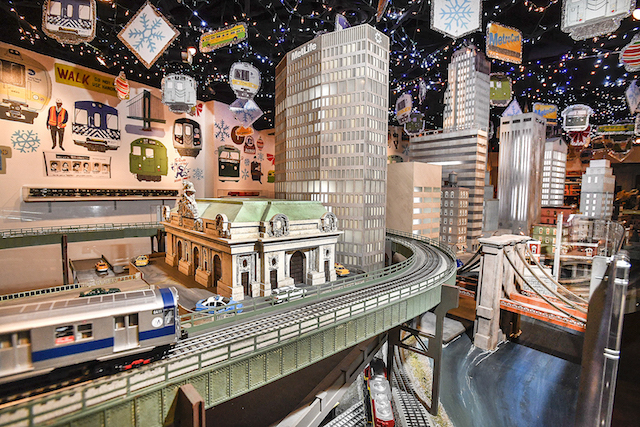 I’m not sure what trains have to do with the holidays, but this time of year is rife with freight trains. Do your kids love watching Polar Express on repeat? This year, take them to a real train extravaganza. If you want to make a grand gesture, nothing beats The New York Botanical Garden Holiday Train Show, where weekend tickets run $30 for adults and $18 for children ages 2-12 (plus the cost and inconvenience of getting there, as it’s not very subway accessible). But the admission price includes seeing an entire miniaturized NYC with replicas of your favorite landmarks, a play train, a Thomas and Friends performance, and use of the Botanical Garden grounds. If you want something simpler and more economical, check out New York Transit Museum’s Holiday Train Show at the Grand Central Annex. The exhibit is set against a backdrop by artist Josh Cochran and features Lionel trains traveling along 34 feet of rail over two levels, and features the various types of mass transit in NYC. The exhibit is on view until February 4th, 2018 and is completely FREE.

Foster activism at an early age 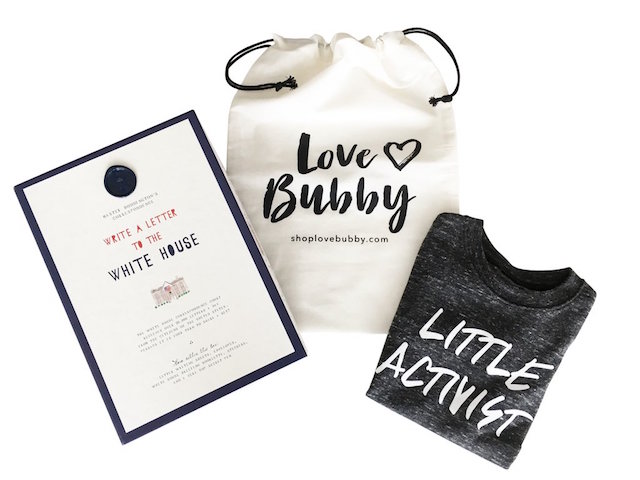 After mailing their lists to Santa, kids can start posting letters to the White House. Photo: Love Bubby

At this point, your holiday gift list is probably brimming over (as well as your child’s toy shelves). Although it might be impossible to buy kids a donation in their name to a cause of their choice, you could get them a gift to benefit action instead of just consuming. The Little Activist Gift Set ($60) would be a perfect compromise. Made by Love Bubby, a Brooklyn based brand, this Little Activist t-shirt comes in a gift bag with a pin and a “Write to the White House” stationary set by Mr. Boddington Studio. Letterhead, envelopes, stickers and an informative guide about writing to the White House and tips for writing to the President are included. Sizes from 12M to 6T.

If you are looking for some culture during your staycations while the kids have off from school, then look no further than “Hansel & Gretel” at The Metropolitan Opera at Lincoln Center. Although it is a familiar storyline, based on the classic Grimms fairytale, the run time (including intermission) is over two hours, so it is not appropriate for the toddler set, and evening performances may be too late for school-age bedtimes. On Thursday December 28th, however, there is a special 1pm matinee performance that might just keep your kids awake. This performance will also include “a pre-curtain open house where audiences can connect with some of the designers, singers, dancers, musicians, and technical wizards behind the production.” Tickets start at $25. The Metropolitan Opera, Lincoln Center, 30 Lincoln Center Plaza.