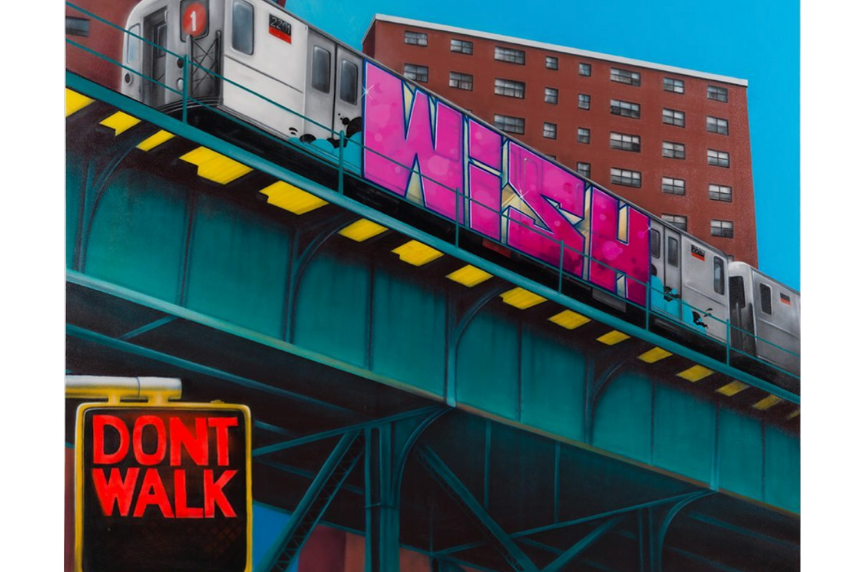 “Don’t Walk…Run!”, is part of a new series of paintings by artist Robert Provenzano, aka CES or WISH, a pioneer of “wildstyle” graffiti lettering. He’s one of the 150 street artists included in the “Beyond the Streets” exhibit at 25 Kent.

NOTE: “Beyond the Streets” is free Wednesday, July 10, 11am-8pm (7pm is last hour of entry), and the first 100 guests every hour receive a complimentary show poster.

Overlooking the now luxury Williamsburg waterfront, the art exhibition “Beyond the Streets” spans over 100,000 square feet in celebration and acknowledgment of graffiti’s impact on culture, and its journey from the streets to the galleries, auction houses, and favor of global brands. Four decades since Mayor Koch unleashed the Vandal Squad to crush the all-city dreams and clean rap sheets of NYC’s subway bombers, it’s now a rare occasion that an end-to-end burner makes it out into the world, much less gets painted at all. But the late 70s and early 80s subway yards were teeming with possibility, and luckily, many an enthusiastic archivist. “Beyond the Streets” is lovingly curated by one such professional enthusiast, graffiti historian and urban anthropologist Roger Gastman, who is responsible for co-authoring the book The History of American Graffiti, co-publishing Shepard Fairey’s now-defunct Swindle magazine, and co-producing Banksy’s Exit Through the Gift Shop. This multimedia event serves as the East Coast follow-up to his record-breaking 2011 Los Angeles show, “Art in the Streets,” at MoCA, and is set to run through the end of August.

For an art form so entrenched in the ephemeral world, “Beyond the Streets” delivers an exhaustive collection from over 150 artists, presenting pioneers and legends like Taki 183 and Stay High 149, shape-shifting aliens like Futura 2000 and Rammellzee, and heaps of historic photos chronicling peak city and MTA spray art saturation from the likes of Martha Cooper and Henry Chalfant, two premier photographers of that era. Fliers and stickers from streetwear and skate companies like FUCT (who recently made history with a trademark battle) and Supreme, who borrowed from the aesthetics of their surroundings, collaborating with artists to adapt their talents onto decks, t-shirts, and many a limited-edition commodity, fill display cases and walls full of vintage shades of enamel that are tempting to touch, since spray paint still lives in cages behind lock and key in NYC. 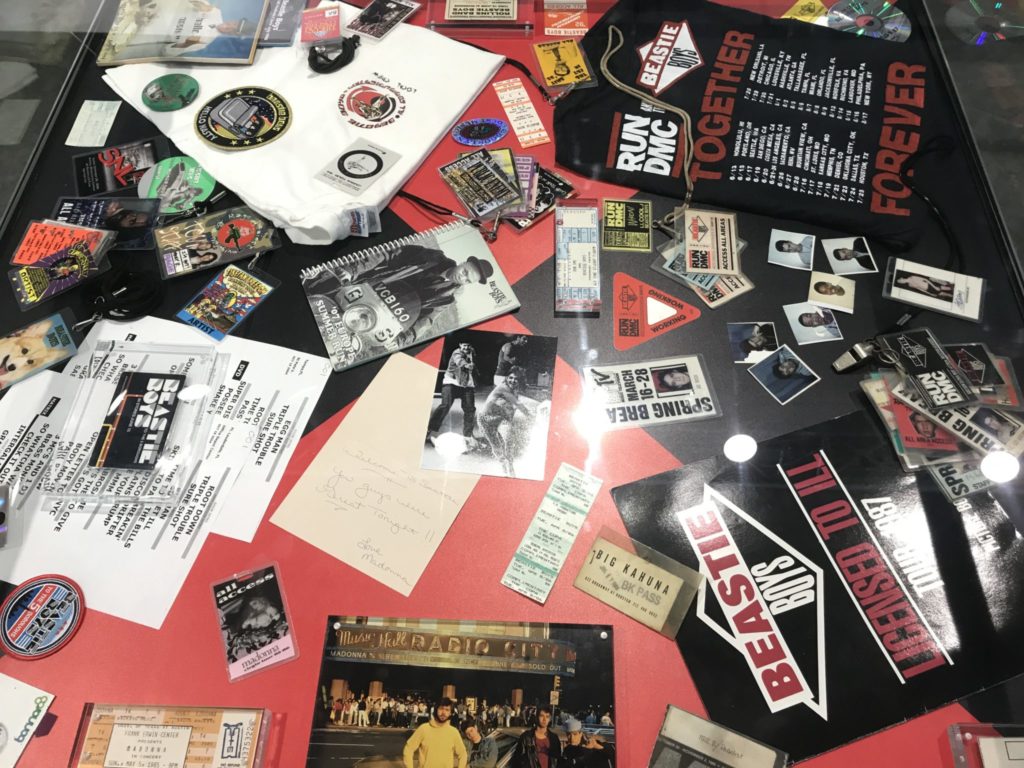 An installation celebrating four decades of The Beastie Boys is filled with reminders of their stylistic influence and symbiotic relationship with the culture as a whole, including a record collection full of sampled artists and influences that visitors are encouraged to peruse and play. Faile fills a room with interactive wooden totems, Trash Records present record bins full of album cover art scrawled and sprayed into perfection, Lady Aiko titillates with a stencil heavy peep-show, and Magic Touch inhabits the replica of a Canarsie home, made to function as a makeshift tattoo studio for those searching for permanent souvenirs beyond a show catalog. But don’t expect to just drop-in, the artist responsible for the flash art and the inking, Bert Krak of Smith St. Tattoo Parlour, isn’t always on premises and requires booking. 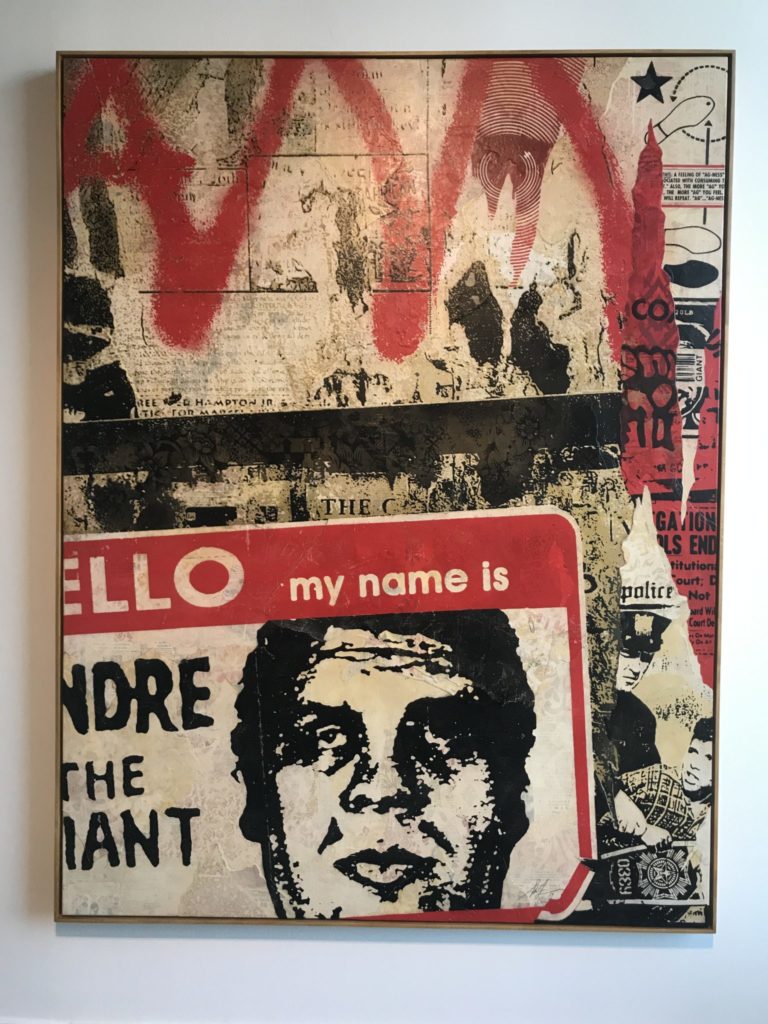 The collected works of Shepard Fairey is another must-see within ‘Beyond the Streets.’ Photo: Regina Bresler

Shepard Fairey’s 30th Anniversary installation, “Facing the Giant: 3 Decades of Dissent” presents wall-to-wall incarnations of his Orwellian street art as it’s evolved from an omnipresent and much-parodied sticker of Andre the Giant, to a wildly successful political campaign and back around to protest art. It’s fitting, since the floor is shared with the Guerrilla Girls, prints from the Black Panther Party, and Jenny Holzer’s “Truisms”, amongst more contemporary pieces that aren’t shy about their disapproval of our current state of affairs. 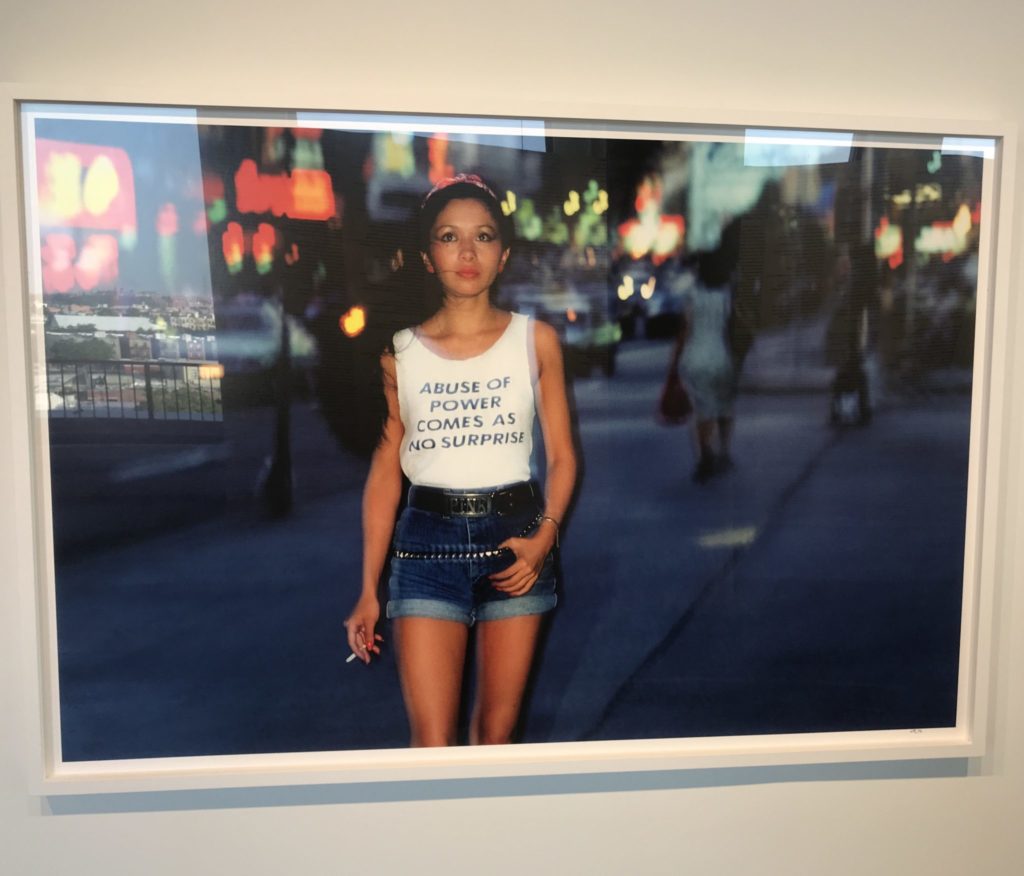 It is at moments bittersweet to look out the windows of the exhibit and unto the magnificent views of a gentrified city that looks so foreign from the images and artwork of decades past. A converted water-tower wine bar perched upon a luxury hotel deck is mere blocks in the distance, but at least for now, you can also see stolen corners of rooftops, rolling gates, and truck yards full of tags and evolving styles.

Give yourself three to four hours to explore the show, depending on how sentimental you get over Krylon and the birth of hip-hop, or how argumentative you get about the definition of graffiti. There’s a lot to take in and many interactive elements; you might find some long lost friends on those walls, or in the stacks and stacks of books and zines waiting in the gift shop for a place in your personal archives. And if you’re not the sort to do it already, take notice of the walls and alleys as you walk from the train to 25 Kent. Keep an eye out for corporate logos, too—they’ve fully caught on to the mass appeal of a fresh mural. 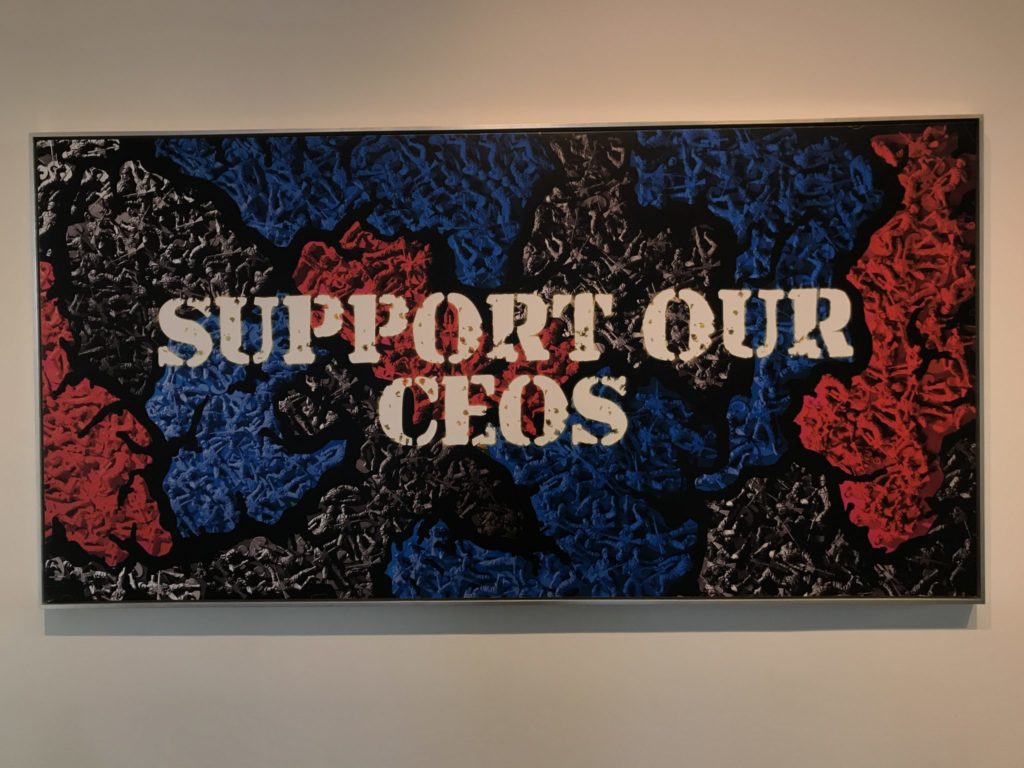