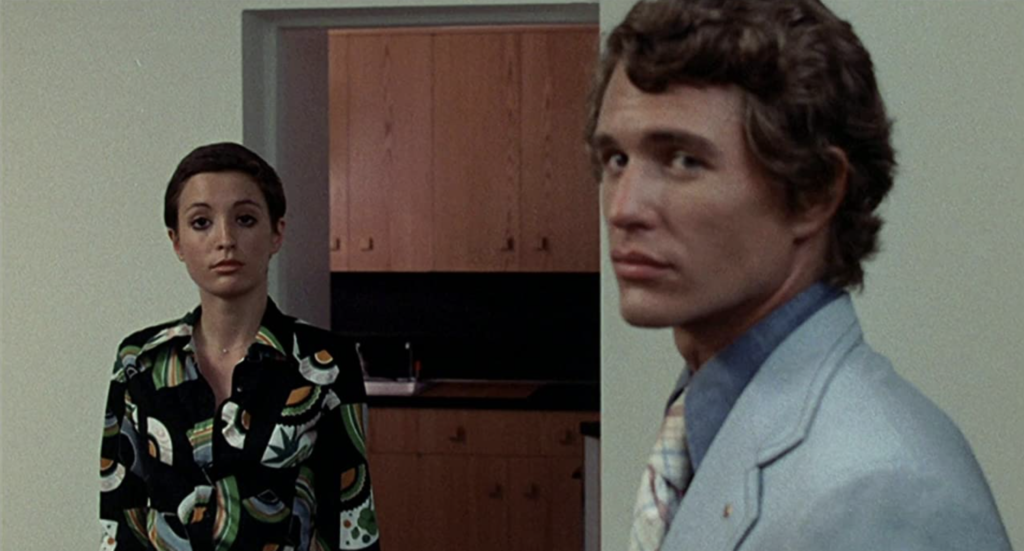 You think your apartment has issues. This Brooklyn Heights stunner turned out to be the gateway to hell in ‘The Sentinel.’

During the first 2020 presidential debate, Trump called NYC a “ghost town.” Taking stock of the full parks, streets and restaurants around us, that idea seems to be either more “fake news” or a symptom of the plague that might have already been infecting him at that point. Although NYC is nowhere near “empty,” it has always been a great place for ghouls and hauntings. The juxtaposition of a crowded urban landscape and fear that can only be experienced alone is a perfect pairing when done right. Plus, watching a cinemascape of NYC defeating psychopaths, the devil, witches, ghosts and vampires should give residents faith that New York will continue to endure. From terrifying flicks that will keep you up all night to horror-comedies to make you laugh, here’s a list to make you forget our current state of affairs.

If we can separate the art from the man for a moment, Rosemary’s Baby is a perfect movie. Mia Farrow shines as an NYC newlywed moving into The Dakota with her husband and next to some very nosy neighbors. Based on the novel by horror legend Ira Levin (who also wrote The Stepford Wives), the film is uber-creepy, glamorous and shocking. Getting pregnant is always nerve-wracking, but when it’s the devil’s spawn, it’s terrifying.

In the ‘90s, parents might have feared their kids would attend NYU and become heroin addicts, but they should have been worried about vampires! The Addiction is the most New York of horror, where director Abel Ferrera serves up gritty realness with Christopher Walken and Annabel Sciorra as creatures of the night, and Lili Taylor who gets a thirst for blood.

You never know what you’ll get when you sign a lease, and in this case, a model who moves to Brooklyn Heights unknowingly leases a gateway to hell. Tune in for the ‘70s Brooklyn locations (including the Brooklyn Promenade when it had a payphone on one end) and stay for the cat birthday party.

There’s nothing supernatural in this thriller. Just Audrey Hepburn as a blind girl trying to live her best life when con men looking for the drugs that she mistakenly picked up at the airport. This is a perfect movie for screaming at the screen when you can see her about to get killed even though she doesn’t notice. You’ll literally be at the edge of your seat.

Director Dario Argento is at the forefront of the Italian “Giallo” films, a particular brand of mystery horror. His films are extremely stylized with amazing soundtracks. In Inferno, part of The Three Mothers trilogy, a brother comes to NYC to look for his missing sister who believes her building is infested with witches. (Spoiler: It is.) Along the way, there is an underwater corpse swim, loads of gore and many bloody special effects.

If you are familiar with the Type-A moms at some of the schools in the city, you won’t be too scared by the characters in Black Swan. The pressure that kids have to go through these days is on full display when Nina (Natalie Portman) has to compete for the lead in The Nutcracker.

Yes, three-quarters of this slasher-flick takes place on a party boat on its way to NYC, when Jason hitches a ride from Crystal Lake. But the last half hour is an impressive cliche of gritty New York with gang members on every corner, attempted rape, steaming manhole covers and a rooftop boxing match. There is less gore in this 8th sequel than in previous chapters, and it feels like an attempt to move mainstream.

A satire based on the classic novel by Bret Easton Ellis, this film is a takedown of the wealth, greed and vanity of the NYC trade scene, just as the book did. But, Director Mary Harron also added a bit more psychology and over-the-top elements, while Christian Bale kills it (literally!) as the hedge fund serial killer.

The Warriors is usually categorized under “Action” flick, but if you had to make it across the city to Coney Island over the course of one night with every single gang of NYC after you, you’d be scared. Plus, these aren’t typical gangs, they look like they stem from a corona fever dream: The Baseball Furies, with their Yankees-style uniforms and baseball bats, The Lizzies, an all-girl gang that uses seduction as their weapon, and The Punks, denim overalls for everyone, but the leader is also on roller-skates. Plus the dirty subways of the ’70s will make you fearful of when they stop doing the late-night sanitizing.

This film was divisive when it premiered and even now scores less than zero on Rotten Tomatoes with the consensus that it’s not scary or funny. To that, I say, watch it again! Maybe what this film needed was a 25-year distance to appreciate Eddie Murphy as a smooth-talking Vampire and Angela Bassett as his unwilling victim. There are hilarious scenes with Kadeem Hardison (A Different World’s Dwayne Wayne) and the late hilarious, John Witherspoon. This is an underrated and underappreciated comedy.

If you’re in the mood to see NYC get slimed by something that isn’t coronavirus, then this charming romp is for you. The film still stands the test of the time and enough great things can’t be said about 80’s superstar Rick Moranis, who was everywhere at one time and then left the limelight completely, just to randomly be assaulted last week in Manhattan. This unprovoked attack on the actor, by a suspect who was ironically wearing an I Heart NY sweatshirt, is scarier than any ghost.